News Tina Charisma 'Regenerative Travel' Is the New Buzz Phrase, but What Does It Mean?
Home  >  News   >   The Perfect Minnesota Road Trip 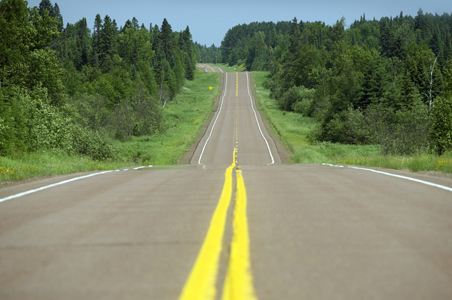 Midwesterners drive. We just do. In my experience, few sane Easterners will drive four hours to run an errand, then turn around and head back home the same day—yet I’ve witnessed my neighbors and friends run this exact course countless times.

The flatness of the plains terrain helps with this, making the driving itself all the more luxurious. Something about not needing to really steer allows your mind to wander further off-course than usual, leaving roadside images to pile up on your left and the road to accumulate behind you like a fat stack of ribbon.

Where I live now, in northwestern Minnesota, there’s hardly anything but road. The towns are like dots of settlement used to decorate a rolling landscape of low hills and calm prairies, jagged forests and blue-green lakes, bleary wetlands and buzz-cut fields; across this endless, varied terrain, it’s the blacktop that laces the Midwest tight.

My husband and I both work at home and think of road trips as a necessary diversion. We tend to make short, wandering forays to new areas whenever we find ourselves with a pocketful of free time. Here’s one of our favorites. 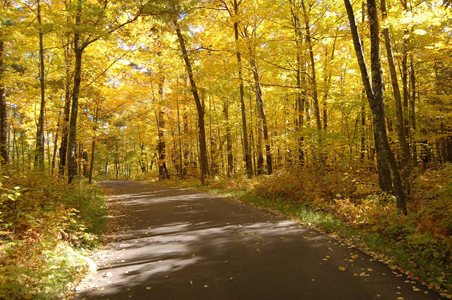 After you’ve grown bored of sunning yourself on one of the pristine local lakes (there’s perfect public-landing swimming to be found at both the crystalline Bad Medicine Lake and the shallow, sea-blue Big Sand Lake, among others) check out the lovely, double-wide, old-fashioned Main Street. Kids will love the charmingly vintage Cuzzin’s Candy Store, and moms will melt after having the best pedicure of their lives at the diminutive Downtown Diva, next to the historic Park Theater. (Block out an hour for it.) For dinner, head to Necce’s. The chef was a home cook whose dream of going pro got the better of her, and the food tastes just like that: it’s what an Italian chef might cook for her family on her night off. 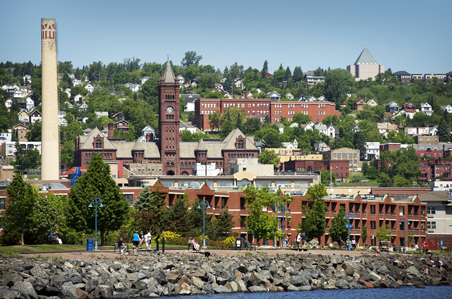 On the way to Duluth, stop at the Green Scene, an oasis of a deli and the only source for gourmet salads, artisanal tonic water, and marcona almonds within a 100 mile radius. Once in Duluth, you’ll see a sea of sweatshirts touting the names of high school sports teams throughout the state. This is the prime in-state vacation spot for Minnesotans.

Head straight to the Duluth Pack Store. This local company has been making waxed canvas camping packs—big, beer-bellied duffels with thick leather straps—for ages, but now it also makes hip backpacks and totes more suited to glamping or gliding around an urban jungle. (Check out the back room, where the discounted seconds live.)

When hunger kicks in, head to the nearby Northern Waters Smokehouse; its house-smoked Lake Superior fish (smoked lake trout being my favorite) and assortment of excellent, interesting charcuterie (we’re talking bison summer sausage here) make for some world-class picnic fare—which I would unfurl a few miles up the scenic highway at Temperance River State Park. You can’t walk too far without encountering a frothing waterfall or rocky ledges that jut out their chins, or twisted groves of trees. It’s Duluth; it’s all about your proximity to the shore.

Loop Through the Range

Leaving Temperance River, drive through a small town called Tower and stop at Sulu’s Cafe for the best pasties (pass-ties) on the Iron Range. These hefty meat-and-vegetable-filled handpies are on the extreme side of comfort food. Get the classic: beef and rutabaga, with a side of gravy—and coffee to go, because it’s the last strong cup for miles. (For all-day drinkers, they also sell watered-down "Lutheran" coffee.) Work your way westward on Highway 2, gathering appetite for dinner at Tutto Bene on Bemidji’s main drag. The transplanted chefs here are sautéing walleye cheeks and rolling hand-cut pasta in brown butter in a soaring, light-filled room. Their impeccable taste—along with the fact that they commission the vegetables to be grown in a neighbor’s high tunnel greenhouse—make this one of the best restaurants in the state. 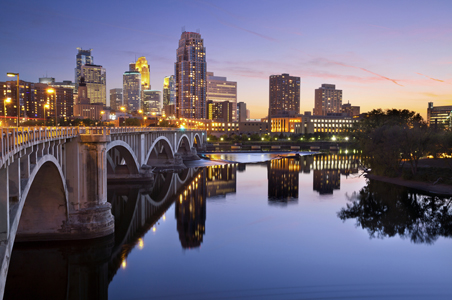 The trek from Bemidji to Minneapolis is a long haul between outposts, but when you arrive, windows down, local indie/vintage station The Current (89.3) blaring, it feels so nice to just be back inside the hive. St. Paul, with its cobblestones and Victorians, feels older and smaller, and like the last of the eastern cities; just over the Mississippi, Minneapolis has more edge, and is known its high design, strong coffee, and lately, for cutting edge cooking. The historic Swedish Institute has double draw: If you can drag yourself away from the historic galleries or the haute merch in the lobby, sit at the restaurant, Fika, where the earthy, ornate plates mix new influences with old ones, seamlessly folding smoked cherries, pressed cheese (Juusto), nasturium, and Swedish meatballs into the same era. But the very buzziest restaurant in town is Umami, the newest spot from the team behind the former Travail Kitchen and Amusements, chefs known for infusing their highly-respected avant-garde cooking with some wit and grit.

Amy Thielen grew up a few miles from the headwaters of the Mississippi River in rural Minnesota. She cooked in New York City restaurants for seven years under chefs David Bouley, Daniel Boulud, Jean-Georges Vongerichten, and Shea Gallante. Since returning to Minnesota in 2008, she has written for Saveur, Men’s Journal, and the Star Tribune, and won a James Beard Journalism Award in 2011. She lives in the country near Park Rapids, Minnesota, with her husband and their son. Her book The New Midwestern Table was published this month.