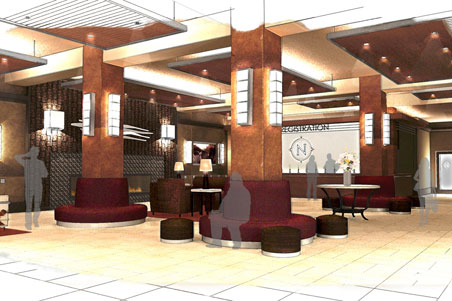 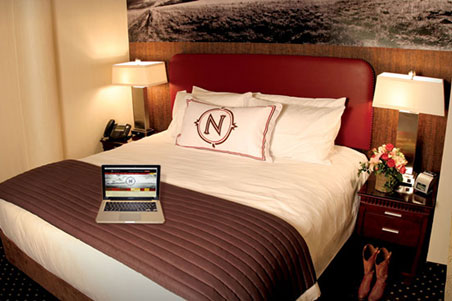 Inside the shell of a former hotel—Northern Hotel, built in 1904 and destroyed in a fire in 1940—an extensive renovation process brought new life and design to this 160-room property (including 47 suites) but without compromising its historical character. Two brothers, Chris and Mike Nelson, purchased the hotel in 2009 and embarked on its rebirth shortly after. Mitch Thompson engineered the interior design so that it’s a modern departure from the Old West—think brush metals and pole pines beneath a light fixture inside TEN, one of the hotel’s two restaurants. Above each red headboard inside the guest rooms is a landscape of vast, open land surrounding Billings. 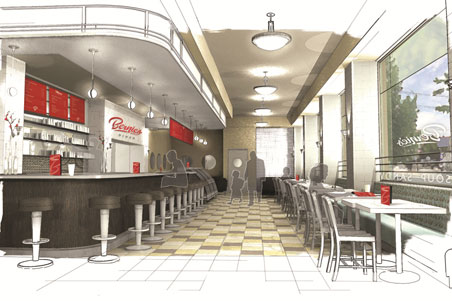 Inside the hotel (past glass panels featuring the region’s iconic wheat stalks) are two restaurants: Bernie’s Diner (with a soda fountain and upscale comfort food) and TEN (fine-dining ambiance with an early 1900s feel). An array of dishes with regional appeal—including bison short ribs—were designed by executive chef Eric Stenberg. There are also concierge-level services and a business and fitness center (both are available to guests at no charge). Around-the-clock room service is another perk.

Rates at The Northern start at $152 a night.