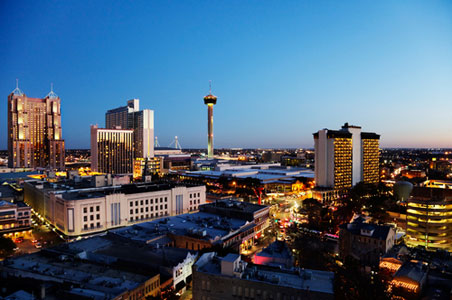 When most people think of San Antonio, the first images that come to mind are usually the the Alamo, SeaWorld, the vibrant Fiesta Festival parades, and of course, River Walk, made famous as a pedestrian thoroughfare along the San Antonio River, which winds through the heart of the city. And while each has their own appeal, there’s a lot more to this town than most people realize. In recent years, the true cultural fabric of the Alamo City—which owes its roots to a mélange of Spanish, German, Mexican, and even French heritage—has experienced a rebirth in the way of design, style, and flavor that makes San Antonio worth a special visit.

Skip the restaurants and retail shops on the south side of the River Walk near Commerce Street—not only are they often gimmicky and overpriced, they also lack an authentic flavor of San Antonio. Instead head to the north side of the river to East Grayson Street where you’ll find the newly revitalized Pearl Brewery, now known as The Pearl. Originally established in the 1880s, the Pearl Brewing Company was a Texas original with storied history lasting more than a century. After shutting its doors in the late 1990s, it has since been redeveloped as a vibrant mixed-use center for restaurants, shops, and live-music amphitheater using the original architecture of the old brewing company as the focal point of the 23-acre property. 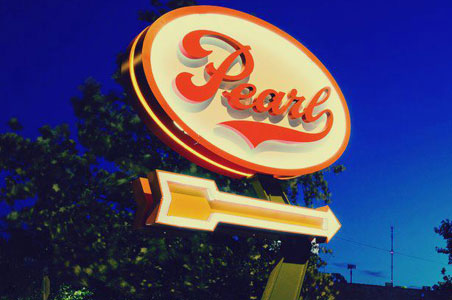 You’ll also find a hub for B-cycle, the first Bike Share program in the state of Texas as well as the Aveda Institute. It is home to one of four branches of the famed Culinary Institute of America. The CIA San Antonio’s claim to fame is its Latin Cuisines Certificate Program and its Center for Foods of the Americas, which promotes diversity in the US foodservice industry. The on campus restaurant, Nao offers a rotation of internationally-acclaimed chefs throughout the year and spotlight Latin American dishes that spotlight the flavors of Central and Latin America, the many regions of Mexico, and the islands of the Caribbean. There’s also the on-campus CIA Bakery Cafe serving lighter fare and a selection of classic pastries made with specialty items from Latin America and Mexico.

Just across the river from the Pearl is the San Antonio Museum of Art, which itself is housed in the former Lone Star Brewery. Along with its specialization in art of the Americas, it also includes eighteenth, nineteenth, and twentieth century American and European paintings, photography, sculpture, and decorative arts. Café des Artistes is SAMA’s restaurant which overlooks the river and serves French bistro fare. 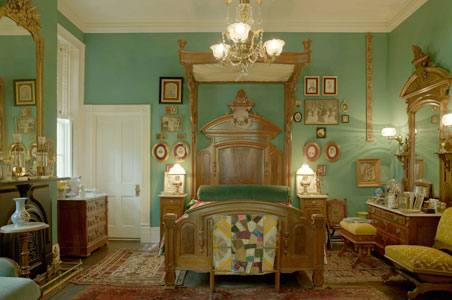 Next, hit the historic King William District and check out Villa Finale, a National Trust Historic site and former home of San Antonio preservationist and collector, Walter Mathis, who is widely recognized as the catalyst for the revitalization of the King William neighborhood in the late 1960s. Villa Finale is also home to more than 12,000 decorative, religious, and historic timepieces including what is believed to be one of the most complete collections of Napoleonic materials.

You’ll no doubt work up an appetite while perusing the myriad intriguing artifacts throughout the house, so scoot over to The Monterey, a local hangout that took San Antonio by storm in the past few years with a gastropub-style menu serving up what chef/owner Andrew Vasquez calls "glorified bar food," and a remarkably diverse and economical wine list. You won’t find white cloth tables or pampering service, but you will find good food, good wine, and a great taste of the city.

Cocktail guru Jeret Peña is lauded for bringing back what was once a dilapidated bar in a once sketchy part of downtown. When the Esquire Tavern opened its doors in 2011, many were curious to see if the craft cocktail locale, with its dark prohibition-era interior and elevated pub grub menu, could pass muster. Today, it’s one of the most loved spots in the city with an evolving menu of seasonal and classic cocktails to enjoy whether lunch, happy hour, dinner, or late at night. 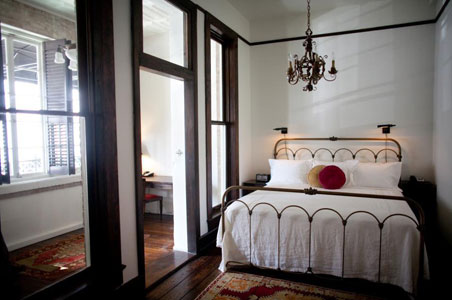 Hang your hat at the Hotel Havana. It’s definitely not your typical hotel. The hip Havana is a boutique oasis on the north end of the River Walk with a colorful Cuban-inspired flare and bold artwork housed in its rather modest outward appearance. Rooms are spare, but meticulously outfitted with vibrant vintage furnishings and decor. A stay at this chic-yet-cozy accommodation isn’t complete without a stop in at its adjacent lounge, Ocho, which sits just overlooking the river as a sort of robin-egg blue aviary serving up a sexy selection of cocktails and a petite menu of Latin-influenced snacks and dishes.

And while you’ll no doubt find your hands (and stomachs) full already, this month welcomes the opening of a few new spots worth a look including The Granary ‘Cue & Brew, a barbecue and brew pub housed in the 1904 home of the original Pearl Brewery. This will be the first beer made on premise since the Pearl Brewery shut down more than a decade ago. 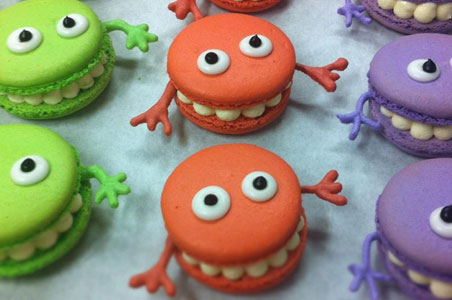 Bouchon Bakery alums, Anne Ng and Jeremy Mandrell, bring a simple, fresh, and flavorful approach to baking with Bakery Lorraine, with classic bakery-style dishes using seasonal ingredients as well as a wide assortment of sweet treats including Parisian macarons, tarts, and Viennoiseries. Housed in the original Pearl Brewery boiler house, the new Boiler House restaurant will serve an eclectic mix of Texas ranch-style cuisine with a unique selection of wines, while the Arcade Midtown Kitchen is the soon-to-open concept from nationally-renowned chef Jesse Perez featuring a creative spin on modern American cuisine next to the historic stable house at The Pearl.