15 Tips for Enjoying Disney at Any Age

Memorable, mayhem-free, Walt Disney World vacations can be had—if you know the shortcuts that will keep you sane, and your entire family happy. Just back from a vacation there, Fodor’s editor Paul Eisenberg is already planning a return trip with help from travelers in the Travel Talk Forums. Here are just a few of their recommendations for making the most of Disney’s magic. View all of their responses and add your own. 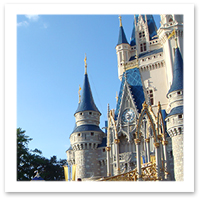 1. “Paul, did you do the Monsters Inc Laugh Floor (Tomorrowland, Magic Kingdom)? Very funny and seemed to appeal to younger kids and adults.” — 321go

2. “The baby swap pass is the best. You have to remember to ask for it when you first enter the line and usually the employee will need to see who is remaining behind to make sure people aren’t abusing it. But the ability to ride again through the fast pass line with an additional 3 people is great.” — lolfn

3. “For first-timers and parents with very little ones, it is highly recommended that you stay at a hotel with the monorail station. I was very surprised at how huge of an area Disney World encompasses as I had only been to the California and Tokyo parks in the past. It was mind boggling, and somewhat of a challenge going from one park to another with little children, trying to fit everything into the schedule while the kids are on their own schedule.” — offlady

4. “Having a birthday? Stop in the Town Hall at MK and get a special button. Cast members will greet you, sometimes move you to the head of the line, our DD was given a free dessert at the Studios and free candy in the candy store.” — ellen_griswold

5. “Feel like a trip to France but the high Euro is getting you down? Head on over to Epcot’s France pavillion and watch the movie “Impressions de France.” This is a 180-degree sit-down movie (with a/c in the summer!) that takes you on a romantic, picturesque journey thru all regions of France. The music is fabulous.” — swisshiker 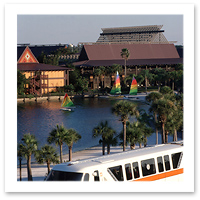 6. “My husband and I haven’t been in a couple of years but we’ve gone extensively over the years. We love to hit The World Showcase for happy hour and drink our way around the world. Since we are using Disney transportation, the designated driver is included!” — Gotravel

7. “Stay on site at Disney as well. It does offer numerous perks. We liked the Port Orleans in the moderate hotel line and also it has a great pool area. We also stayed at the Polynesian (photo, right). It was very convenient being on the monorail. We had my parents with us and this made it easier for all of us to come and go to the hotel as we wanted.” — girlonthego

8. “I love Disney World and have been 3 times. I even proposed to my wife at Epcot. I did it just as you enter the park. The great thing about doing it there was the photographers Disney set out there. They took tons of photos and even gave us some free copies when we went to pick them up.” — panhandle

9. “My tip would be that if you can stay at Animal Kingdom lodge take the Safari offered through the hotel. Great insider information into the care of the animals and up close and personal interaction. The morning safari is through the Animal Kingdom park safari ride and is before park opens and they are just letting the animals out and they are very active.” — lindsyb 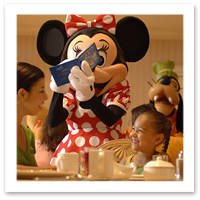 10. “My 4 yr old really likes the Land at Epcot (next to Soarin). It was easy going and they got to learn about hydroponics etc. I think that is a little known ride for the youngins and people tend to skip it but she truly enjoys seeing all the cool veggies they grow.” — alliegator

11. “Another good spot to meet characters is behind the castle in MK. Just outside the shop Tinkerbell’s Treasures is an area where characters rotate throughout the day for photos. The lines seemed pretty short here and there was no wait for a photo and hug with the Fairy Godmother on our visit.” — highflyer

12. “My wife, mother-in-law and their extended family spent a week there during the 1st week of December last year. My 1st general tip would be to go that time and ONLY that time if you wish to maximize park time while capturing the Disney essence of the (holiday) season.” — ameryhm

13. “I really, really wanted to go on the Garden Tour at Epcot (photo, right) and although my husband has been drug on many garden tours over the years with me he just didn’t want to spend the time at Epcot doing a garden tour. Well, because we have been married 25 years we were able to come to a “compromise” and I made reservations for the tour. You guessed it! He was enthralled. He still talks about what a great tour it was.” — loveyblue 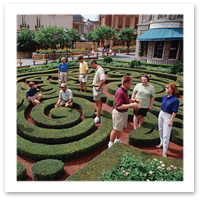 14. “Visit the parks in January after all the kids go back to school. This was the best trip we had at Disney. It happened to be very cold – but that was a fluke. The parks were empty – we had so much fun. We never had to rush, we had lots of picture time with soo many characters.” — MiamiBeachMomma

15. “However, if you go to Animal Kingdom first thing in the morning on the day it is scheduled to open early for the “magic hour,” you can go directly to the line for the safari ride and get on the ride within just a few minutes with the added bonus of seeing the animals when they are active early in the morning.” — npurpleh2

17. “When my family of now adult-children has gone in recent years, we’ve really enjoyed renting a boat in Downtown Disney for an hour or so on a down-day. There are these nice boats with canopies that comfortably seat at least the 6 of us adults, and you can tool around past Port Orleans and the treehouses.” — alyssabc

18. “Another way to get great Princess interaction is to have a meal at Akershus at Epcot. It’s an easier reservation to get than Cinderella’s castle. We had lunch there and Cinderella herself was there! (Along with Belle, Jasmine and a couple of others.)” — missypie