News Ronny Maye Should You Cancel Your Vacation to an Area Impacted by a Natural Disaster?
NewsThe Best Price? Hotel Rate Price-Fixing Alleged 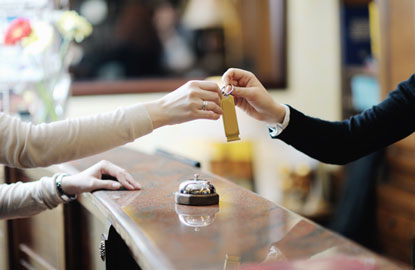 With so many "best price guarantees" showing online, how can you be sure you really are getting the best deal on your hotel booking? According to a lawsuit filed this week, the answer is disappointingly simple: You never will because the online travel agencies have agreed to fix prices, removing competition from the market.

The suit, filed in California, alleges that the online retailers and hotel operators have entered into written or verbal agreements to set minimum prices at which hotel rooms can be sold. Any company wishing to sell the hotel rooms was required to agree to these minimum rates as a condition of access to the hotel room inventory. Agents who wanted to actually provide discounts to customers would be shut out of the business.

Said Steve Berman, the lawyer representing the claimants, "The large online travel sites, working with hotel chains, have created the illusion that savvy consumers can spend time researching hotel rates online to find good deals. The reality is that these illegal price-parity agreements mean consumers see nothing but cosmetic differences and the same prices on every site."

The lawsuit is seeking class-action status and financial damages from the hotels and booking agencies based on the presumed higher prices which customers paid because of the agreements.

The list of companies named in the suit covers many of the major booking sites and hotel chains, brands which have worked hard to establish themselves as providing the best rates for their customers. On the booking side Expedia, Travelocity.com, Sabre Holdings Corporation, Booking.com, Priceline.com, and Orbitz Worldwide are all listed. Hotel operators named include Hilton Worldwide, Starwood Hotels & Resorts Worldwide, Marriott International, Trump International Hotels Management, LLC, Kimpton Hotel & Restaurant Group, and Intercontinental Hotels Group.

This is not the first pricing scandal to hit the online hotel booking space. In late June, Orbitz admitted that they would lead customers using certain web browsers to higher priced properties than other users saw. In that case, all the hotels were still available but, once again, the retailer was doing everything it could to maximize the revenue. And while they were on the defensive when the situation was uncovered, it was not considered to be illegal. That is not the situation this time around.