By Arabella Bowen and Cate Starmer

With rising fuel costs driving airfares upwards and the Euro’s boom affecting hotel rates (1 US dollar = .67 euros at this writing), many travelers are rethinking that summer holiday on the continent. But think again. We’ve got the smart solutions and insider tips on where to find the best deals during this peak travel time. Your money will go farther if you follow these two strategies: Seek out countries hit hardest by the debt crisis and pick places that have yet to adopt the euro. Here are our top seven destinations to get the best value for Europe’s busiest travel season.

Berlin: Culture on an Artist’s Budget

Fifty years after construction began on the Berlin Wall, Berlin has morphed into one of Europe’s most culturally rich cities, with classic and cutting-edge art scenes that rival those of London and New York. Yet it’s done so while keeping prices in check. Affordable design-oriented lodging abounds, like Propeller Island City Lodge (from 99 euros) in Charlottenburg and Lux Eleven (from 115 euros) in trendy Mitte. Take advantage of savings passes like the combination ticket (12 euros) for Museum Island, a unique consortium of five cultural institutions in the middle of the Spree River that’s been designated a UNESCO World Heritage Center. Excellent public transportation, from the U-bahn (subway) to buses and trams, makes getting around both effortless and cheap. And much of the burgeoning local art scene can be experienced for free, by popping into the modern galleries in the up-and-coming Brunnenstrasse neighborhood. For more of Berlin’s art scene, be sure to keep your eyes peeled for street art everywhere you go. Start Planning with Fodor’s Berlin Travel Guide.

Budapest: Europe without the Euro

Though Hungary’s been part of the European Union since 2004, it has yet to adopt the euro. That’s a boon for would-be travelers, as the local currency took a hit in 2010, and these days, you can get 187 forint to the US dollar—a far better deal than converting to euros. With its splendid Danube setting, the country’s capital, Budapest, is undeniably picturesque, and exploring the city by tram is an inexpensive way to take in the scenery; we particularly like whiling away an hour on Tram 56, which wends into the heart of the Buda Hills. Summer festivals are another top draw; early August brings Sziget one of Europe’s best music festivals to Óbuda Island (this year’s round-up includes Amy Winehouse, Interpol, The National, and the Deftones on its impressive roster), while the week after Labor Day welcomes the wine-tasting Arbor Fesztival to the grounds of Buda Castle, a UNESCO World Heritage Site. Getting here is also more affordable than you’d think: Direct flights on Hungarian Airlines cost 20% less than Rome and Paris in July and superior rooms at the luxury Kempinski Hotel Corvinus Budapest top out at under $200 a night this summer, with free wifi included. Plus, you can say goodbye to jetlag with a dip at the famed thermal baths of the Gellert Hotel (no reservations required) or a jolt of coffee at one of the city’s elegant coffeehouses. Start Planning with Fodor’s Budapest Travel Guide. 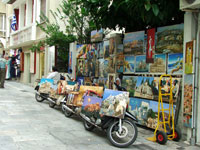 While the image of economic riots in central Greece may still be top of mind, it’s worth remembering that Greece’s culture and monuments have long withstood the test of time. The debt crisis, combined with the legacies of the 2004 Olympic Games (which introduced a modernized metro system and a slew of mid-range hotels to bustling Athens), have made the capital more affordable and easier to navigate. Budget-friendly options like Acropolis Select (from 80 euros) and Plaka Hotel (from 135 euros) won’t break the bank, though be prepared to pay extra for breakfast or an Acropolis view. A one-week pass to all the sites and museums along the Unification of Archaeological Sites walkway is a slim 12 euros and the unmissable Acropolis Museum that opened in 2009 is just 5 euros. Athens is also the jumping off point to the sun-kissed Greek Islands; you’ll get better value by skipping Mykonos and Santorini and visiting smaller, off-the-beaten path islands like Folegandros instead. Getting there by ferry is half the fun, too. While you can splurge on high-speed routes with private cabins, longer crossings cost less and allow more time on deck to admire the Aegean Sea. Start Planning with Fodor’s Greece Travel Guide.

Iceland’s debt crisis lowered tourism costs in popular Reykjavik and the 2010 Eyjafjallajokull volcano eruption further setback the country’s recovery. Add on the short flight from East Coast hubs and some of cheapest tickets to Europe, and Iceland looks more appealing than ever. Check out fares from Icelandair, long known for free stopovers en route to other European destinations, and also Delta’s new flights from New York’s JFK to Reykjavik that start June 1. Once you’ve landed, stretch your budget (1 US dollar = 181 Iceland krónur) by getting out of the capital and into the dramatic countryside. The 190-mile "Golden Circle" route is a memorable drive that covers all the popular highlights, from volcanic landscapes and Europe’s largest waterfall, to active geysers, and classic fjord views, much of which is free to see. A notable exception, the famous Blue Lagoon (28 euros), is worth the price to soak in its healing geothermal waters. Because June to August is peak time for travel in Iceland, book as far in advance as possible and look for breakfast-included hotel rates for extra value. A more affordable lodging option, a local farmstay, is a great way to experience Icelandic culture. Start Planning with Fodor’s Iceland Travel Guide.

Yes, Ireland’s still pricier than other European destinations on this list, but this travelers’ favorite is nonetheless more affordable than it has been in years past. Many hotels have dropped their prices substantially since the height of the 2008 Celtic Tiger boom, and package deals (not to be confused with group tours) can make an Ireland trip affordable and effortless. Case in point: Sceptre Tours’ weeklong Emerald Isle option includes roundtrip air, six-night lodging, and a rental car from $829 between June 1 and June 15 (bear in mind that automatic cars are more expensive than stick shift in this part of the world, so the price can go up). If booking your own trip, look for reasonably priced country B&Bs (bonus: a full Irish breakfast can mean a light lunch) or choose from a surplus of discounted hotel rooms left over from the construction boom. Many of Ireland’s top attractions are also free, such as scenic drives like the Ring of Kerry, and you can save on historic home visits with a Heritage card (21 euros). And if all that sightseeing makes you thirsty, head to the local pub for a pint of Guinness (5 euros) and free entertainment like traditional music. Start Planning with Fodor’s Ireland Travel Guide.

We recommended Kraków as a place to visit in 2008 (yes, we’re that ahead of the curve!), and it, along with Poland in general, has since become one of Europe’s rising stars, with top reasons to visit that include Baroque castles, picturesque river gorges, medieval marketplaces, and sobering reminders of history at Auschwitz and Birkenau. As Poland is outside of the Eurozone, greenbacks go farther in the local currency (1 US dollar = 2.7 zloty). Plan an itinerary that starts in Budapest (another one of our value cities) and ends in Warsaw, or see the highlights on a six-night escorted tour from Stay Poland that covers accommodation, ground transportation (but no flight), and meals in Warsaw, Krakow, and Zakopane from $1,300 per person this August 5 to 11. Start Planning with Fodor’s Poland Travel Guide. 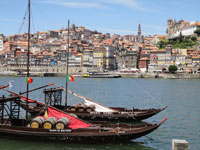 Oft-overlooked Portugal offers some of the continent’s best values and uncrowded experiences to boot. Appealing beaches, sun-drenched vineyards, sophisticated cities, and flavorful cuisine are all part of the country’s agreeable mix—for much less than neighboring Spain (and a fraction of Italy). Know the local lingo to find lodging and dining that fits your budget: residencias and pensões are simple yet affordable accommodations, while posaudas (inns) are more atmospheric and more expensive; churrasqueiras serve charcoal-grilled dishes, while marisqueiras are pricier restaurants. Free walking tours of the hilly Victorian streets of Lisbon are a great way to work up an appetite for fresh seafood and old-fashioned hospitality; getting lost in the Alfama neighborhood is a rite of passage for travelers. For a day trip, check out the must-see National Palace (4 euros) in Sintra. Three hours north of Lisbon by train (30 euros) lies Porto, an atmospheric town at the confluence of the Douro River and the Atlantic. Here, Portugal’s renowned port-making lodges offer free tours and tastings, even at big names like Sandeman. Vineyard stays in the nearby Douro Valley are a downright steal in comparison to well-trammeled Napa and Tuscany; here, the contemporary Aquapura is running a summer special for $434/person for two nights with breakfast, two three-course dinners with wine, a river cruise, and a spa treatment for two. It’s also easy to help the local economy: Colorful azulejo tiles are affordable splurges and make the perfect souvenir. Start Planning with Fodor’s Portugal Travel Guide.