Ten Things NOT to Do in Italy

The more time you spend in Italy, the more you’ll notice that Italians love telling you what to do…whether you ask them for advice or not. Try this wine. Try it again. Pass that semi truck—you can do it! Wear different shoes. Change your hair; you’re not eighty. Loosen up. Mangia, mangia! For a change of pace, here’s a list of things NOT to do in Italy—a country as beloved for its passionate people as its natural beauty and delicious cuisine. 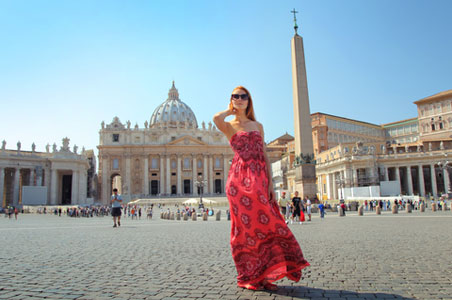 Head to Vatican City in a tube top

We know the desire to charm the Italians with your spaghetti strap sundress might be overwhelming, but visitors in skimpy clothing are forbidden to enter holy sights. If you can’t bring yourself to wear a top that covers your shoulders, tuck a scarf or cardigan into your bag, and use it to make yourself presentable when you’re on holy ground. 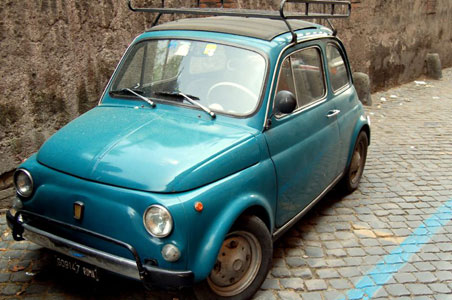 Park inside the yellow lines

Or the pink ones, if you’re eating for one. Or the blue ones, if you want to save a few euro. Few things are as gutting as heading back to the parking lot and finding a parking ticket on your rental car, or worse, a stark gap where your car used to be. In an Italian parking lot, the white-lined parking spaces are free, the blue-lined are paid, the yellow-lined spots are for disabled motorists, and the pink spots are for expectant mothers. As for potential parking spots that have no lines at all, be sure to look for Zona di Rimozione (Tow Zone) or Divieto di Sosta (No Parking) signs. Or just do as the Italians: cross your fingers and park on the sidewalk. Sideways.

Expect things to happen according to schedule

One of the first things any visitor to Italy will learn is that there’s time…and then there’s Italian time. Italian time is elastic (don’t be surprised when your 4 p.m. Colosseum tour starts at 4:30) and so are business hours. Many businesses—even, bafflingly, restaurants—shut down for lunch and will also be closed two days a week, days which vary from business to business. Double-checking business hours is crucial unless you enjoy making empty treks. Public transportation is also often “out of order” or delayed, so give yourself ample padding between travel connections. 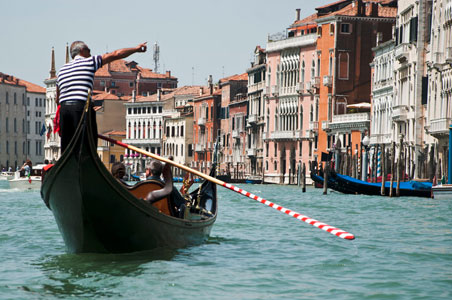 Get fleeced by a gondolier

Taking a gondola cruise in Venice might seem like the most romantic thing on earth until you get the bill. Surprise: a gondola ride can cost upwards of $65 per person (!), and even more if you have a shady gondolier. If a $65-$130 boat ride isn’t in your budget, but you still have your heart set on floating along Venice’s canals, consider hopping aboard a traghetto—one of the water taxis used by Venetian locals when they want to cross the Grand Canal. The ride will be much shorter, but the traghetto boats are exactly the same as the tourist gondolas and tickets will cost around $5. 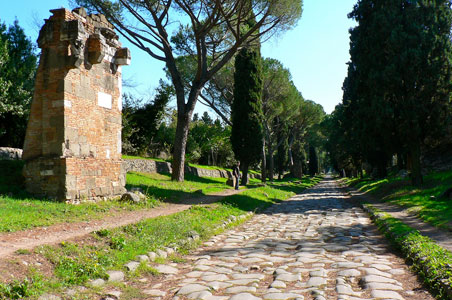 Should you be renting a car to explore the country, you’ll probably be using a GPS or Google Maps. You might be tempted to save on autostrade tolls by taking one of the outlined shortcuts. But the farther south in Italy you go, the worse-kept the roads tend to be. Razor-narrow passages, huge potholes and an absence of streetlights can make navigation difficult for a traveler unfamiliar with Italian motorways; the SS7 (Via Appia)—a mostly-unlit winding coastside path running from Rome to Brindisi—is particularly perilous. You might have to pay a bit extra to take the autostrade, but at least they’re well-kept. 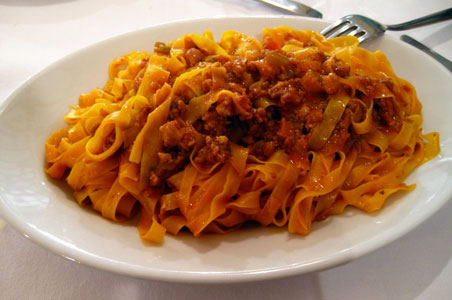 Get yourself psyched for authentic spaghetti alla bolognese in Naples

In Italian restaurants outside of Italy, all of the boot’s many regional cuisines are slapped with the giant umbrella title—ITALIAN FOOD—so you’d be forgiven for not knowing that pesto was invented in Genoa and Limoncello is from Sorrento. But you wouldn’t head to Los Angeles hoping for the best barbecue of your life, would you? Do yourself a favor and stick to local foods on your Italian trip. A (very) quick cheat sheet: Genoa for pesto; Naples for pizza; Bologna for bolognese sauce and filled pastas like ravioli, tortellini and lasagne; Milan for risotto alla milanese and ossobucco alla milanese; Rome for spaghetti alla carbonara, spaghetti all’amatriciana and lamb. Gnocchi, bresaola, polenta dishes, and the ultra-popular Italian dessert tiramisù are found all over the country, but are native to the northern Italian regions like Lombardy and Veneto. Prosciutto—or Parma ham—is most commonly associated with central and northern Italy.

Tip everything that moves…no matter what they tell you

Tipping is not obligatory or common in Italy. However, tourist-savvy service people may have heard that Americans are genetically programmed to tip everything from waiters to performing rabbits, so the cheekier ones might try to work you for some spare change. Unless they gave you the best service in the history of the planet, resist. They’re getting a living wage. 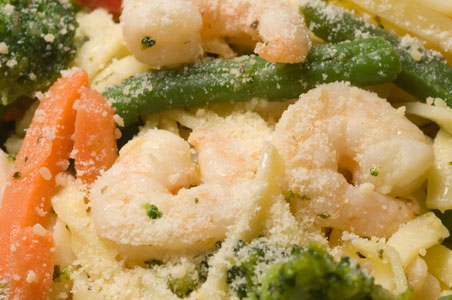 Unless you want to see a grown adult cry, that is. One of the holiest commandments of traditional Italian culinary etiquette is that cheese and seafood never, ever mix. Only very recently have certain cheese/seafood pairings cropped up—i.e., ricotta with sea bass, gorgonzola with clams—but this is considered very avant garde (the elder generation won’t touch such dishes). Regardless of your age or level of sophistication, mixing parmesan cheese with seafood remains a cardinal sin, so don’t even ask. And for the love of Saint Peter, don’t let an Italian see you cutting your spaghetti with a fork and knife. 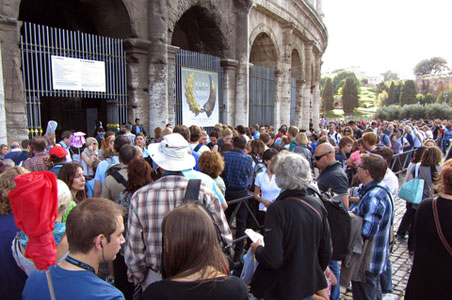 Kill yourself trying to fit Rome into a crowded itinerary

Twenty regions, so much to see! Most visitors enter Italy through Rome, but if you plan to enter via Sicily or Milan and can’t bear the thought of missing out on Roman ruins during your trip, take heart: the Romans were a busy bunch. Spectacular Roman ruins can be found throughout the peninsula, namely Volterra in Tuscany, Villa Jovis on the Isle of Capri, Pompeii and Oplontis in Campania, Piazza Armerina in Sicily, Verona in Veneto, and Mediolanum in Milan. Use the money you’ll have saved on extra flights to fill up on wine.

Plan on conducting your entire trip to Italy in English

Yes, the movies would have you believe that any time you travel, your host country will be chock-full of citizens who speak your language perfectly, albeit with a charming accent. But Italy consistently earns moderate to low proficiency rankings on English proficiency indexes—among the lowest-rated in Europe. You’ll do all right at hotels, historical sites, and restaurants in heavily-touristed cities like Rome and Naples, but set foot outside of those perimeters and, well, in bocca al lupo.

Photo Credits: Get Fleeced by a Gondolier: Thats where I live by Saurabh Thakur Attribution-NoDerivs License; Park Inside the Yellow lines: blue like the line by Emiliano Attribution License; Get Yourself Psyched for Authentic Spaghetti alla Bolognese in Naples: Trattoria Anna Maria by Attribution-NonCommercial-ShareAlike License; Ask Your Waiter for Parmesan Cheese to Put On Your Seafood Pasta: Getty Images/Hemera; Take That Google Maps Shortcut: Appia Antica by ChrisSteph LewisBoegeman Attribution-NoDerivs License; Head to Vatican City in a Tube Top: Lisja | Dreamstime.com; Kill Yourself Trying to Fit Rome into a Crowded Itinerary: Shootalot | Dreamstime.com