New York City’s sidewalks, parks, and rooftops are once again lively open-air playgrounds as residents and visitors welcome summer with an enthusiastic devotion to outdoor fun. From free concerts and new restaurants to the post-Sandy reopening of the Statue of Liberty, Coney Island, and the Space Shuttle Pavilion, this season offers ample reasons to explore the Big Apple. Here’s what’s happening… 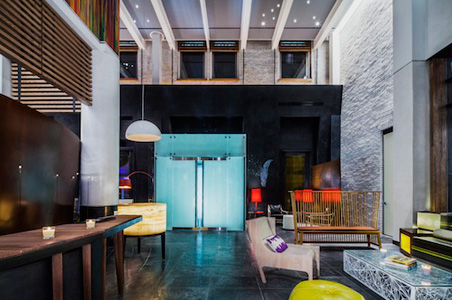 The Hyatt Union Square New York, a 178-room newcomer located at Fourth Ave. and 13th St., is the first new hotel in the neighborhood in 10 years. Its lobby bar, Singl Lounge (serving single-malt scotch, single vineyard wines, and other spirits), and The Fourth restaurant (serving modern American cuisine) are inspired by the neighborhood’s Greenmarket and feature natural elements. Rooms are sleek yet welcoming and 11 have roomy outdoor terraces (from $319/night).

Why not combine a city visit with a seven-night cruise to Bermuda? (Yes, it’s possible.) Just book a stateroom on the just-christened New York-themed 4,000-passenger Norwegian Breakaway. Featuring 27 food outlets and 18 bars—plus a trio of Broadway productions—the ship takes the city’s energy to the serene surroundings of Bermuda. Breakaway features Studio cabins for single travelers and The Haven, a section of staterooms and suites for couples and families looking to splurge (seven-night cruises from $749/person). 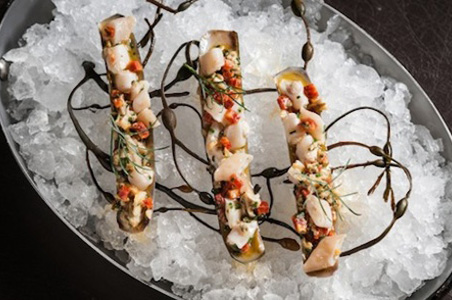 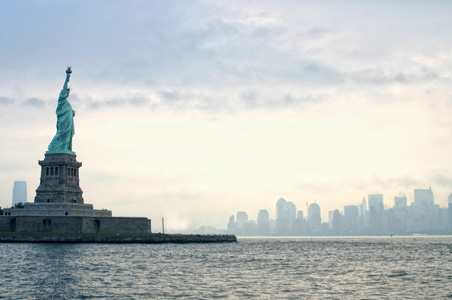 There’s no more fitting date than July 4th for the Statue of Liberty to re-open. It has been closed since last fall when Superstorm Sandy damaged areas of the island on which the beloved 137-year-old, 305-foot-tall landmark sits (neighboring Ellis Island remains closed). Tickets and reservations—including limited tickets to ascend to the crown—are available online now via the Statue Cruises website.

On July 10, the Space Shuttle Pavilion at the Intrepid Sea, Air & Space Museum, which houses the original space shuttle Enterprise, will re-open to the public. Visitors can walk beneath the shuttle, which sits 10 feet off the ground, and view a film about the spacecraft narrated by actor Leonard Nimoy (Mr. Spock in the original 1960s Star Trek TV series).

Legendary Brooklyn seaside playground Coney Island, also severely damaged by Superstorm Sandy, has officially re-opened for the summer season. The Cyclone, Deno’s Wonder Wheel, New York Aquarium, and Nathan’s Famous Hot Dogs are all up and running again, and the circa-1919 B&B Carousel at the boardwalk’s western end has been restored and re-opened in a revamped two-acre public space at Steeplechase Plaza beneath the landmarked Parachute Jump. 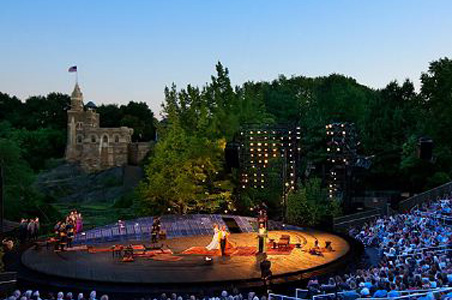 The biggest free show of the summer in New York is, of course, the Macy’s Fourth of July Fireworks, which sparkle over the Hudson River in midtown starting at 9:00pm.

If you can time your visit for mid-July to coincide with one of the New York Philharmonic or Metropolitan Opera’s free concerts in Central Park, you’ll be able to enjoy one of the city’s best annual summer rituals. Pack a picnic and spread your blanket on the Great Lawn (for the Philharmonic) or arrive in time to claim a seat at SummerStage (for the Met Opera) and kick back as you enjoy classical music and fireworks (July 13th & 15th) or opera (July 16th).

The Public Theater’s annual Shakespeare in the Park performances are also free, but require a bit of planning since you’ll need to stake out a place in line hours before the tickets are handed out (limit: two per person). This year’s options: The Comedy of Errors (May 28–June 30) with Jesse Tyler Ferguson and Hamish Linklater, and a musical version of Love’s Labour’s Lost (July 23–August 18).

If movies are more your thing, check out the schedule of classic films being shown every Monday night on the big outdoor screen in Bryant Park from mid-June through mid-August as part of the HBO Bryant Park Summer Film Festival. 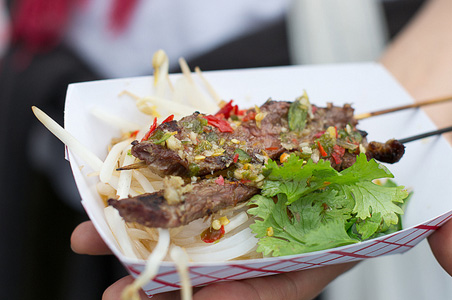 Everyone—except cab drivers, perhaps—loves a good New York City street fair or parade. There is pretty much a street fair every weekend, so check online listings or ask your concierge for locations. There’s the Museum Mile Festival on Tuesday, June 11, which closes Fifth Avenue from 82nd to 105th Streets from 6pm-9pm. Popular crafts fairs include the American Crafts Fair at Lincoln Center (June 8-9), while the big parades in Manhattan are the National Puerto Rican Day Parade (June 9), the Gay Pride Parade (June 30), and the Dominican American National Parade (August 11).

And on Saturdays from 11 am, you have one major(ly delicious) reason to head across the East River into Williamsburg. Namely: Smorgasburg, a weekly food festival that brings together nearly 100 of the city’s best food vendors. 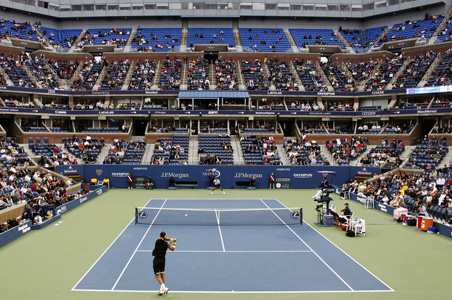 If you’re a fan of the great summer game of baseball, both the Mets and Yankees play home games throughout the season and the Major League Baseball All-Star Game and festivities take place at the Mets’ Citi Field (July 12-16), while the minor-league Brooklyn Cyclones are a beachside option. If tennis is your game, pre-order tickets for the US Open, which takes place August 26 to September 9 at the U.S.T.A. Billie Jean King National Tennis Center in Flushing Meadows, Queens.