News Apeksha Bhateja India Is Experiencing a Brutal Heatwave. Here's Why It Matters to You
Home  >  News   >   Starter Kit to Puerto Rico

Travel writers are usually on the prowl for new destinations. But one of my favorites—Puerto Rico—is actually quite old. On the map since 1493, the most easterly link in the Greater Antilles chain has everything tropical-isle aficionados want, including a balmy climate, Calgon-blue seas, and some of the Caribbean’s best beaches. It also happens to be loaded with history, culture, and adventure.

The kicker is that, as a US territory, this island has amenities that neighboring hot spots often lack (think navigable roads, drinkable water, reliable infrastructure…), plus no passport is required for American citizens. Itching to go? We’ll help you start planning. 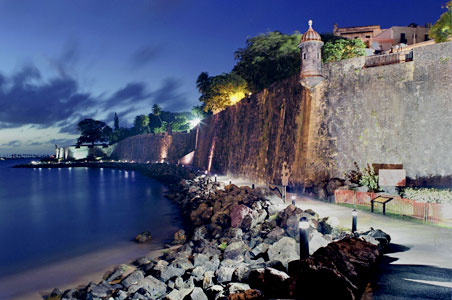 From both a logistic and touristic standpoint, your first stop should be the historic part of Puerto Rico’s capital, Old San Juan. Although Ponce de León didn’t find the Fountain of Youth here, the colonial outpost he founded in 1521 has aged beautifully. Sublime churches and candy-colored townhouses (many converted into shops or eateries) prove that. Ditto for two Fodor’s Choice forts, El Morro and San Cristobal. A free trolley hits the highlights; though, nothing beats walking.

While wandering the cobbled streets, remember to pace yourself (or at least stay caffeinated by gulping native coffee). You’ll want to have sufficient energy left to tour the modern city that has grown up outside the old walls. One of its major draws is art, which you can see by visiting museums (like Museo de Arte de Puerto Rico) or admiring street installations. Another—as you’d expect in a destination known for salsa dancing and the world’s largest rum distillery—is its vibrant nightlife.

Insider’s Tip: The birthplace of Puerto Rico’s signature drink—the pina colada—is contested. Yet whether the cocktail originated at the Caribe Hilton or Barranchina Restaurant one thing remains certain: rum is a key ingredient. Learn all about it at the Casa Bacardi Visitor Center. 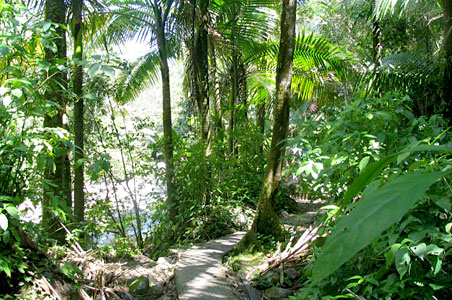 While San Juan tempts visitors with urban excursions, the area to the east promises surf and turf activities. For the latter, veer inland to El Yunque National Forest. Just 45 minutes outside the city, this mountainous rainforest reserve feels like a world apart. Best of all, its biodiversity (picture 240 types of trees and 144 species of animals) is easy to appreciate, whether from the visitor center, where an elevated walkway offers bird’s-eye views, or from a paved trail.

Among the hiking options is a 30-minute trek to a waterfall pool that you can swim in. Of course, if you’d rather take the plunge a more traditional way, beaches abound. Government-run balnearios include Playa Luquillo: a sandy, palm-fringed crescent that has earned a Blue Flag for water quality and cleanliness. Another Blue Flag beach (Balneario Seven Seas) lies further east in Fajardo. H2O fans wanting more than a day at the beach can join snorkeling or diving trips in Fajardo too. 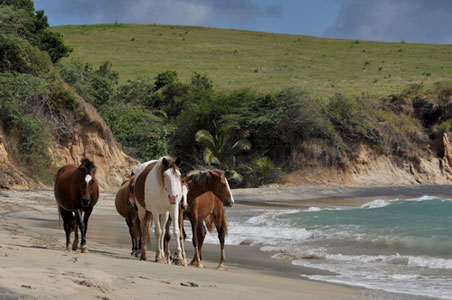 Sitting about eight miles off the eastern edge of Puerto Rico’s mainland, Isla de Vieques is the sort of place you go to for a vacation within your vacation. Until 2003, the bulk of it was owned by the United States Navy. That, at first glance, might seem to put it out of the running for the "Most Relaxing" crown. Nevertheless, military status meant Vieques was off-limits to developers for decades—which is precisely why wild horses still roam and empty white-sand beaches await.

The fact that the island is only accessible by prop plane or boat enhances its tranquil feel. Lodgings (like Hacienda Tamarindo, Bravo Beach, and the trendier W Retreat & Spa) complement the tone, as do natural attractions such as the Vieques National Wildlife Refuge. Occupying former naval land, the refuge can be seen on foot or by bike. But, for a truly magical outing, kayak through its bioluminescent bay on a moonless night to see microscopic paddle-addled dinoflagellates turn the water into a liquid light show.

Insider’s Tip: if you can’t get to Vieques visit the less vivid "bio bay" in La Parguera (on the mainland near Fajardo). From Fajardo, you can also get your isla fix by hopping a boat for a day trip to the little beach-blessed island of Culebra or even smaller Isla Culebrita. 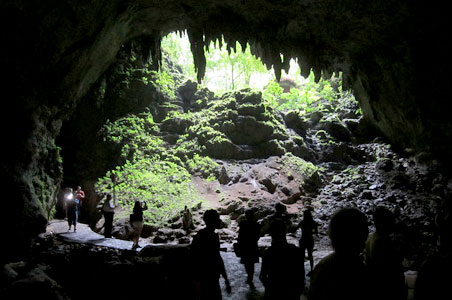 Ready for a variation on the "road less traveled"? Instead of heading east from San Juan, consider turning west. Driving through the interior, you can ascend into mountains; marvel at what the heavens hold at the Arecibo Observatory, home to the world’s largest single-aperture telescope; then delve into what lies beneath by taking a tour of (or rappelling into) Las Cavernas del Rio Camuy, a cave system carved by one of the world’s longest subterranean rivers.

By the time you hit Rincón you’ll have seen enough to dazzle any "Discovery Channel" junkie. But the town itself has more in store. Surfers come each winter to catch the perfect wave. Scuba divers, kite-boarders, and parasailers follow suit—as do whale watchers lured by the humpbacks that swim by from December through March. Although the wealth of choices might make your head spin, one of the other beauties of vacationing on an island that’s 110-miles long by 35 wide is that you really can do it all.

Puerto Rico’s main airport is the region’s busiest, and high volume translates into affordable fares as well as plentiful flights. Arriving via cruise ship is a popular alternative. Once here, rent a car if you plan to cover a lot of ground. The tourism board website covers other on-island transportation options.

Frequent fodors.com contributor Susan MacCallum is a history-loving piña colada connoisseur who prefers warm climates, so Puerto Rico appeals to her on many levels. When not on the road, Susan lives in Halifax, Nova Scotia with her husband and two children.