News Apeksha Bhateja Have $340,000 and Want to Vacation in a Survivalist's Paradise?
NewsStarter Kit to Patagonia

Few places in the world provoke wonder like Patagonia. The expanse of land, carved by the Andes Mountain Range and reaching down to the end of the earth, stretches between the Atlantic and Pacific oceans and across Argentina and Chile. Despite its increasing international popularity, the land, amazingly, remains largely untouched, the nature completely respected.

The prospect of mapping out a trip to the ends of the earth might seem daunting, whether Patagonia is your sole destination or you’re tacking it onto the end of a trip that starts in Buenos Aires. But the area welcomes and accommodates all types of travelers. So consider this your jumping off point, and go get lost in Patagonia’s stunning natural beauty. 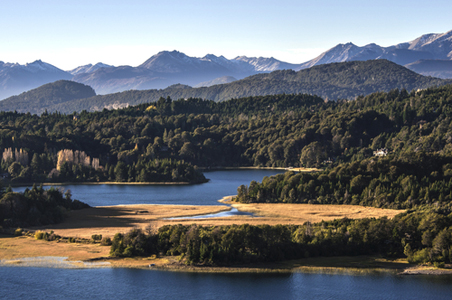 European immigrants settled in Patagonia in the 19th century in sizable contingents, and their mark on the region is noticeable, especially in San Carlos de Bariloche. Referred to as Bariloche, the small city in Patagonia’s northern Lake District looks like a Swiss ski resort town right down to the artisanal chocolate shops. The indigenous roots of the region, which mainly consisted of the Tehuelche and Mapuche peoples, also receive tribute throughout Patagonia; cerulean Lake Nahuel Huapi is visible from just about any point in the mountainside town.

Bariloche is a top ski destination for South Americans and international travelers looking to schuss year-round. And during the warmer months, it is a haven for summer sports enthusiasts.

Insider Tip: You can eat well in Bariloche, and if you’re spending your days being active as most people are, you’ll want it. Load up on protein at favorite steak spot El Boliche de Alberto and if you’re not staying at the sprawling, hilltop resort Llao Llao, at least book an afternoon tea there. 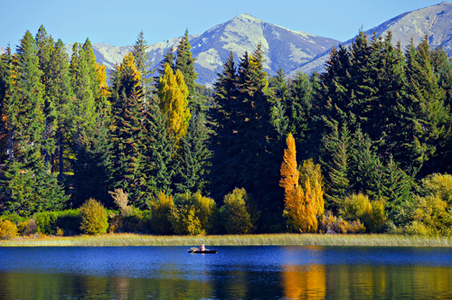 Bohemian and homey, El Bolsón is wedged in a valley just 40 miles south of Bariloche. The destination is as populated and lively, evidenced by the weekly craft market downtown, as it is idyllic, with hiking paths snaking into the mountains that flank the town.

This also is one of the most fertile valleys around, and organic farms abound, creating a patchwork of fields yielding produce used in local favorites like fresh jams at Cabana Micó and artisanal beers in a rainbow of flavors, including the bestselling El Bolsón strawberry beer. Many claim that Helados Jauja (the original location is here in town) offers the freshest and tastiest ice creams and chocolates in town, all locally sourced and made.

Insider Tip: Make the 2km hike, steep at times, to reach El Bosque Tallado to view a mountainside outdoor art gallery. Sculpture works carved by invited from trunks of fallen wood perch on the mountainside with the town nestled below. 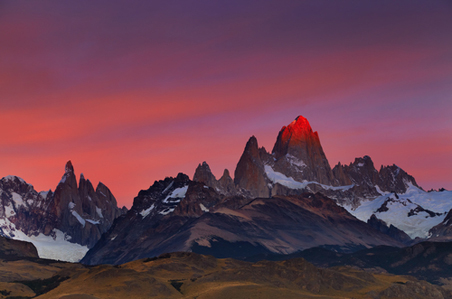 Along the shores of Lago Argentino in southern Patagonia about 800 miles south of El Bolsón, El Calafate was a sleepy town of 4,000 in 2001. Since then it has more than quintupled in size. A flashy casino downtown keeps locals and tourists entertained at night, as well as an Glaciobar, an "ice bar". Lodging options include digs in the downtown area as well as places more removed from the activity, though down here, with mountains, water, and open land all that is around for miles, the whole town really has a characteristically relaxed feel.

Founded in the late 1920s as a frontier town, most tourists bunk up here to use it as a home base to explore nearby Parque Nacional de los Glaciares (Glacier National Park), a UNESCO World Heritage site, and its crown jewel Perito Moreno glacier.

Insider Tip: You can gaze out over Perito Moreno glacier from observation decks, and strapping on crampons and trekking on it with a guided tour is really something to write home about. Keep in mind that most of El Calafate and glacier tourism shuts down during the winter months of June-August. 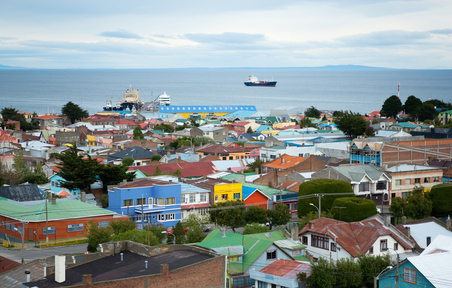 Traveling further south still (nearly 2,000 miles south of Santiago and 300 miles south of El Calafate), the capital of a sliver of a country, is Punta Arenas. The seaside town was founded some 150 years ago and takes the title as the most sizable establishment in the region. Because of its southern location and numerous lodging and dining options, it is a logical and attractive stopover for those bound for or returning from Torres del Paine.

Insider Tip: In addition to tourists bound for Torres del Paine, many penguin-watching expeditions depart from town, and a two-hour boat trip over to Isla Magdalena positions you to watch penguins scuttling about in their natural habitat. Schedule your visit from December to February, which are the only months tours will get you there. 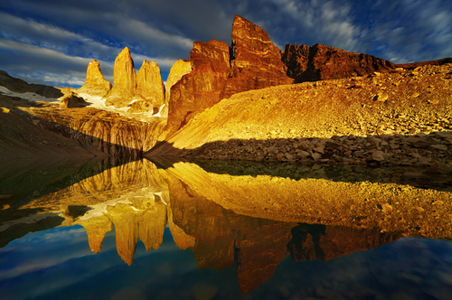 Work on this natural masterpiece began approximately 12 million years ago when lava first began to form the granite masses now jutting into the sky. Glaciers followed and the result today, established and protected as a park in 1959, is an astounding collection of rock formations, wide open expanses, and blue and green gemstone waters. The standout peaks are Cuernos del Paine (the "Paine Horns"), your perfect Patagonia snapshot.

It takes about four hours in car to get from Punta Arenas to the national park. Because of its relative proximity — about 50 miles away — neighboring Puerto Natales is a greate gateway for travelers and has developed to accommodate the visitor flow in the past years.

Santiago’s (SCL) and Buenos Aires’ (EZE) international airports will land you in the correct countries, and from there you will have to take a regional flight to either Bariloche or El Calafate in Argentina, or Punta Arenas in Chile. LAN is popular and reliable carrier. Regional bus services run frequent routes on comfortable coach buses just about everywhere throughout Patagonia.