News Apeksha Bhateja It's a Tie: The 2 Most Annoying Airline Passenger Behaviors of 2022
NewsStarter Kit to Nova Scotia

Clinging precariously to Canada’s East Coast, the Nova Scotian peninsula isn’t just an accessible (and affordable) destination. As a spot where lobster traps outnumber tourist traps, it ticks all the boxes for an unspoiled seaside escape—and, unless you’re obsessed with multi-colored leaves, summer is the best time to come. When planning a trip, just remember that, while small by national standards, the province is still twice the size of Massachusetts. So start by concentrating on these four key regions. 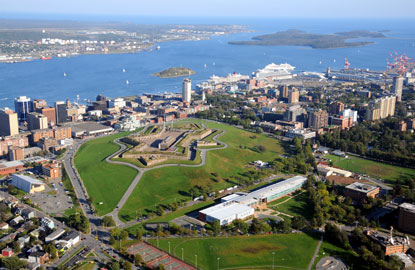 Known as Atlantic Canada’s marquee city, Halifax is the obvious choice when you’re jonsing for an urban fix. But it also serves as a fitting introduction to Nova Scotia’s particular brand of charm because, like the province as a whole, it has sociable locals and history to spare, plus water, water, everywhere. Halifax rims a huge natural harbor (only Sydney boasts a larger one) and virtually all major attractions—including the Canadian Museum of Immigration at Pier 21, Maritime Museum of the Atlantic, and star-shaped Halifax Citadel—sit within sight of it. For an up-close look, stroll along the Waterfront Boardwalk or, better yet, linger there over a Keith’s beer. Afterwards board a Cable Wharf vessel for a harbor cruise.

Insider’s Tip: As an alternative to a lengthy tour, make a return cross-harbor trip for less than $5 on a commuter ferry. Launched in 1752, the service was once managed by native Haligonian Samuel Cunard who later established the famed Cunard Line. 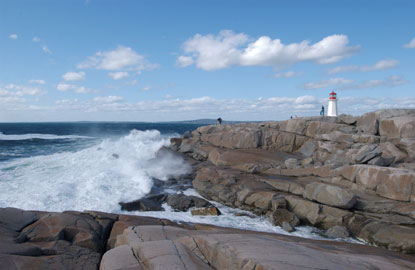 When my family rented a villa in Tuscany one year, the owners said they couldn’t understand why we’d bothered coming when their favorite place in the world—Nova Scotia’s South Shore—sits right outside Halifax. Edging the Atlantic Ocean for about 190 miles, the waterside route is punctuated with time-warped towns like Chester, Mahone Bay, and Shelburne that evoke vintage New England. (The resemblance explains why many movies set in Maine or Massachusetts are actually filmed here.) The towering lighthouse at Peggy’s Cove, one of Canada’s signature sites, creates the area’s best photo op; while Lunenburg, a vibrant 18th-century community so well preserved that it’s been named a UNESCO World Heritage Site, makes the best home base. 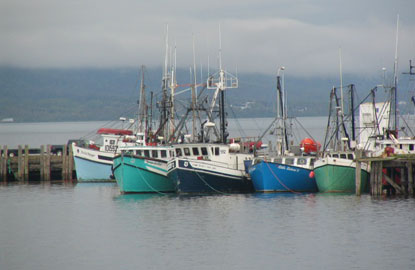 The Atlantic merges into the mighty Bay of Fundy near the province’s southern tip, bringing you face to face with the highest tides on earth. In this less-developed region the biggest attractions come courtesy of Mother Nature, as do the smallest, with whales dominating the former category and renowned Digby scallops having a lock on the latter. Ready for something different? Loop back to Halifax through the Annapolis Valley. This pastoral stretch is a revelation for vacationers who equate Nova Scotia exclusively with the sea since it promises orchards, vineyards and wineries. Several of Canada’s oldest settlements are here as well, among them Port Royal. Founded in 1605, it predates Jamestown, Virginia, by two years.

Insider’s Tip: Minimize car time without sacrificing much on either the South or Fundy Shore by driving down to Liverpool and cutting cross-country to Annapolis Royal. The trip takes approximately 90 minutes, passing Kejimkujik National Park en route. 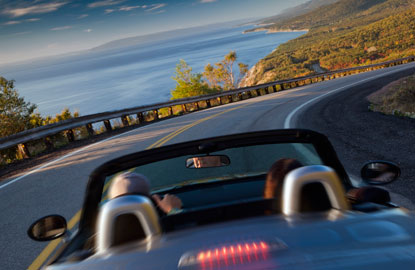 Although connected to the mainland by a mile-long causeway, Cape Breton Island feels like another world. That’s partly because the topography is more dramatic—especially along the legendary Cabot Trail. A vertigo-inducing, cliff-hugging coastal road that extends for 185 glorious miles. Another reason is that the physical similarities between Cape Breton and Scotland attracted droves of displaced Highlanders during the 18th century, and their cultural legacy is clearly evident. For proof, visit the Gaelic College of Celtic Arts and Crafts, drink a dram at North America’s original single-malt whiskey distillery, and then dance ’til you drop at one of the fiddle-fueled ceilidhs (traditional "kitchen parties") held nightly in summer.

Insider’s Tip: Get optimal views, plus better access to lookouts in Cape Breton Highlands National Park, by approaching the Cabot Trail from the east and traveling counterclockwise. Just drive it in daylight. Night is prime time for moose—not motorists.

You’ll want to land at Halifax Stanfield International Airport, whether by Learjet or commercial flight. Major carriers provide regular service with a flying time of 90 minutes from Boston. You can also arrive by ferry, train, or car via New Brunswick (the province separating Nova Scotia from Maine).

Having completed a trip around the world last year, frequent Fodor’s contributor Susan MacCallum-Whitcomb can now say with some certainty that there’s no place like home. When not on the road, she lives happily in Halifax with her husband and two children.