News Robin Catalano Horses Run Wild on This Puerto Rican Island⁠—but for How Much Longer?
NewsStarter Kit to Finland

In a land where dark winters with cold polar nights are replaced with extended sunshine-filled summer days, Finland is a country of contrasts. Due to Helsinki’s prestigious title of the 2012 World Design Capital, creativity is just one of many reasons why tourists flock here every year. Despite their impressive architectural projects and technological advances, Finns appreciate simple pleasures. Many retreat to a quiet country cottage during the year to reconnect with nature or spend a few hours relaxing at the local sauna. 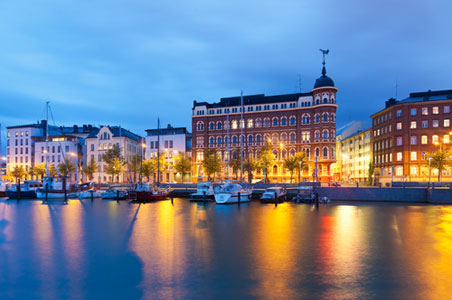 A visit to Finland’s design-centric capital may easily be the highlight of your trip. Winters can be rough, but Finns are no strangers to cold weather activities from snowshoeing and ice skating to sipping hot chocolate and stopping in at local saunas. Then, once the summer sun hits Helsinki, it’s rare to catch a local indoors. Bikers breeze through neighborhood streets and parks are filled with people picnicking and ice-cream is the snack of choice.

One of Helsinki’s many alluring qualities is small-town feel despite global city status. Boasting 600 Art Nouveau Buildings, many of the city’s major attractions are within walking distance including Senate Square, Esplanade Park, and Uspenski Orthodox Cathedral. Stroll through Designkorttell, the design district featuring twenty-five streets of 150 design oriented shops. For major sightseeing, the Kampii and Kauppatori neighborhoods include many of the top touristic attractions and museums. 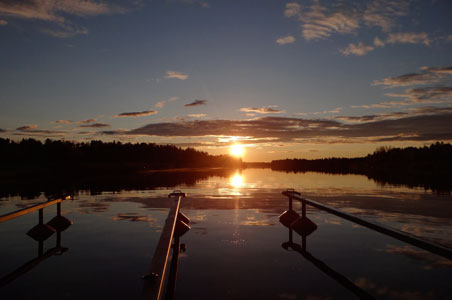 Serving as the common thread that ties the Northern Lights, the Midnight Sun, and Santa Claus together, Lapland is a spacious wilderness area housing several national parks. Its northern location makes it an enticing winter wonderland for travelers hitting the slopes or simply hoping for a glimpse of the Aurora Borealis. Summertime in Lapland is equally charming but starkly different. June paves the way for the anticipated Midnight Sun providing great outdoor conditions for hiking, white water rafting, and canoeing.

The Santa Claus Village, a lodging and tourist attraction in Rovaniemi right near the Arctic Circle, is especially popular for families. Kids can meet Santa to tell him their wish list in person and take a tour of his factory. On your journey from Helsinki to Rovaniemi, make a pit stop in Oulu. The city has emerged as a tech capital in recent years, with tech companies like Nokia setting up an office here and free wireless internet available in the city center. 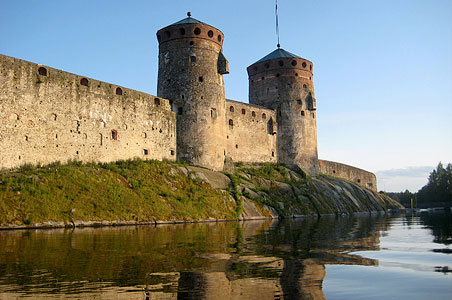 Savolinna is the heart of the Saimaa lake region and is the best place to ogle dramatic Finnish castles. Dating back to the 14th century, the medieval Olavinlinna castle and fortress is surrounded by picturesque lake scenery and traditional wood-heated saunas. Perfect for birdwatching, fishing, and water activities, there’s something for everyone in Savonlinna. Linnansaari National Park is especially representative of the region. 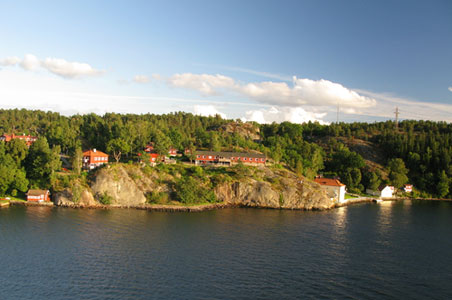 Forming an archipelago in the Baltic Sea between Stockholm and Turku in the southern part of Finland, the Åland Isles features 80 inhabited islands and sixteen municipalities. The majority of the local population lives on Fasta Ålan, home to the Kastelholm Castle in the northernmost part of city. Summer is an ideal time to island hop, especially in July when the islands host three exciting festivals including the Rockoff Festival, Åland’s largest music festival taking place in Mariepark in Mariehamn.

Don’t Miss: For a glimpse into what it was like on board, stop by The Pommern, a grand ship built in Scotland in 1903 and now serving as a museum.

Only have a few days to explore?

From Helsinki, take a guided tour through King’s Road along the Southern Coast. It’s the medieval mail couch route dating back to the 1300s and features churches, manor houses, and old iron work villages and seaports. Turku is Finand’s former capital and another day trip easily taken from Helsinki. Notorious for hosting hundreds of cultural events throughout the year, Turku’s close geographic proximity to the South West Coastal region makes the Åland Islands hard to resist.