Coronavirus Leila Najafi Want to Stay in Costa Rica for Over a Year? A New Law Might Help You
Home  >  News   >   Starter Kit to Cambodia

Bordered by Thailand, Laos, and Vietnam, Cambodia is a complex nation and no vacationer can expect to plumb its depths. But you can glimpse the highs—and lows—of Cambodia’s past in Siem Reap and Phnom Penh respectively; lounge on gorgeous Gulf of Thailand beaches; and still have time left to load up on exotic souvenirs, tool around in tuk-tuks, and feast on low-cost local delicacies.

Admittedly, taking such a trip anywhere in Asia requires patience and an adventurous spirit. Wondering if you’re ready for the challenge? We’ve got your brass-tacks questions covered. 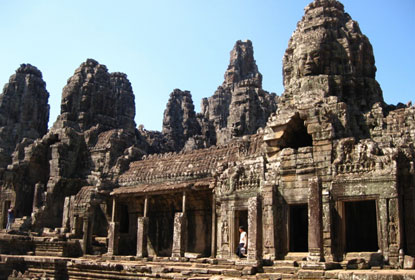 Why Go? Last year an estimated 1.6 million foreigners descended on the little northwestern city of Siem Reap, and virtually all came for the same reason: to ogle the millennium-old Angkor Temple Complex which sprawls nearby. Cambodia’s signature attraction deserves its star billing. Its many awe-inducing ruins (Angkor Wat, reputedly the world’s largest religious structure, is only the most famous) represent the pinnacle of Khmer culture, and exploring them can occupy several days. So hire a guide, or at least grab a guide book, and get right down to business.

When the complex closes, guests at luxe lodgings just outside Siem Reap—like the vintage Raffles Grand Hotel or boutique-y Amansara—may indulge in fine dining and entertainment onsite. The budget-minded staying downtown can browse the night market, get an on-the-street massage, or have their tired feet nibbled by a tub-full of little fish (it’s surprisingly refreshing!). For late-night action, Pub Street promises cheap drinks and premiere people watching.

What else? Siem Reap is also the launch pad for Tonle Sap: a massive tidal lake, known for floating fishing villages, that’s popular with daytrippers.

Who is it best for? Bucket listers, fans of ancient architecture, and Lara Croft wannabes. 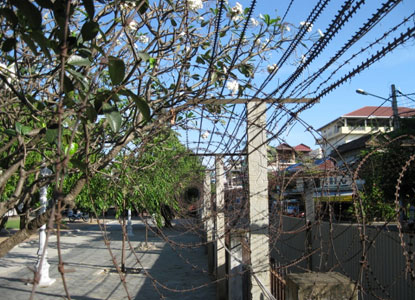 Why Go? The capital’s 1.5 million residents are a frenetic lot who use their energy and optimism to mitigate the horrors of the past: namely Pol Pot’s savage "depopulation" of this southern city in the 1970s. Since the Khmer Rouge atrocities can’t be ignored, you might as well confront them directly. Visit the Tuol Sleng Genocide Museum, the school-cum-torture chamber where over 14,000 Cambodians were imprisoned (pictured); then the Choeung Ek Memorial (aka The Killing Fields) where executions and mass burials took place. Be warned: it’s a gut-wrenching experience.

Following up such sites with some retail therapy may seem frivolous. But even shopping here has political undertones. For example, the art deco Phsar Thmei (Central Market) dates from the days of French rule, while the atmospheric Phsar Tuol Tom Pong (Russian Market) earned its nickname when Communist Vietnam held sway. Both are crammed with crafts, clothing seconds and knock-offs of every kind; however the latter has more buried treasures at better prices.

What else? The Royal Palace and National Museum provide a calm respite amid the chaos. Ditto for hotels like The Kabiki which boast quiet private gardens.

Who is it best for? Modern history buffs, bargain hunters, and anyone seeking an urban buzz. 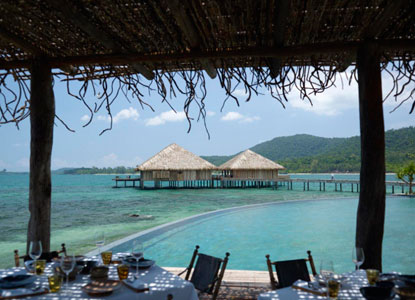 Why Go? A burgeoning beach scene is the biggest draw in southwestern Cambodia. Actually the resort-y areas along the Gulf of Thailand (the same body of water that laps fabled locales like Koh Samui) aren’t so much new as re-newed. Kep, after all, was once the holiday hangout for très chic French colonials and Sihanoukville welcomed the wealthiest natives until the Khmer Rouge put an end to their fun. The hitch is that coastal revitalization remains a work in progress. So you’ll encounter a compelling mix of grit and glamour across the tourism spectrum.

Blessed with white sand and coconut palms, the 60-plus islands lying offshore are uniformly beautiful. But they too are a mixed bag too in terms of available services. For example, in the Koh Rong Archipelago (located about 30 minutes from Sihanoukville) couples can fulfill their Gilligan fantasies at a funky beachfront shack for $40 a night or splash out at Song Saa: a new private island resort, complete with overwater villas, where all-in nightly rates start at $1,583.

What else? Abundant marine life makes for good snorkeling—and great seafood. Be sure to try Kep crab seasoned with pepper from neighboring Kampot.

Who is it best for? Early adaptors, seafood lovers, and hedonists in every income bracket.

The main tourism season runs from November to March, with December and January being the ideal months to visit.

How to Get Here & Around

Flying in via a Southeast Asian hub (think Bangkok, Singapore, or Kuala Lumpur) is generally the best bet. For domestic travel, you can fly between Phnom Penh and Siem Reap or between Siem Reap and Sihanoukville; use Cambodia’s extensive bus network; or hire a car and driver.

Taxis and tuk-tuks provide local transportation at each destination. Organized daytrips are another practical way to get from site to site, especially far-flung ones like Siem Reap and Tonlé Sap. The six small-group options offered by Urban Adventures are highly recommended.

Having completed a trip around the world last year, frequent Fodor’s contributor Susan MacCallum-Whitcomb can now say with some certainty that Cambodia is one of the friendliest countries on earth. When not on the road, she lives in Halifax with her husband and two children.