News Larry Bleiberg You Can Finally Look Inside This Stunning D.C. Landmark. But Only for Another 25 Days
Home  >  News   >   Starter Kit to Barbados

It has a certain mystique, Barbados. A je ne sais quoi that comes from its status as a playground for the elite. The easternmost Caribbean island deserves its ritzy reputation: the private jets parked at Grantley Adams Airport and the Concorde Experience (showcasing the supersonic plane the well-heeled once arrived on) attest to that. Yet Barbados has much more in store. Though only 21-miles long and 14 wide, it contains three distinctly different tourist zones. 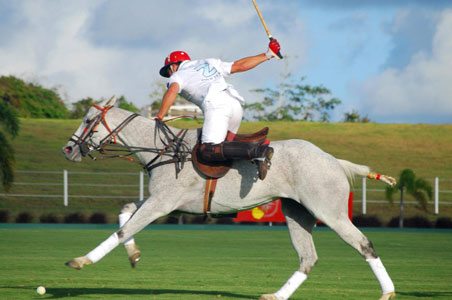 Picture Barbados and images of the Caribbean coast—specifically the 10-miles running south from Speightstown to Bridgetown—flash through most minds. This is the high-profile, high-priced Platinum Coast where Lifestyles of the Rich & Famous alums discretely canoodle at posh hotels (Sandy Lane is the grande dame); then dine at chichi eateries like Daphne’s (satellite of a top London restaurant). If you’ve got enough cash, you are welcome to join them.

West Coast attractions are more equalitarian. Aside from the requisite golf courses and polo grounds—both of which welcome the general public—the coast boasts a necklace of white sand beaches, and these, too, are open to all. What lies beneath the bath-tub calm water is equally tempting. Since Barbados is a coral island rather than a volcanic one, it’s rimmed with reefs and brimming with marine life. On this Coast, the latter includes giant sea turtles and snorkeling with them is unforgettable.

Bonus Points: In the early British colonial days, slaves fermented the byproducts of sugarcane and voilà—rum was born. Just north of Bridgetown, Mount Gay (established in 1703) explains the distilling process and offers samples in a faux rum shop. 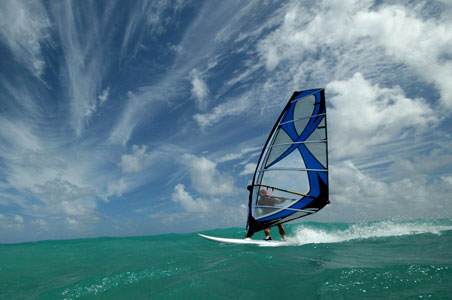 The more mass-market South Coast basically extends from Bridgetown (the small capital) to Ragged Point, becoming less developed as it curves gently east ward. Powdery beaches are its biggest asset, and each has its own devotees. Local families pick Miami Beach (also known as Enterprise Beach); bodysurfers prefer Crane; and windsurfers opt for breezy Silver Sands-Silver Rock. Divers, meanwhile, take the plunge in Carlisle Bay where shipwrecks (among them relics from WWI and II) await.

Rather immerse in history? Bridgetown heritage sites include the Barbados Museum (set in an old military prison, it has artifacts dating back 2,400 years) and the George Washington House (the sole place George bedded down outside the US). Washington stayed two months, so he presumably slept well—and you shouldn’t have any problem doing the same as the bulk of Barbadian lodgings are here. Night owls should note that the coast’s mile-long St. Lawrence Gap strip is also the epicenter of entertainment. 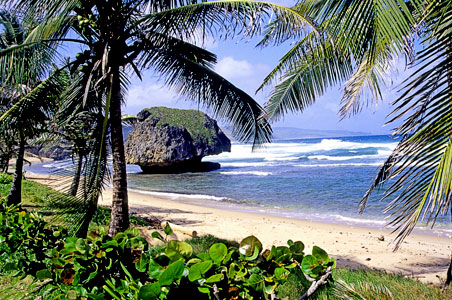 When Bajans (rhymes with Asians) take their own holidays, they typically choose the East Coast where the waved-carved seascape is more dramatic and beaches , backed by lush green hills, are virtually deserted. Although taking a walk on Barbados’ wild side is recommended, taking a dip is not. This windward shore is lashed by the Atlantic—not washed by the Caribbean—and frothy breakers roll in relentlessly. What’s bad news for swimmers, however, is good news for surfers.

Bathsheba in particular is a magnet for hang-10 types, and its “Soup Bowl” hosts the Independence Pro Classic Surfing Championship each November. Back on land, garden-variety vacationers stop to smell the flowers in the Andromeda Botanic Gardens on a bluff above Bathsheba, or exercise their options by taking coastal hikes and horseback tours led by Ocean Echo. A smattering of intimate, inexpensive oceanfront accommodations (like the Sea-U Guest House), are ideal for unwinding afterwards.

Bonus Points: A pair of Fodor’s Choice attractions, Harrison’s Cave and Flower Forest, lay a little inland. Nearby, spot green monkeys cavorting overhead in Welchman Hall Gully; then take to the trees yourself via the Aerial Trek Zipline. 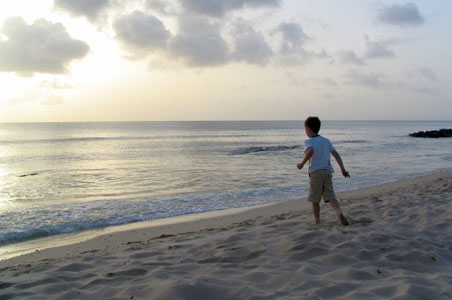 You’d think the country that gave us rum and Rihanna would be a non-stop party. In fact, Bajans (though very friendly) are relatively restrained by Caribbean standards. It may be because they’re the region’s most affluent, educated people. It may be a legacy of long British rule. In any case, their behavior sets the tone. For example, with the exception of St. Lawrence Gap and certain resort clubs, nightlife is more rum shop than rave—which works for anyone bored by the "chug, chug, chug" scene on some other islands.

Locals drive on the left, plus roads are often narrow and winding, so renting a car isn’t always advisable. Buses are one reliable alternative, taxis are another, especially since drivers often double as tour guides: English is the official language, so their commentary won’t be lost in translation.

Barbados is a year-round destination. But its popularity (and prices) peak mid-December through mid-April.

As a cold Canadian, frequent fodors.com contributor Susan MacCallum is grateful for the sun, sand, and world-class rum Barbados provides. When not enjoying all of the above, she lives in Halifax with her husband and two children.