News Ronny Maye Should You Cancel Your Vacation to an Area Impacted by a Natural Disaster?
NewsSt Augustine, Florida, Celebrates 500th Anniversary

More than 100 years before the Pilgrims had planted a foot in the New World, Spain’s Juan Ponce de León and his fleet of three ships made landfall in what is now northeast Florida on April 3, 1513. While that whole "searching for the Fountain of Youth" yarn has been pretty much debunked, the great conquistador is enjoying a revival as St. Augustine, Fla., gets ready to celebrate the 500th year of his arrival.

St. Augustine, the longest continually inhabited European settlement in the United States, is a perennial favorite on the "must-see" lists of US destinations in large part because of its pedestrian-friendly historic streets, dramatic 19th-century architecture, and fun pirate vibe (the city was twice burned and ransacked by marauding buccaneers; the pirate museum displays one of only two existing Jolly Roger flags, as well as the world’s only authenticated pirate’s chest).

With the historic commemoration just around the corner, here’s a list of five cool things to see and do to celebrate St. Augustine…

Celebrate Half a Millennium 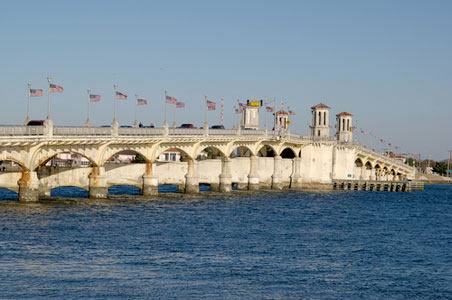 The first week of April will see a flurry of Ponce de León-related activity. On April 2, just south of nearby Ponte Vedra Beach, an official historical marker will be dedicated at 30 degrees 8 minutes north latitude—the navigational reading taken that day in 1513 by Ponce de León’s navigator. The marker will be joined by a 15-foot statue of the famed explorer, peering over the sand dunes to the new land.

On April 3, the historic bayfront of St. Augustine will host a colorful re-enactment of Ponce de León’s landing 500 years earlier to claim La Florida for Spain. Then on April 6 and 7, there will be a citywide celebration of music, dance and storytelling. 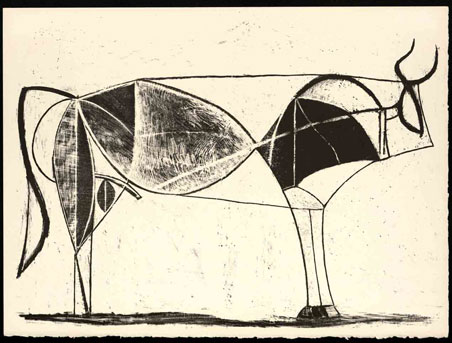 Pablo Picasso’s father began taking him to bullfights when he was a young boy; by the time he was a mere 9 years old, he’d completed his first painting—Le picador, a man riding a horse in a bullfight. It was the beginning of a lifelong fascination with the bullfighting and the symbolism of the bull.

Now through May 11, St. Augustine pays tribute to another son of Spain. PICASSO Art & Arena showcases 39 pieces of Picasso’s art that have never before visited the US, all of them depicting bulls or bullfighting—honoring the area’s strong historic and cultural ties with Picasso’s country of birth.

The exhibit, courtesy of the Picasso Foundation in Málaga, brings together lithographs, engravings, and ceramics from 1929 to 1961, exploring several decades of creative evolution.

Go Back in Time 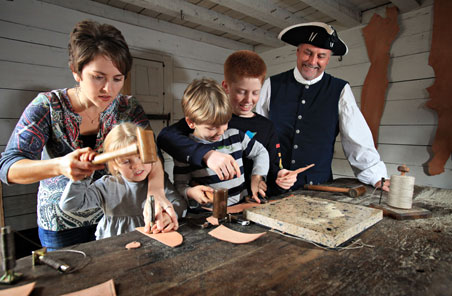 Sitting on two acres directly across from the Castillo de San Marcos, a stone fort completed in 1695, lies the newly renovated Colonial Quarter, which will officially open on March 16. The much-beloved historical attraction closed its gates in October 2011 after 48 years of operation due to finances, but a new public/private partnership has re-imagined and re-invigorated the project.

Now visitors can experience a day in the life of colonial St. Augustine from four eras spanning the 15th to 18th centuries under both Spanish and British rule; blacksmiths, gunsmiths, and militia men re-enact daily life while kids try their hand at leatherworking. Soon a shipwright will be building a replica of a Spanish caravel (so far there’s only a keel), which is intended to be a perpetual "work in progress." 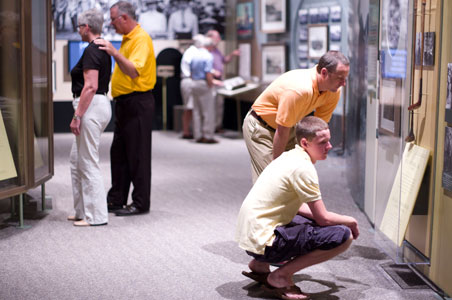 This area is home to more than a dozen golf courses, including the famous TPC at Sawgrass, home to the PGA Tour and the Players Championship—the tour’s marquee event runs May 9-12. The unique "stadium" design of the course ensures fans a good view from just about anywhere on the course.

Don’t miss the World Golf Hall of Fame & Museum, which traces the roots of the game from its beginnings in Scotland to its present-day global popularity through archival photos, antique clubs, vintage golf togs, and other memorabilia. Don’t miss the tribute to Bob Hope—video, audio recordings, and photos entitled, appropriately, "Shanks for the Memories."

A Day at the Beach 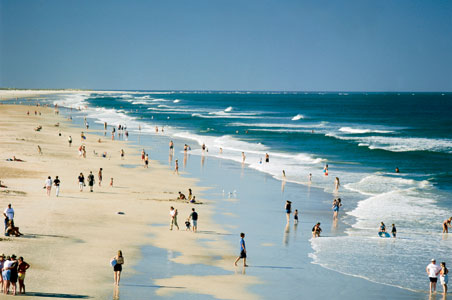 Beaches—it’s one of the biggest reasons people come to Florida, isn’t it? From Ponte Vedra Beach to St. Augustine, a 42-mile stretch of sand called Florida’s Historic Coast invites visitors to swim, surf, collect shells, or just laze on the beach.

Anastasia State Park, a short 2 miles from St. Augustine’s historic quarter, boasts 4 miles of pristine beaches and several walks through the heavily wooded interior of the island. On the north side of the island is the historic St. Augustine Lighthouse—climb 219 steps to the top (165 feet) for a panoramic view of the area.