News Tina Charisma 'Regenerative Travel' Is the New Buzz Phrase, but What Does It Mean?
Home  >  News   >   I Spy a Scam: 8 You Should Be Aware Of

I Spy a Scam: 8 You Should Be Aware Of 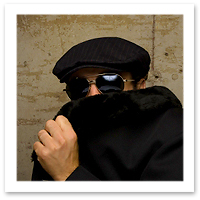 Often jet-lagged and bewildered, tourists are easy prey for con artists. Seasoned travelers on the Fodor’s Forums have experienced a fair share of scams in their adventures around the globe. Their stories of run-ins with the enterprising urban underbelly establish a clear log of popular scams encountered the world over. Fear not, the great majority of scams can be easy to spot and walk away from, especially if you’re clued in to the tricks of the trade. Here are six you should be aware of.

“These scams are as old as the hills but it’s good to be reminded of them now and then.” — SeaUrchin

Scam #1: Your Money is No Good Here

“In Rome, it was the ‘Phoney Cop — Let’s See Your Money’ routine, instigated by a man acting as a tourist. He stopped me and asked for directions. As I was showing him the map, I noticed out of the corner of my eye a slight wave of his hand. Within 30 seconds another man shows up in uniform with a badge and an ID that says ‘police’. He then goes into this spiel about fake money and asks to see our passports and wallets to see if we had fake money.” — TRSW (…more from the Forums)

Scam #2: Oh, You Expected Change?
“I was in Naples, and a bunch of us stopped at a newsstand to buy tram/train tickets to go to Pompeii. My friend Mike came up to me to say that he didn’t think he got all of his change back. I counted back, and sure enough he was 10 euros short. He had given them a 20. So I took him to the booth and told the guy to give Mike back his 10 euros. He just stared at me as I repeated myself and he finally gave us the 10 euros. Remember to count your change before leaving a place, and try to have smaller bills when paying for small purchases.” — monicapileggi (…more from the Forums)

“We encountered this same scam 4 times in Paris in the course of one hour. The first time we were looking in a shop window in the St.Germain area near the Seine. A man shoved a ring in my husband’s hand, telling him he found it and it didn’t fit him. My husband tried to hand it back to him but he wouldn’t take it. The man started to walk away, then turned around and asked for money. My husband gave him the ring back and we walked away. Then a woman coming toward us bent down and pretended to pick something up and held out a ring to us and said it was good luck. We briskly walked past her.” — Vienne ( … more from the Forums)

Scam #4: Aggressive Luggage Carriers
“I had a man grab the end of my suitcase when I was dragging it down the steps. I kept telling him to put it down, but he wouldn’t. Then he insisted on going up the next staircase as well. At the top, he stuck out his hand. I couldn’t believe it. I gave him one euro and he was mad. I told him he wasn’t going to get a cent more and that if he didn’t leave I would shove him down the stairs for being so rude.” — modglila (…more from the Forums)

“We exited the train station by a different exit than I was used to, and since there were four of us we boarded a taxi/van not at the taxi stand. Well, you know the story. 30 euros for a trip of a few blocks. I argued with the guy and told him he was a scam artist the whole way. He offered to let us out, but we were so hot and sweaty we just kept going and paid the 30 euros. Oy.” — rbnwdln (…more from the Forums)

Scam #6: Passports Please
“In Madrid, my husband and I were walking near the Prado when we were approached by a young man carrying a map who asked us to help him find the Prado. We were trying to show him, using his map, when we were suddenly approached by a much older man who flashed a ‘Polizia’ badge and demanded to see our passports. We began to explain that our passports were in our hotel safe when I suddenly realized it was a scam. I firmly grabbed my husband’s arm, announced it was a scam, and headed straight for a nearby group of construction workers. The two guys disappeared.” — PalenQ (… more from the Forums)

“I was walking near the Maritime Museum just off the Ramblas at around 11 a.m. All of a sudden a nice-looking woman tripped on a curb and fell onto the sidewalk. Several men ran over to help her up — I also ran over to help. I felt so bad for her!

I noticed that her purse was a foot away from her, so I picked it up and handed it to her. She kept wailing, but as I got close to her I realized that she was something not quite right about the way she was crying: it was fake. I felt a very strong ‘warning’ feeling in my gut, and at that moment I looked up and saw that she was making some odd eye contact with the three men around her. At that second I just KNEW that it was a set up and that they were signaling in some way to each other — my guess is that they were poised try to pickpocket me while I was helping the ‘injured’ woman.” — Magellan_5 (…more from the Forums)

Scam #8: The World’s Most Expensive Tea Ceremony
“I met a young girl near Tian’anmen Square who started chatting me up. We walked through the square and eventually she suggested we have tea. It seemed reasonable. When we arrived, we were ushered into a private room. We had a very nice time for the entire ceremony with a pleasant girl who served us a variety of different, excellent teas. Then she provided us the option to buy tea, and this is the first time money came up. Lo and behold, the prices were obscene — almost more than my four-star hotel.” — blisset (…more from the Forums)