News Larry Bleiberg You Can Finally Look Inside This Stunning D.C. Landmark. But Only for Another 25 Days
Home  >  News   >   Splurge vs. Save: San Francisco

Splurge vs. Save: San Francisco

With its backdrop against the Golden Gate Bridge, cutting edge culinary scene, and famous fog, San Francisco is one of the world’s most iconic cities. It’s also almost as well-known for being incredibly expensive, but fortunately for wallet-conscious travelers, the City by the Bay offers a bevy of budget options, too. October is a great month for a visit to San Francisco—start planning your trip with our picks for digs, eats, and drinks on both ends of the scale. 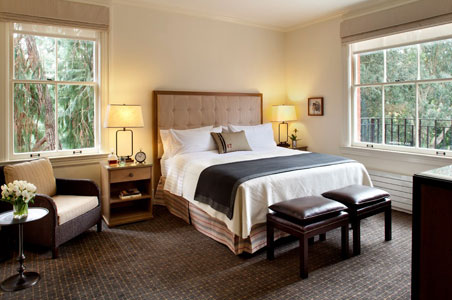 Splurge: From its perch high atop Nob Hill, The Fairmont is a magnificent, 591-room grand dame that survived the 1906 earthquake and still reigns as one of the most luxurious hotels in the city. A must-do for any guest: Sipping a massive tropical drink at the newly renovated but still gloriously kitschy Tonga Room, (the world’s most famous tiki bar?) in the basement of the hotel. For an escape from the bustle of the city, tuck into an airy hillside cottage at the newly renovated Casa Madrona in Sausalito, a charming town that’s just a short ferry ride across the bay.

Save: Opened in April 2012, the 22-room Inn at the Presidio boasts a unique setting in the woodsy environs of the Presidio, a former Army base, with Crissy Field and the Golden Gate Bridge within easy walking distance. Rooms feature a chic military vibe and comfortable beds, with rates from just $195, including a nightly wine and cheese reception and continental breakfast. 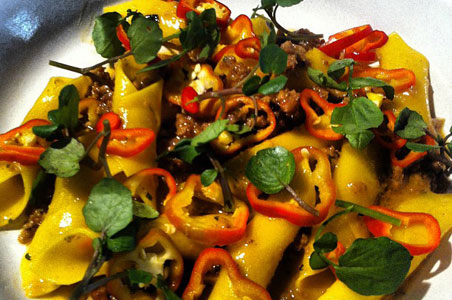 Splurge: A welcome new addition to upscale dining establishments in the hopping Hayes Valley ‘hood, Rich Table has created quite the stir on San Francisco’s food scene. Resplendent with communal wood tables and a welcoming vibe, the restaurant serves upscale, yet unpretentious comfort food like spaghetti with ham hocks and tomato, and buttermilk poached chicken with black eyed peas. Gourmands may insist on a meal at Zuni Cafe, whose brick-oven-roasted whole chicken with Tuscan bread salad is a culinary icon in San Francisco.

Save: Food trucks are practically their own food group in this city, with a staggering array of options and origins—from Nom Nom’s Vietnamese-style tacos to the carb-rich delights of the Grilled Cheese Bandits—that are as pleasing to the palate as they are the budget. Track down trucks’ whereabouts through this handy real-time map, or check out Off the Grid, a food truck extravaganza held at various Bay Area locations on rotating days; Friday evenings at waterfront Fort Mason is especially popular. 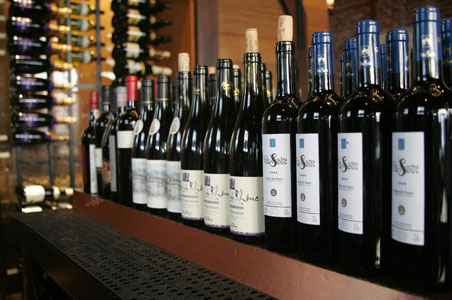 Splurge: The crowd is fashionable, the vibe is chic, and the wine selection is extensive and eclectic at District, a snazzy wine bar that’s a staple on the buzzy SOMA scene. Arrive early to snag a spot on the couches, order up some made-for-sharing dishes like prawns al ajillo and an artisanal cured meat plate, and pick from 30 wines by the glass.

Save: For a dizzying selection of European and California draft beer at great prices, there’s no better spot than the Toronado, a Lower Haight establishment that promises a rollicking good time every night of the week. A sparkling new addition to the bar scene in the Mission, Slate Bar beckons with an easy vibe and a happy hour from 6-10 pm Wednesdays through Saturdays. Wallet-conscious oenophiles can sip the day away at the Wine Merchant, a cozy wine store/bar in the Ferry Building with about 30 wines from around the world, starting at $1.50 for a 2-ounce pour. 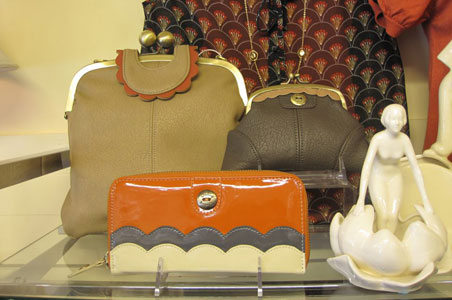 Splurge: Union Square has long been the go-to spot for shoppers for whom price is no object. Choc-a-bloc with upscale stores like Neiman Marcus, Saks Fifth Avenue, and Tiffany & Co., it also shows off the city’s artistic side with tons of galleries. Its most recent addition is the highly anticipated, 29,000-square-foot Uniqlo, the first West Coast outpost of the Japanese clothing megastore.

Save: The hipster haven of the Mission District is a budget shopper’s dream, with a bevy of thrift shops, used bookstores, and quirky spots like the Scarlet Sage Herb Company and 826 Valencia, a non-profit that also sells (no joke) pirate supplies. Shop and stroll along Mission and Valencia streets between 24th and 16th streets for the best finds. Budget-minded fashionistas can stock up on kicky dresses and flirty party attire at Ambiance, a boutique with four San Francisco locations.

Splurge: With its hard-hitting tagline—"Because you’re too good for cabs"—Uber, an on-demand company that connects customers with private drivers of Lincoln Town Cars via a nifty app, started in San Francisco and has earned a cult following among cab-weary urbanites. Cost runs nearly twice the price of a cab, but the service is reliable, upscale, and just the ticket for speedy, stress-free transit.

Save: San Francisco’s public transit systems are (mostly) efficient, convenient, and affordable, though sometimes confounding, since they’re not integrated. BART is the primary regional transit operator in the Bay Area, which connects San Francisco with Bay Area cities as well as both other networks. MUNI covers the vast transit system within the city and includes bus, trolleybus, streetcar, and cable car lines, which are wildly popular with tourists. Or, you can jump on the hottest addition to the city’s ride-share options with Lyft, an on-demand rideshare service that’s getting rave reviews for its affordable cost and convenience, not to mention the giant hot pink moustaches adorning the grills of the fleet’s vehicles.