Splurge vs. Save: Private Islands

Today even "the road less traveled" is frequently clogged with traffic, so true escape artists are retreating to private islands that represent the ne plus ultra of peace and privacy. Sound tempting? Whether your style is Robinson Crusoe or Mr. Roarke, we’ve got a fantasy island for youâ€¦ 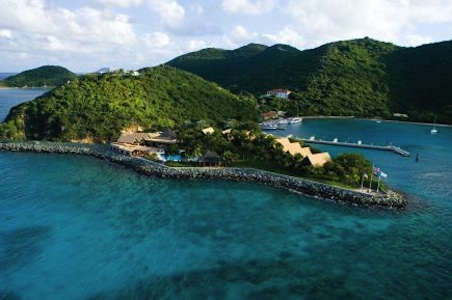 Splurge: This sun-soaked region has plenty of private island resorts, and a disproportionate number of them are in the British Virgin Islands—including fabled Necker Island. Billed as the "home and favorite hideaway" of Virgin mogul, Sir Richard Branson, 74-acre Necker boasts six Balinese-style bungalows plus two "temples" that are, appropriately, divine. Since the island is 30 minutes by private launch from Tortola, visiting royals and rock stars are safe from long paparazzi lenses; however, privacy doesn’t come cheap. Necker is typically rented in its entirety, with all-in rates from $42,500 a night for up to 16 guests. During Celebration Weeks individual rooms start at $11,490 per couple for a three-night stay.

Save: By comparison, Peter Island Resort & Spa (a BVI institution and one of Fodor’s Top 100 Hotels for 2012) seems like a bargain: a three-bedroom villa here starts at $3,100 per night. You can, however, shave more from your bill by picking places that are less established or less luxurious. Buzz-worthy Scrub Island, which opened in 2010, is an example of the former: it has handsome hotel-style double rooms from $375. For the latter, consider the Saba Rock Resort. Though this private island is cartoonishly small (think less than an acre), it offers big value: most comfy, casual units are $250 or less in high season. 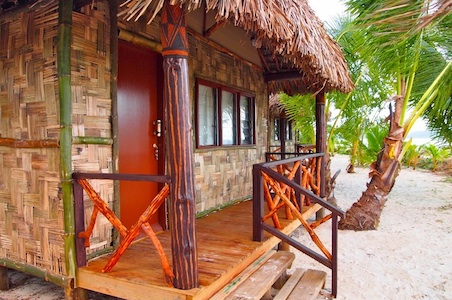 Splurge: The palm-dotted atolls of Fiji are home to some of the most sybaritic resorts anywhere. Take the Wakaya Club & Spa—a private island in the Lomaiviti Group, where the guest register reads like a who’s who. Picture Tori Spelling and Dean McDermott (who held their "sTORIbook" wedding there), Bill and Melinda Gates (who honeymooned there), and Keith Richards (who made international headlines by falling out of a coconut tree there). Of course, not everyone can afford to spend $1,900 to $3,200 nightly for a double bure with woven bamboo walls—even when the rate covers unlimited bubbly and world-class cuisine.

Save: Celeb sightings aside, Wakaya is famous for scuba diving (two sessions daily are included). But diving is a major draw at Matamanoa Island, too. Like Wakaya, this Fijian resort promises beachfront bures built of native materials and memorable meals made with indigenous ingredients. A couple can eat and sleep there, however, for around $565 a night. Over at Leleuvia, another resort island with its own dive center, rates are lower still: double bures start at only $124, meal plan included. Penny pinchers who are looking for a private island experience—and don’t mind sacrificing the solitude typically associated with it—can also bunk down in dormitory digs that fall into the "shoestring" category.

Splurge: As tourism gains momentum in Central America upscale accommodations keep popping up—private island offerings among them. Take Islas Secas, where rates start at $675 per person per night. Located 12 miles off the Pacific Coast of Panama, it’s a glamping resort that lets you fulfill your deserted isle dreams without really roughing it. In terms of exclusivity, though, it is hard to top Cayo Espanto, a four-acre island lying three miles off Ambergris Caye in Belize. Pampered guests (including undercover A-listers) can choose between six pretty, very private oceanfront villas and a stunning overwater bungalow, each of which has a personal houseman. All-inclusive villas are priced from at $1,495 a night.

Save: Luckily, Belize has alternatives for those who’d rather play Gilligan than hobnob with the glitterati. Just follow your compass south to Glover’s Atoll Resort. Set on one of five coral cays in the eponymous island chain, it has bare-bones lodgings. (Forget the "resort" bit. There is no electricity and composting toilets are shared.) Yet, for many, the prospect of snorkeling, diving, swimming, and kayaking in a UNESCO-designated marine reserve is compensation enough—especially given the price. You can sleep in a thatched cabin for $249 per person per week or upgrade to an overwater cabaña for an extra $50.

Remember to compare apples with apples when weighing rates at different resorts. Some are all-inclusive, others à la carte. Minimum-stay requirements at some spots will also affect your bottom line.

Prices can vary widely depending on room type and the time of year. At Kamalame Cay in the Bahamas, for instance, rates range from $407 to $4,070 per night. So it pays to explore all options.

Consider transportation costs. For example Little Palm Island in the Florida Keys is pricey. But, with thatched bungalows and a Bali Ha’i vibe, it evokes the South Pacific and costs much less to reach.

Frequent fodors.com contributor Susan MacCallum is an island girl at heart: in fact, the family cottage on not-quite-private Pictou Island is her favorite place on earth. When not lounging there or doing research on the road, Susan lives in Halifax, Nova Scotia with her husband and two children.