News Colby Holiday Why, as a Black Woman, I Feel Safer Living in Mexico Than I Do in the U.S.

Coronavirus Leila Najafi Want to Stay in Costa Rica for Over a Year? A New Law Might Help You
Home  >  News   >   Splurge vs. Save: Hong Kong

Splurge vs. Save: Hong Kong

Topographically speaking, hilly Hong Kong is a place of highs and lows. And the same can be said of it cost-wise. So whether you’re a connoisseur of conspicuous consumption or a proud penny pincher, this Special Administrative Region of China can really deliver. 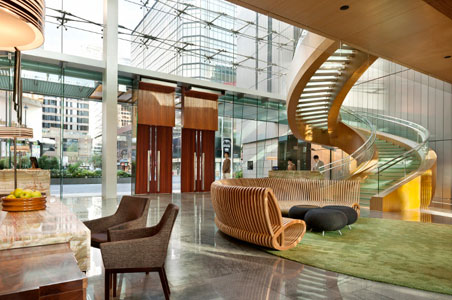 Splurge: In a city where the word "luxury" is seldom prefaced by "understated," there are many opulent options. Four Seasons, Langham, Mandarin Oriental, Le Méridien, Peninsula, Shangri-La…All the big names are represented. One natural choice for the upwardly mobile is the Ritz-Carlton: opened in 2011, it’s the world’s highest hotel. The 312 rooms (doubles from $658) have a contemporary east-meets-west look and, thanks to the hotel’s height, unsurpassed views. An indoor infinity pool and über cool club (Ozone, complete with outdoor deck) maximize the vistas from the 118th floor.

Save: By contrast, the five-star Hotel ICON (doubles from $248) is a bargain—especially since the likes of Terence Conran, Barney Cheng, and Rocco Yim had a hand in its award-winning design. Wondering why it’s such a deal? The hotel is a student training ground for the Hong Kong Polytechnic University’s School of Hotel and Tourism Management. Other affordable spots have unexpected affiliations, too: namely the BP International House, which is owned by the Boy Scouts Association (B-P stands for organization founder Baden-Powell), and the Salisbury YMCA. Rooms in both are small but have surprising style and prime locations. Better still, doubles start around $130.

News Colby Holiday Why, as a Black Woman, I Feel Safer Living in Mexico Than I Do in the U.S. 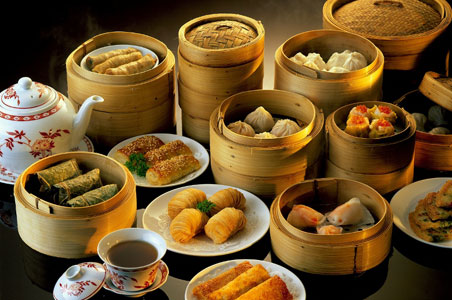 Splurge: Hong Kong is one of the world’s culinary capitals, winning constant rave reviews from globe-trotting gourmands. Discerning diners are in heaven here: after all, the city has 62 Michelin-starred restaurants and if you’ve chosen top-notch lodgings, you’ll probably find one right in your hotel. Some posh palaces even have a matching set. Exhibit A: the Four Seasons Hong Kong is home to Caprice and Lung King Heen, both with three stars. The latter specializes in haute Cantonese cuisine and is presided over by the first Michelin-approved Chinese chef. Dinner is in the $125-$145 per range.

Save: In a way, Lung King Heen also gave way to Tim Ho Wan—the most renowned budget alternative—as it was launched by that restaurant’s former chef, Mak Pui Gor, in 2009. With four locations (two of which have their own Michelin stars) it dishes up delectable dim sum. The good news is that you can feast on stuffed dumplings, balls, rolls, and wrappers for about $10. The bad news is that the queue can be hours long. If you’re impatient—or just too hungry to wait—a vast assortment of noodle shops, congee stalls, and other hole-in-the-wall eateries that are easily stumbled upon can satisfy cravings. 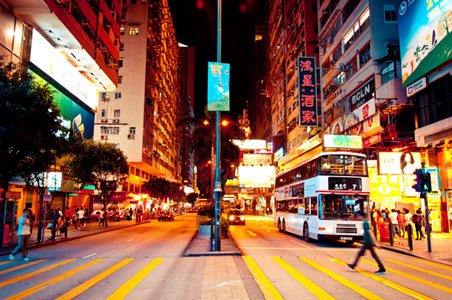 Splurge: Shopping is a quintessential pastime for well-heeled locals and visitors from mainland China, so you if your wallet is well padded, you might as well join the fun. Many start their spree in the Tsim Sha Tsui district at Harbour City: it’s Hong Kong’s biggest mall and boasts an international line-up of luxury brands. For a more decidedly Asian experience, continue on to the flagship store of Shanghai Tang, (where Hong Kong classics, from clothing to giftware, get an updated twist) or have a bespoke garment custom-made for you at one of the tailor shops around Nathan Road.

Save: Frugalistas can unearth labels for less at outlet malls like Horizon Plaza on Ap Lei Chau Island (Joyce Warehouse standouts among its 150 stores). Street markets are also hugely popular, and the Mong Kok neighbourhood has the mother lode. Top picks there include the Ladies Market and Temple Street Night Market. Claustrophobes may not relish sifting through the crammed stalls, yet amidst the Mao memorabilia and Hello Kitty paraphernalia, funky tea sets, cheongsam dresses, silk ties, and scarves, as well as knock-offs of every stripe await. When it’s time to accessorize, freshwater pearls and items made from China’s "royal gem" go for a song at the nearby Jade Market. Splurge: You can be forgiven for thinking all the tea in China is consumed here. As a former British colony, Hong Kong embraces afternoon tea, and the Lobby Lounge at the palatial Peninsula hotel is where many vacationers take it. The caveat is that it doesn’t accept reservations. Since waiting an hour or so for a table won’t make one feel to the manor born, try the Clipper Lounge at The Mandarin Oriental ($33) or the Palm Court at The Langham ($27). All options offer tea with a multi-tiered tray of finger sandwiches, bite-size sweets, and the mandatory scones with clotted cream.

Save: Looking for authentic local flavor? Head to a traditional Chinese teahouse. The antique-filled Lock Cha Tea Shop in Hong Kong Park has loads of ambiance, plus it hosts complimentary tea appreciation classes thrice weekly in conjunction with the Tourism Board. After learning how to properly prepare and drink tea, you can buy special blends to take home. Devotees can delve deeper next door at the free Flagstaff House Museum of Tea Ware. Housed in a colonial-era mansion, it traces the ancient brew’s history and displays tea-related objects from the 5th century onward. 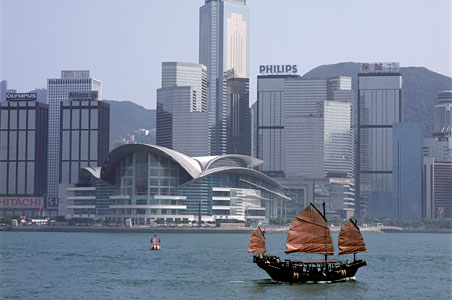 Splurge: Sitting in the South China Sea, Hong Kong is more than an urban island—it’s part of an archipelago that includes hundreds of isles, some blessed with subtropical beaches. Explore them by chartering a vessel through Saffron Cruises. Options range from sailboats (starting at $580) to sexy cigarette boats and motor yachts (from $1,100 and $2,580 respectively). Genuine junks are also available in case you want to tool around Victoria Harbour with 29 of your closest friends. Time things right and you can be on the water to see Hong Kong’s incomparable collection of skyscrapers showcased in the dazzling Symphony of Lights, a multimedia extravaganza that runs nightly at 8 pm.

Save: Savvy travelers know the best experiences are sometimes the least expensive. Such is the case with the Star Ferry: a floating icon for over 100 years. A first-class, upper-deck ticket for a trip across Victoria Harbour costs less than 45¢. If a seven-minute ride seems insufficient, the line offers an hour-long loop "cruise," with tickets priced at $11 during the day and $22 during the Symphony of Lights. For something more intimate, board Duk Ling, a vintage junk, now fully restored and topped with distinctive red sails. An hour-long harbor tour (Thursdays and Saturdays only) is just $13.

Having a split personality when it comes to travel, frequent Fodor’s contributor Susan MacCallum-Whitcomb loves a destination where she can both splurge and save. When not on the road, she lives happily in Halifax, Nova Scotia with her husband and two children.