Coronavirus Leila Najafi Want to Stay in Costa Rica for Over a Year? A New Law Might Help You
Home  >  News   >   Southwest Airlines Approved for Overseas Flights 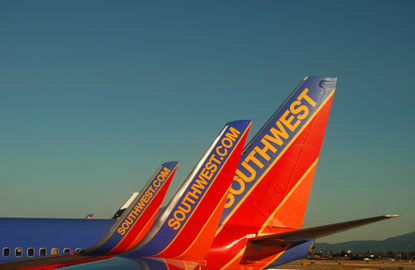 Wanna get a bit farther away? Southwest Airlines will soon be able to take passengers to destinations a bit further afield, thanks to an agreement approved by flight attendants late last week. The deal will allow the airline to operate flights beyond the continental United States, covering over-water destinations and also international service.

Potential new service destinations covered by the deal include Puerto Rico, Hawaii, the Caribbean, Central America, and northern countries of South America. Some of these destinations are currently served by AirTran, recently acquired by Southwest. This deal will allow those routes to be integrated into the Southwest operations going forward. Additional destinations will become possible for the combined company as they take delivery of new Boeing 737-800 aircraft with greater range than the current fleet offers.

Both the flight attendants union and the company have expressed their pleasure with the new agreement. Stacy K. Martin, president of Transport Workers Union Local 556, the group representing the flight attendants was particularly optimistic in a statement released announcing the vote results, "We’re very pleased to reach this agreement, with terms that will allow the company to grow and prosper, protect the interests of the flight attendants, and allow us to continue to provide the exceptional customer-first service that Southwest is known for."

The agreement with the flight attendants highlights a number of potential changes to the way Southwest may operate going forward. It provides details on new pay scale rates for redeye flights, for example; historically the carrier has not operated redeye flights. There is also the potential for meal service on flights now according to one source, another significant change to the way the company operates. Flight attendants proficient in languages other than English will see a pay bump on certain routes and trips involving these new routes will earn flight attendants a higher per diem.

Both the flight attendants and the pilots have approved similar deals and the new planes are expected to be delivered starting later this year. But don’t expect to see the route map grow dramatically in the immediate future. The company still has to upgrade their reservations system to handle the international service, something which has also prevented them from fully integrating the AirTran operations.

More destinations farther away are coming. Not immediately, but soon. And in a manner which should be beneficial to passengers, the company, and its employees. That sounds like a win all around.