Soft Adventure Around the World 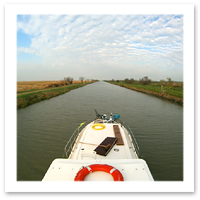 Soft adventure means different things to different people. We define it as any activity that balances mild physical activity with a lot of down time. Here are eight adventures (in different prices categories) that capture the idea perfectly.

Barge Cruising in France
Picture cruising along scenic canals in France with stops along the way for wine tasting, touring historic villages, and exploring local markets. If this sounds like a dream vacation, then barge cruising is perfect for you.

Going for Broke: Book a voyage on Amaryllis, a luxury barge that holds up to eight passengers and is decked out with Italian antiques, marble baths, and four bedrooms adorned with Louis XV furniture. For seven-days, the boat cruises through the wine region of Burgundy, stopping here and there to see medieval chateaus and storybook villages. The $6,000 price tag includes accommodations, meals, and most sightseeing.

For the Budget Traveler: Tour operator Barge Lady Collection proves that barge cruising isn’t just for those with deep pockets. Schedule a seven-day trip through Provence aboard the Saroche (photo, right) and you’ll find top-flight amenities — a hot tub, a salon, an onboard chef — but at half the cost of the Amaryllis journey. Historic sightseeing along the way includes the Museum of Ursulines in Macon and stops at quaint villages such as Suerre, which dates back to the 5th century. Prices from $3,500 include accommodations, meals, and most sightseeing.

Biking in the U.S.A.
A biking vacation might not sound like soft adventure, but rest assured that luxury adventure packager Butterfield & Robinson knows how to plan leisurely paced trips that appeal to even the most recumbent travelers.

Going for Broke: How about a six-day biking trip in Santa Barbara? As you pedal along the rolling hills you’ll take in stunning views of Los Padres National Forest. Check out the hip boutiques and restaurants in Santa Barbara, and enjoy gourmet meals and wines such as a patio picnic lunch at Rusack Winery, complete with wine pairing. Stay in two posh hotels on your journey — the Four Seasons Biltmore and the Alisal Guest Ranch & Resort, a 10,000-acre working cattle ranch with amenities such as an outdoor pool, hot tub, and two 18-hole golf courses. Prices from $6,795. Bikes, hotels, and most meals and sightseeing are included.

Getting Here: To reach Santa Barbara, fly into LAX or Burbank’s Bob Hope Airport and then rent a car for the 90-minute drive north to Santa Barbara. There is a small airport in Santa Barbara, with limited service on United, Delta, and US Airways.

For the Budget Traveler: Bicycle adventures aren’t just for the idle rich. Tour operator Summer Feet has six-day cycling adventures along the Maine Coast. Bike through the quaint village of Camden and on Acadia National Park’s famous carriage roads, which are lined with towering pine and birch trees. Take in views of Mount Desert Island or look for seals and dolphins in the water. Stay at charming New England inns like the 19th-century Hartstone Inn in seaside Camden. Prices from $1,800 include most meals, sightseeing, cycling, and accommodations.

Getting Here: You can get here by flying into Portland, Maine. Most airlines, including United and US Airways, have flights through NYC, Boston, and Washington D.C., and fares begin as low as $240 RT. Jetblue also flies here from many U.S. cities, with fares starting at $200 RT. 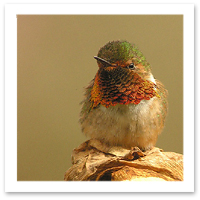 Bird Watching in Costa Rica
Costa Rica is perfect for bird-watching. Where else will you find 830 bird species, including hummingbirds, kingfishers, jays, colorful toucans, and the famously resplendent quetzal, which has a long tail and hides among the lush forest foliage.

Going for Broke: For those who want to bird-watch and live in the lap of luxury, the Four Seasons, on the Papagayo Peninsula, is near two of the prime bird-watching spots in the country: Palo Verde National Park, a 42,000-acre wetland and tropical dry forest; and Rincón de la Vieja Volcano National Park, where bird fanatics will find 300 species, including the three-wattled bellbird, emerald toucans, quetzals, curassows, and eagles. The hotel arranges for private excursions to the areas with expert guides. Prices from $500 a night.

Getting Here: American Airlines, Continental, and US Airways have flights into Liberia Airport starting around $600 RT. You can also fly into San Jose via American, Delta, or Continental. Fares start at $300 RT.

South African Safaris
Viewing giraffes, leopards, rhinos, and other animals in their natural environment is the ideal low-key adventure getaway — you get to see nature up close from the safety of a comfortable vehicle.

Going for Broke: If money is no object, head straight to the exclusive Camp Jabulani, near Kruger National Park, which has six ultra-luxurious suites with private decks, plunge pools, and fireplaces. The camp has morning and evening game drives in addition to elephant-back safaris. Meals are lavish affairs served on bone china. Prices run from $1,000 per person, per night, and include all game-viewing, elephant-back safaris, accommodations, meals, liquor, laundry, and airport transfers.

For the Budget Traveler: Even the budget-conscious can fulfill safari fantasies by taking part in a volunteering safari through Shamwari Game Reserve in the Eastern Cape. Guests take the usual game drives and can spot black-and-white rhinos and lions but you’re also expected to work for a few hours each day with conservationists and wildlife experts to help rehabilitate wildlife and assist with anti-poaching patrols. Accommodations are in lodges with satellite TV, Internet, and a game room. Meals focus on local cuisine — grilled meats and freshly grown produce. Pitching in means a huge savings on a usually high-priced trip — the cost is $2,000 for two weeks.