News Apeksha Bhateja Have $340,000 and Want to Vacation in a Survivalist's Paradise?
NewsSkip the Olympics: What (Else) to Do in London

Skip the Olympics: What (Else) to Do in London

You may get the impression that the only thing happening in London this summer is the Olympics. But there is tons to do around town for non-sports fans (and people that didn’t get tickets), as well. Here are nine non-Olympics reasons to brave Heathrow this summer.

Insider Tip: Allow more time than you’d think to get anywhere in town. Also, be aware that Transport for London is urging people to avoid the Tube in Central London unless traveling to the Games. 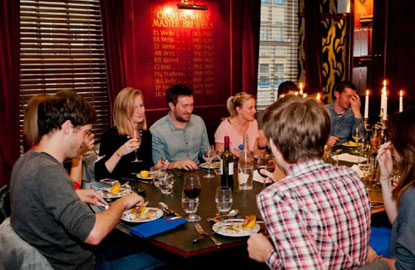 These temporary, usually highly specialized, eateries are a fleeting pleasure, offering good food and a distinctive atmosphere during their short life. Hours and location may vary, but here are the ones we’re scoping out. A small four-room "supper club" north of Euston Station (called Ssshh..) offers three-course meals (£30, $46) and good conversation at elegant communal tables. Several of the city’s best street-food vendors, purveying everything from Caribbean jerk chicken to ribs, can be found at StreetFeast, an open-air market held on Friday nights in Camden. Another popular trend is gourmet burger wagons. Lucky Chip (serving a notable soft-shell crab "Bill Murray burger"), based on Westgate St. near East London’s London Fields, is a standout. MeatLiquor, another burger van, gained such a following it now has two restaurants, one in Marylebone and another in Covent Garden. 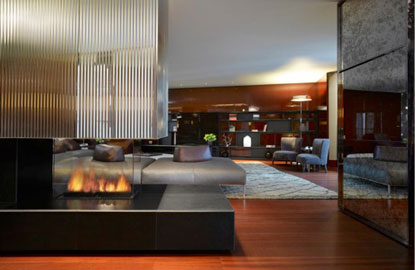 So far this year has seen an explosion of top-level hotels opening in the city. They include: ME London, from Spanish design hotel group Melia, which has enlisted noted architect Norman Foster to create a hotel in the shell of the Marconi Building, formerly an outpost of the BBC, on the Strand; The Cafe Royal, a 159-room five-star conversion of a Victorian landmark that incorporates the ornate, legendary Grill Room restaurant, patronized by everyone from Oscar Wilde to Princess Diana; and The Bulgari, the latest outpost of the Italian luxury brand near Hyde Park that combines innovative contemporary design with understated bling. 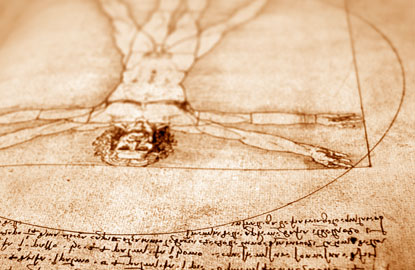 A rare opportunity to see da Vinci’s beautifully executed, remarkably accurate studies of the human body. The approximately 90 drawings, the most extensive survey yet, are drawn from the Queen’s art collection and are shown in a gallery attached to Buckingham Palace. 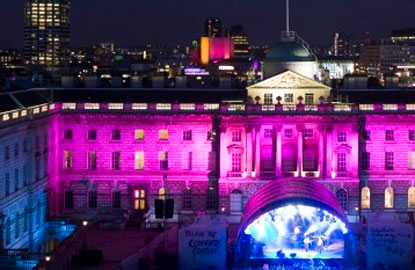 On the weekend of July 21–22, musical artists from the 205 countries participating in the Olympics will perform on six stages (each with musicians from a different continent) on the banks of the Thames for the BT River of Music. Shows range from the cool jazz of Wynton Marsalis to the disco-rock of the Scissor Sisters, the Afro-beat of King Sunny Adé and, for something completely different, the Australian-Balkan horn-driven dance band The Barons of Tang. Concerts are ticketed but free. 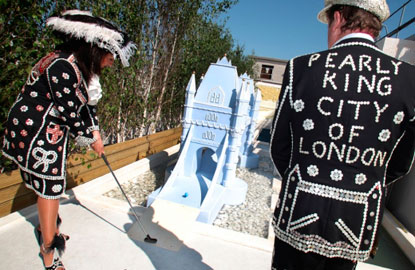 Department store Selfridge’s has created a rooftop "Tea and Golf Party" open from noon–10 pm. All nine holes of the miniature golf course created by "food architects" Bompas and Carr are giant iced cakes representing various London landmarks (such as Buckingham Palace, St. Paul’s, Tower Bridge, and so on), and if that whets your appetite, the upscale organic Daylesford Café provides traditional afternoon tea, plus summer evening drinks and dinner, all six stories above busy Oxford Street. 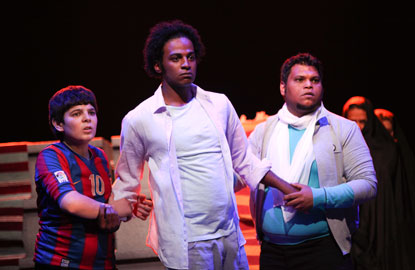 The UK is hosting another huge, rather more art-inclined international festival in 2012, this one devoted to the Bard—the World Shakespeare Festival. In London that means Royal Shakespeare Company productions at the Roundhouse in Camden including The Comedy of Errors, The Tempest, and Twelfth Night, the summer season (including The Taming of The Shrew and Richard III) at the open-air Shakespeare’s Globe, a replica of the theater where the plays were first performed near the original’s location on the South Bank, Jonathan Pryce in King Lear at the Almeida Theatre in Islington, and much more. 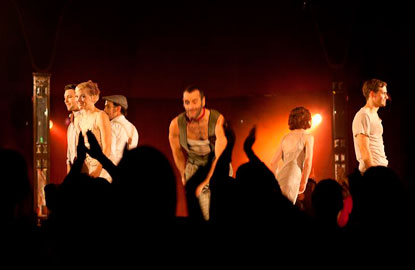 Just what it sounds like, the London Wonderground Festival of Cabaret and Circus encompasses numerous eclectic acts such as "immersive cabaret theatre experience" The Boom Boom Club, magic acts, acrobats, rockabilly bands, and the truly amazing human beatbox, Shlomo. The venue is inside a huge purple cow at the Southbank Centre. 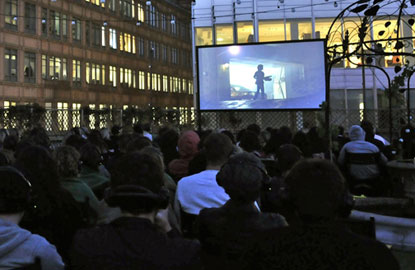 Undeterred by the notoriously unreliable British weather, the Rooftop Film Club is an outdoor screening series showing films under the stars on the roof of the Queen of Hoxton nightclub in Shoreditch and the lavish Roof Gardens in Kensington. Programming tends toward cult classics like Dirty Dancing, The Breakfast Club, or The Big Lebowski. Patrons sit in directors’ chairs listening to the soundtrack via wireless headphones. Ticket price includes fish n’ chips, or barbequed burger or hot dog. 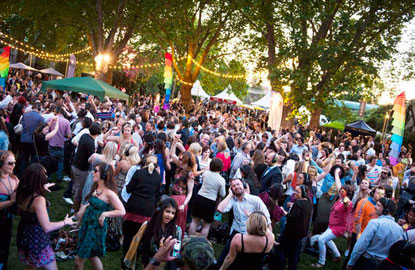 If you’ve ever wanted to go to the zoo without the kids, the London Zoo in Regent’s Park stays open till 10 pm on selected Friday nights during the summer. In addition to the chance to see the zoo’s inhabitants just before they bed down (or, in the case of nocturnal animals, after they get up), there’s a silent disco, a cabaret show, food, and cocktails, so adults only. Advance booking required. 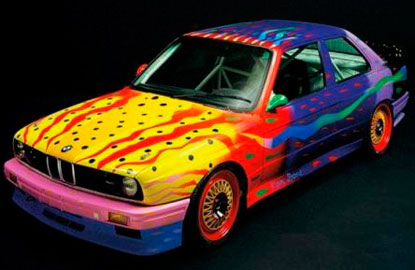 As part of Festival London 2012, the cultural tie-in to the Olympics, notable artists including Andy Warhol, David Hockney, Jeff Koons, Frank Stella, Jenny Holzer, and Roy Lichtenstein have been turned loose on 17 BMWs to customize them. The results are available for viewing at a central London parking structure.