Six National Parks to Visit in 2013

When Yellowstone became our first national park in 1872, it was a uniquely American idea: a magnificent natural space set aside for, and belonging to, the people. And ever since, we’ve had a deep and abiding affection for them. Last year, nearly 60 million people visited the 58 parks, and the National Park Service forecast for this year is nearly the same.

This week, April 20-28, is National Parks Week, an annual invitation from the NPS to enjoy the parks without paying to get in—kind of a free dress rehearsal before the busy summer months. Here are our picks for six parks to see this year. 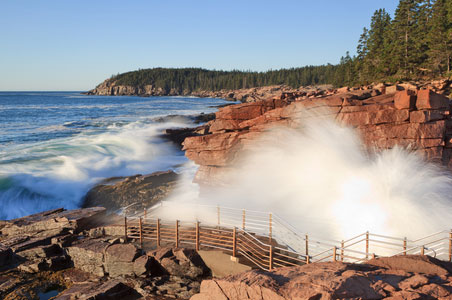 Why We Like It: Once the stomping grounds of early 20th-century East Coast bluebloods, Acadia retains some genteel amenities—Jordan’s Pond House serves up home-made popovers, lemonade, and lobster stew—against the backdrop of Maine’s rocky, rugged coast. Nearly 50 miles of carriage roads, built at the behest of oil heir John D. Rockefeller, Jr., wind through Mount Desert Island and are hugely popular with cyclists.

Note: Sequestration budget cuts have delayed the opening of seasonal facilities until May 17, but while the park is closed to cars, cyclists and hikers have free rein until then.

Insider Tip: If you watch the sun rise from the top of Cadillac Mountain, you’ll be one of the first in the US to greet the morning light, thanks to the mountain’s elevation (at 1,530 it’s the highest on the North Atlantic seaboard) and far eastern location. 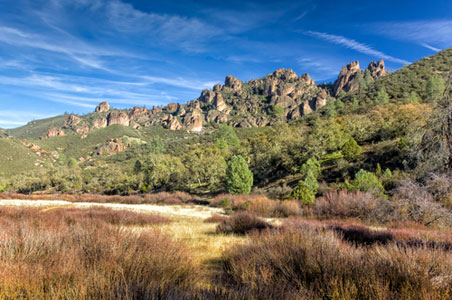 Why We Like It: Pinnacles is the newest national park (it had been a national monument), added in January and bringing the total to 59. It’s long been a popular destination for rock climbers and hikers, due to its many rocky spires and crags, but it’s also home to more than 30 endangered California condors, and the chances of spotting one of these impressive birds—whose wingspans are nearly 10 feet—are very good. Summertime can be quite warm which is why springtime is most popular with visitors, who come to see the park’s spectacular show of wildflowers.

Insider Tip: The park sits in a somewhat remote stretch of the Salinas Valley, so if camping isn’t your thing, consider staying at the Inn at Pinnacles, a lovely bed and breakfast overlooking vineyards, and only a few minutes to the park’s west entrance. 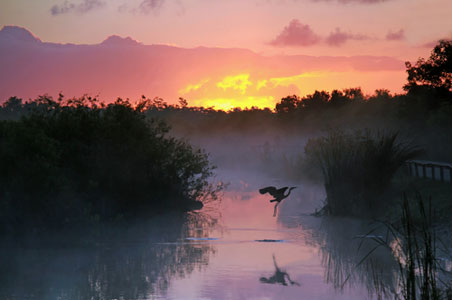 Why We Like It: Everglades is the most endangered national park, due to decades worth of water diversion and fertilizer runoff. But it’s still the largest subtropical wilderness in the US, and is the best place to find American crocodiles, the endangered Florida panther, manatees, and the Atlantic bottlenose dolphin. Its 1.5 million acres can be explored by airboat, tram, orfor a more tranquil experience, kayak. The 0.8-mile self-guided Anhinga Trail, through a sawgrass marsh, is one of the most popular in the park, and is a great place to see alligators, turtles, and all kinds of birds.

Insider Tip: If you’re entering or leaving the park through the Ernest Coe (main) entrance, fuel up at the Gator Grill in Homestead, a family-run restaurant serving tasty gator tacos, gator kebobs, and local frog legs with garlic butter. 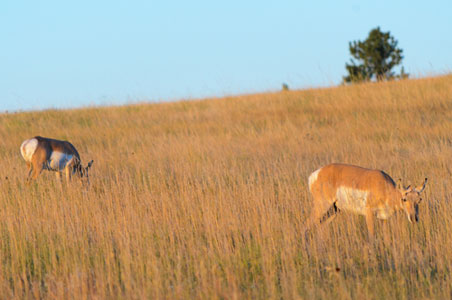 Why We Like It: Above ground, this park set amid the rolling prairie of southwest South Dakota is home to bison, elk, mule deer, black-footed ferrets, and the ubiquitous prairie dogs. But that’s only half of the story. Underneath lies Wind Cave, the sixth-longest cave system in the world with more than 130 mile of explored passagways. Reserve a spot for the candlelight tour that takes you to unlighted parts of the cave, led by rangers and limited to just 4-10 people.

Note: The park’s Elk Mountain Campground will be closed this year, due to sequestration-forced budget cuts.

Insider tip: In nearby Hot Springs, about 6 miles down the road, Evans Plunge is the oldest tourist attraction in the Black Hills, and was just purchased by the city from its private owners. It features an indoor spring-fed, gravel-bottomed pool that remains a constant 87 degrees. Since the mineral springs-fed pool has a complete change of water 16 times a day, it remains crystal-clear without the need for chlorine or other chemicals. 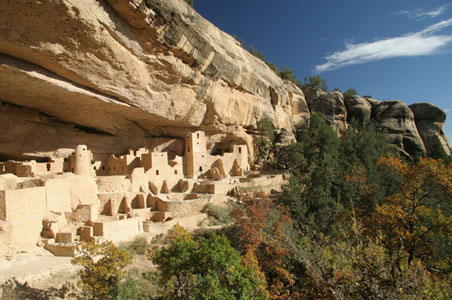 Why We Like It: The pull of this park is its enduring mystery: Why did roughly 5,000 Anasazi simply disappear—eight centuries ago—from the cliffs and mesas that had been their home for more than 700 years? They left behind a large network of cliff dwellings, irrigation networks, and artifacts that offer a fascinating glimpse into a society that inexplicably vanished. New in 2013, the park is offering special ranger-led back-country hikes, including half-day hikes into Upper Navajo Canyon and Wetherill Mesa, a two-hour hike to Oak Tree House and an all-day hike to Spring House.

Insider tip: The park opened it’s new visitor and research center in December at the park entrance, including exhibits to help familiarize you with the park and its early inhabitants; if your plan on touring Cliff Palace (highly recommended), Balcony House, or Long House, you buy your tickets here. Reaching many of the sites requires climbing steep ladders and steps, so be prepared physically and wear adequate footwear. 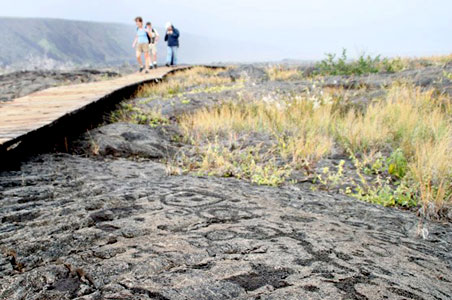 Why We Like It: Where else can you see the ground in front of you change before your eyes, as molten lava destroys everything in its path, only to create new land as it reaches the ocean? Last month marked the fifth anniversary of the eruption within Kilauea volcano’s Halema’uma’u crater, which blasted open a hole about 115 wide on the south wall of the crater. Now that hole is nearly 520 by 700 feet, and growing. For 25 years before that, lava had been erupting from the volcano’s eastern rift zone, adding about 570 acres of land to the island since then.

Insider Tip: The volcanic activity is an ever-changing and shifting phenomenon, so make sure to check the NPS website before you set out by car to the 10.6-mile to see where the lava is flowing, and the best places to view the flows. While you can drive to several viewing spots along the 10.6-mile Crater Rim Drive, helicopter tours, while a bit pricey, offer once-in-a-lifetime views.