News Tina Charisma 'Regenerative Travel' Is the New Buzz Phrase, but What Does It Mean?
Home  >  News   >   See it Now: Stanley Kubrick Exhibit at LACMA 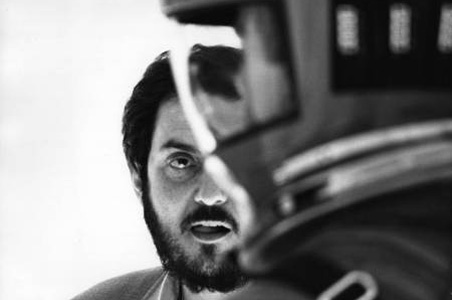 The Stanley Kubrick exhibition on view at LACMA through June 30th is a feast of collaborative efforts including screenwriting, directing, cinematography, art direction, and costume design. The exhibition isn’t just for film buffs. It is also an archive, even a lesson of sorts, on one man’s evolving skill, persistence, and career as well as the many people it takes to help realize a vision. In other words: Run, don’t walk to get there before it closes.

Walk into the exhibition and you’re immediately captured within a large dark room by two giant side-by-side screens playing scenes from Kubrick’s most notable films including: 2001: A Space Odyssey, A Clockwork Orange, The Shining, Full Metal Jacket, Dr. Strangelove or: How I Learned to Stop Worrying and Love the Bomb, Paths of Glory, and Eyes Wide Shut. Be grateful for the benches because you’ll want to watch all of the clips until it loops back to where you came in. And make a note to yourself to rent Barry Lyndon—the only one of Kubrick’s most popular films you probably haven’t seen.

LACMA describes the show as Kubrick’s films "represented through a selection of annotated scripts, production photography, lenses and cameras, set models, costumes, and props." Indeed, head deeper into the expansive and bright rooms of the exhibition and there are: early scripts with Kubrick’s handwritten notes; a kind letter from Sue Lyon, who starred as the girl in Kubrick’s Lolita, and also a letter from church groups protesting the film; a miniature model from Strangelove’s War Room; and the typewriter from The Shining. Go even deeper and there are sexualized, naked mannequins posed as coffee tables from the Korova Milk Bar in A Clockwork Orange and the giant baby Starchild from 2001. 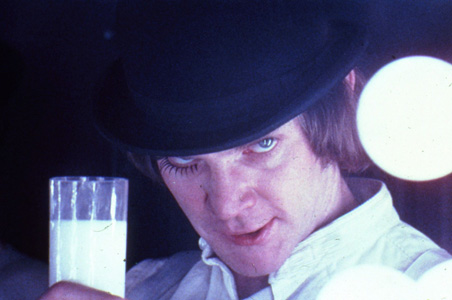 You’re let into Kubrick’s process, an artist known for his dedication to research and perfectionism, but it’s also fascinating to get a glimpse into the business of film making—the ups and the downs of it. For instance, here we see the incredible amount of pre-production effort he and others put into Napoleon and The Aryan Papers—two movies that he ultimately never made.

With the exhibition set to close on June 30th, for these last days LACMA has launched a film series called Kubrick & Co. that shows and "revisits key films in the director’s oeuvre. "The selection of films in Kubrick and Co. pairs each of the Kubrick films with a relevant work by another filmmaker," states LACMA.

Similar to the Tim Burton exhibition at LACMA in 2011, what’s compelling is the mountain of evidence showing that there are no overnight successes. Kubrick himself was a staff photographer for "Look" magazine at the tender age of sixteen. This up-close view of the behind-the-scene machinations, continuing hard work, sheer talent, and vision it takes to get something done, much less make art that stands the tests of time, is well worth the visit.

If you’re visiting Los Angeles, make time to explore the Stanley Kubrick exhibition at LACMA. Afterwards, head to the museum’s Ray’s and Stark Bar for handcrafted cocktails and debate about your favorite Kubrick film.