News Apeksha Bhateja It's a Tie: The 2 Most Annoying Airline Passenger Behaviors of 2022
NewsSecret Beaches of the East Coast

Secret Beaches of the East Coast

Now that summer has officially arrived, crowds are going to be flocking to the coast to beat the heat on vacation. We’ve got some insider best bets for the most blissfully uncrowded stretches of sand from Massachusetts to South Carolina. 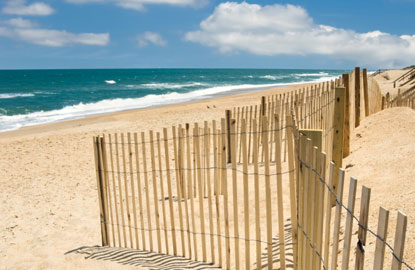 For the best quiet beach experience, look for anything that can be reached only by ferry, beaches that are not open to day-trippers, not to mention state parks, wildlife refuges, and national seashores.

The 2,500-acre Monomoy Islands (now Monomoy National Wildlife Refuge), a fragile 9-mi-long barrier-beach area south of Chatham that is accessible only by boat, is a haven for bird-watchers and an important stop along the North Atlantic Flyway for migratory waterfowl and shorebirds—peak migration times are May and late July. PLAN YOUR TRIP: Monomoy National Wildlife Refuge Review

Lambert’ Cove Beach, one of the island’ prettiest, has fine sand and clear water. The Vineyard Sound–side beach has calm waters good for children and views of the Elizabeth Islands. In season it’ restricted to residents and those staying in West Tisbury. PLAN YOUR TRIP: West Tisbury Hotel Reviews

A trip to an unpopulated spit of sand, comprising three cooperatively managed wildlife refuges, is a great way to spend a day relaxing. Coskata’ beaches, dunes, salt marshes, and stands of oak and cedar attract seabirds, particularly during spring and fall migration. Because of dangerous currents and riptides and the lack of lifeguards, swimming is strongly discouraged in the refuges. PLAN YOUR TRIP: Nantucket Travel Guide

Fire Island is basically a long stretch of pristine beach, with a string of small communities. Most of the 32-mi-long barrier island belongs to the Fire Island National Seashore. Vehicles aren’t allowed on most of the island, which is accessible by ferry, private boat, and water taxi. PLAN YOUR TRIP: Fire Island Travel Guide 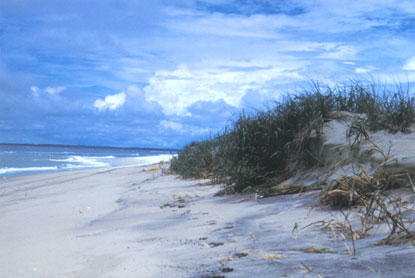 The Assateague Island National Seashore, established in 1962, occupies the northern two-thirds of a 37-mi-long barrier island, encompassing a small portion operated as Assateague State Park. Virginia’ Chincoteague National Wildlife Refuge occupies the southern third of Assateague Island, directly off Chincoteague Island. Although most famous for the small, shaggy, wild horses (adamantly called "ponies" by the public) that roam freely along the beaches and roads, this stunning area is also worth getting to know for its wildland, wildlife, and for simply enjoying a pristine ocean-side environment. Swimming, biking, hiking, surf fishing, picnicking, and camping are all available. PLAN YOUR TRIP: Assateague Island Review, Chincoteague National Wildlife Refuge Review

Extending for 55 mi from Portsmouth Island to Shackleford Banks, Cape Lookout National Seashore includes 28,400 acres of uninhabited land and marsh. The remote, sandy islands are linked to the mainland by private ferries. Loggerhead sea turtles, which have been placed on the federal list of threatened and endangered species, nest here. To the south, wild ponies roam Shackleford Banks. The Cape Lookout visitor center is on Harkers Island at the end of U.S. 70 East near a private ferry terminal. PLAN YOUR TRIP: Cape Lookout National Seashore Review 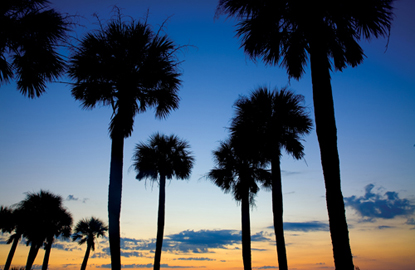 Secluded Hunting Island State Park has about 3 mi of public beaches—some dramatically and beautifully eroding. It harbors 5,000 acres of rare maritime forests. Nonetheless, the light sands decorated with driftwood and the raw, subtropical vegetation are breathtaking. Stroll the 1,300-foot-long fishing pier, among the longest on the East Coast, or you can go fishing or crabbing. PLAN YOUR TRIP: Hunting Island State Park Review

Edisto Beach State Park covers 1,255 acres and includes marshland and tidal rivers, a 1½-mi-long beachfront, towering palmettos, and a lush maritime forest with a 3½-mi trail running through it. The park has the best shelling on public property in the Lowcountry. PLAN YOUR TRIP: Edisto Beach State Park 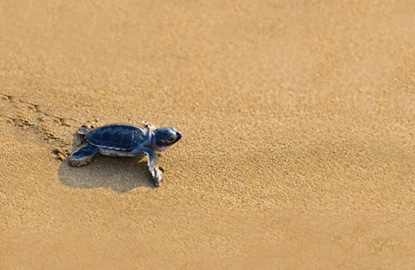 Sapelo Island is reachable only by boat and reservations are required for a tour or lodging to book the ferry. It is home to the Geechee, direct descendants of African slaves who speak a creole of English and various African languages. This rapidly dwindling community maintains many traditional African practices, including the making of sweetgrass baskets and the use of herbal medicines made from recipes passed down for generations. It’ also a nearly pristine barrier island with miles of undeveloped beaches and abundant wildlife. PLAN YOUR TRIP: Sapelo Island Travel Guide

Little St. Simons Island is 15 minutes by boat from St. Simons, but in character it’ a world apart. The entire island is a privately owned resort; there are no telephones and no TVs. There are 7 mi of undisturbed beaches, where you can swim in the mild surf, fish from the dock, or seine for shrimp and crab in the marshes. PLAN YOUR TRIP: Lodge on Little St. Simons Island Review

Cumberland, the largest of Georgia’ coastal isles, is a nearly unspoiled 18-mi spit of land off the coast of St. Marys. Largely undeveloped, its pristine beaches are a place where wild horses roam free. Though the Cumberland Island National Seashore is open to the public, the only public access to the island is via the Cumberland Queen, a reservations-only, 146-passenger ferry based near the National Park Service Information Center at St. Marys. PLAN YOUR TRIP: Cumberland Island National Seashore Review