Take a Second Honeymoon in Italy 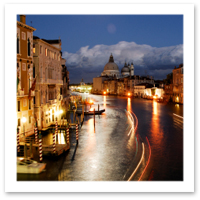 Love truly is lovelier in Italy. “Anywhere else,” the nineteenth-century French writer known as Gogol once observed, “it is only a bad copy.” I know. My husband Bob and I have spent the most romantic times of our thirty-year marriage there. Even though many people dream of falling in love in Italy, we’ve discovered that it’s just as wonderful a destination for couples who have stayed in love.

What makes a second honeymoon in Italy so special? Really, it all comes down to the simple pleasures that Italians love to share with lovers of all ages. Here are just a few of the best.

One June night in Capri friends instructed us to show up for dinner at precisely 9:35 p.m. As if on cue, the moment we took our seats a spectacular full luna rossa (red moon) soared above the Faraglioni, mammoth rocks that heave out of the Mediterranean like ancient mastodons. La luna di miele (the moon of honey), they explained, shines brightest on couples in love—perhaps even more so in Italy, and especially in the following places. 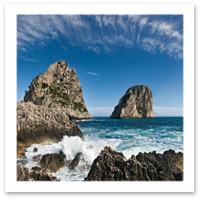 Once the throngs of day tourists leave on the last ferries, begin your evening where everyone else does: in the bustling Piazzetta Umberto I, where all streets converge. After a passeggiata (stroll) among the chic shops, head to the Punta di Tragara, a viewing point poised above the Faraglioni and the perfect site to watch the moon emerge from the horizon. We like to continue our moon-gazing at the nearby Punta Tragara Hotel, where most rooms have terraces or balconies ideal for savoring a late-night limoncello (the tart local liquor).

Daytime pursuits: Avoid the crowded streets and take to the water, either for a giro dell’isola (island tour) by boat (every size and price available at Marina Piccola) or a swim at La Canzone del Mare, a legendary bathing establishment where you can eat (very well) in your swim suit on a terrace above the sea. (Hotel Punta Tragara, Via Tragara, 57, 80073 Capri; +39 081 8370844; [email protected])

I literally gasped the first time I saw a full moon rise above the terrace of Il Pellicano in Porto Ercole, on the Tuscan coast. In a few dazzling moments the entire Tyrrhenian Sea turned to silver. I immediately understood why Michael and Patsy Graham, a dashing British aviator and his glamorous American wife, chose this spot to build Il Pellicano, a true nido d’amore (love nest), in 1965 to recreate the romance of their meeting in Pelican Point, California.

“I want to come back here every year,” I said to my husband twenty years ago, when we discovered the hotel, which has since morphed from a rustic inn to a stylish world-class resort. We have indeed returned annually—always timing our stay to coincide with una luna piena (a full moon) so we can dance in its silver light.

Daytime pursuits: Swim in the sparkling waters, hike amid the umbrella pines of the Feniglia, a nearby forest preserve, or charter a boat (such as F-marine) to the enchanting nearby islands of Giglio and Giannutri. (Il Pellicano Hotel, Località Sbarcatello, Porto Ercole; +39 0564 858 111; www.pellicanohotel.com)

Tourists who overdose on the beauty of Italian art can fall victim to light-headedness and other symptoms of the so-called “Stendhal syndrome.” But according to Rome’s Institute of Psychology and Psychoanalysis, art also can be an aphrodisiac that induces the “Rubens syndrome,” something beyond aesthetic appreciation, in museum goers. The sexiest museums in Italy, the Institute reports, are Genoa’s Palazzo del Principe Doria, Milan’s Pinacoteca di Brera, and Turin’s Galleria d’Arte Moderna. Here are my personal nominees for “amorous art.” 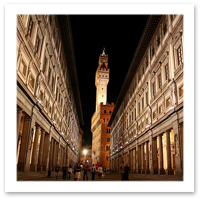 Make a bee line to Botticelli’s masterpieces: “Birth of Venus,” with the goddess of love, conceived after the phallus of heaven fell into and fertilized the sea, emerging on a shell, and “Primavera,” an exuberant visual ode to Spring, beauty, and fertility. The Medici Venus (a copy of a Greek statue) and Titian’s Venus of Urbino remain as seductive as ever. Piero della Francesca’s portraits of the pale Duchess and the hatchet-nosed Duke of Urbino look staid by comparison, but I love the “marriedness” of the pair. Read the Fodors review »

Set amid the orange trees, gardens, and leafy lanes of the Borghese Gardens, this gem of a museum houses luscious paintings, such as Correggio’s masterpiece “Danae” and Titian’s “Sacred and Profane Love.” But we always linger longest in front of Bernini’s life-size marble sculpture of the chaste nymph Daphne turning into a laurel tree to escape lusty Apollo. The figures are so vivid that, as in the myth, you can almost feel Daphne’s heart beating even as bark covers her body. If you go late in the day (when the museum is often less crowded), you can stroll afterward to the balustrade of the nearby Pincio, which overlooks the Piazza del Popolo and provides a splendid view of the Roman sunset. Read the Fodors review »

Un tavolo per due (A Table for Two)

Last year Bob and I celebrated an unforgettable anniversary on the rooftop terrace of the Palazzo Magnani Feroni, an exquisitely restored Renaissance palazzo with a 360-degree view of Florence and its surrounding hills. With just 12 luxurious suites, the Palazzo, on the Oltrarno or other side of the Arno from the crowded centro, strives to make its guests’ every wish—romantic or otherwise—come true. Its amiable staff has never let us down.

Ristorante Camponeschi (Rome). Located on one of Rome’s most elegant piazze, Camponeschi makes you feel as glamorous as Marcello Mastroianni and Anita Ekberg in La Dolce Vita. Turn yourself over to Constantino, the effervescent maitre’d, who will suggest a menu of the day’s freshest dishes and, if you let him in on your romantic intentions, end it with a sparkler-topped dessert. (Piazza Farnese 59; +39 06 687 4927; www.ristorantecamponschi.it)

Solo Per Due (Vacone, Reiti). The name translates as “Only for Two,” and that’s literally what this restaurant on the outskirts of Rome offers: a single, candle-lit table with two servings and a bell to summon servers. Extras, such as fireworks and accommodations for the night, are available on request. (Via Villa di Orazio, 2/ 02040 Vacone; +39 0746 676 873)

Even after three decades together, I never tire of saying and hearing one phrase: I love you. The words “ti amo” are even more special because Italians reserve them for the loves of their lives. With everyone else–parents, children, even lovers—they express affection with “Ti voglio bene,” which translates literally into “I wish you well,” but conveys much more: “I wish the best for you, I want all good things for you.”

Here are some other romantic phrases to sprinkle into your conversations during those romantic dinners and moonlit walks:

amore mio – my love
tesoro mio – my darling
voglio soltante te – I want only you
carissimo (masculine), carissima (feminine) – dearest
ti adoro – I adore you
anima mia – my soul
Sei stupenda – you are wonderful
Vivo per te – I live for you
Ti amo tanto – I love you so very much