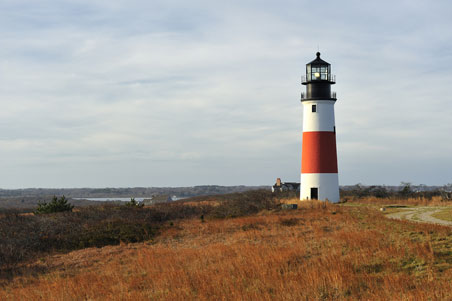 With its long stretches of pristine beach, yacht-filled harbors and sailing buffs, rose-trellised cottages and meandering bike paths, most people think of Nantucket as a summer destination, but gourmands know that come October another very important season begins on "The Faraway Island": Nantucket bay scallop season.

No scallop is more revered than the Nantucket bay scallop. These succulent little bivalve mollusks are considered a delicacy the world over, and can be spotted on menus in upscale fish markets and restaurants from coast to coast (and beyond) from fall into early spring. 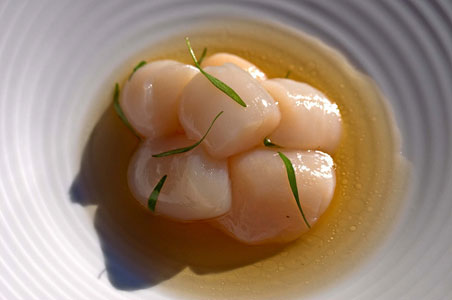 The cold, northern Atlantic waters and eelgrass habitats around Nantucket yield tender, silky bay scallops that are small in size (even when mature), but incredibly rich in taste—buttery, sweet, and truly melt-in-your-mouth delicious. Some native Nantucketers say they’re best just eaten raw with nothing but a spritz of lemon; others swear by more traditional recipes that involve sautéing, baking, broiling, and even frying.

Nantucket maintains the last commercially viable "wild" bay scallop fishery in the country, and to preserve it, the Town of Nantucket and the Nantucket Shellfish Association promote propagation, retention, protection, and seed management efforts to keep the bay scallop population as healthy as possible despite potential storms, harmful algae blooms, and other threats.

Nantucket shellfish biologist, Tara Riley, and her team bring mature scallops into the island’s scallop hatchery, and then spawn and reproduce them. "We hold onto the eggs, which hatch out and turn into larvae, for 10 to 12 days, and then release them into different areas of the harbor," explains Riley. "We release at least 10 million per spot, sometimes more." The bay scallops are then left to mature in the harbor. 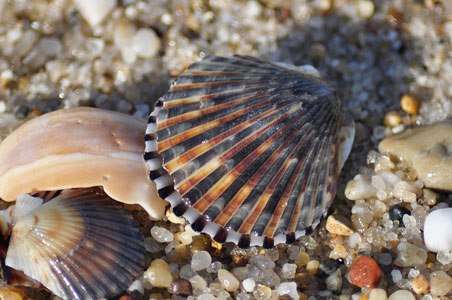 Nantucket bay scallops only live about one-and-a-half to two-and-a-half years. They’re easily recognizable because they have pretty, corrugated, smallish shells that fan outward (like Venus on the Half-Shell) and come in an array of colors. On the edge of the shell, along the mantle, there are a bunch of tiny bright, blue eyes that help the mollusks detect predators. Bay scallops attach themselves to eelgrass blades using their byssal threads and they can move around by flapping their hinged shells.

Each year, Nantucketers kick off scallop season with a Scalloper’s Ball, which is as much about celebrating (and enjoying) the island’s most beloved bivalve as it is about promoting educational awareness about them. Recreational scalloping opened on October 3rd this year, and runs through March 31st, 2014.

Local and visiting scallop-lovers have already taken to the water, waist-deep in waders, and are combing the sandy Nantucket shores of Madaket Harbor, Monomoy, Shawkemo, Coatue, and other favorite scallop hotspots with push rakes, and they’re filling up their floating baskets with a bounty of the world’s best bay scallops.

You can pay a pretty penny to enjoy Nantucket bay scallops in other parts of the country, but there’s nothing like coming to the island and procuring them yourself—it just doesn’t get any fresher than that. Landlubbers need not worry; they can also come ashore and enjoy the many bay scallop specials being offered at island restaurants throughout the season.

Recreational scalloping permits can be obtained at Nantucket’s Public Safety Facility at 4 Fairgrounds Road. Permits are $25 for Nantucket residents. Non-residents can choose between a $50 weekly permit or $100 annual permit. Free permits can be issued for scallopers who are over 60 years old. Scallop season runs through March 31st, 2014 (Wednesdays-Sundays only).