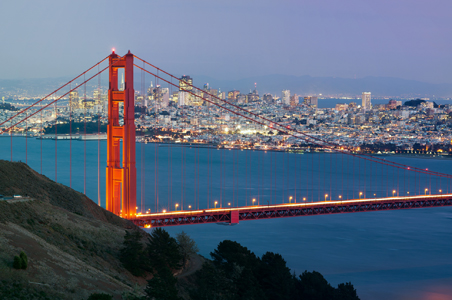 As 2013 comes to a close, there’s no slowing down for the Bay Area‘s restaurant scene. The culinary capital of the West Coast has seen a rush of new and notable eateries, many demonstrating the city’s ever-expanding diversity. The six openings outlined below present a world of flavors—from French to Mexican—putting a new crop of must-dine destinations on the map for visitors. 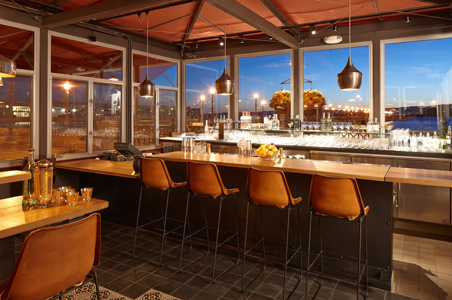 The spring saw one of the highest-profile openings of the year when award-winning chef Michael Chiarello (of Bottega in Napa) unveiled his first Bay Area restaurant. Chiarello’s take on Spanish cuisine caused Esquire magazine to name him the 2013 "Chef of the Year," and a seat at the tapas-driven spot subsequently became the hottest score in town. Wood, animal-hide, and leather appointments encourage lingering, while hanging hams, a marble bar, and a wall of wine remind patrons exactly why they are there. They have come for pintxos, skewers of tasty bites like artichokes and piquillo peppers; classics like paella and tortilla español; and seasonal specials such as razor clams with salsa verde and Meyer lemon.

Chef Jennifer Puccio and business partner Anna Weinberg have been on a hot streak, opening restaurants at a steady clip. This August saw the debut of the third gem in the duo’s triple crown: a gastropub decked out in a tallyho decor of beams, fox hunt-themed art, lanterns, and banquettes, throughout four vast rooms. The Brit-based menu includes snacks like hen egg hollandaise with ham and cheese "soldiers," akin to croquet-monsieur slivers; a curried wild mushroom pie; and a surprisingly light Welsh rarebit soufflé. Marianne’s Bar, a semi-private speakeasy tucked in the back, pays homage to British singer Marianne Faithfull, complete with original photos from the The Rolling Stones’ Beggars Banquet album. 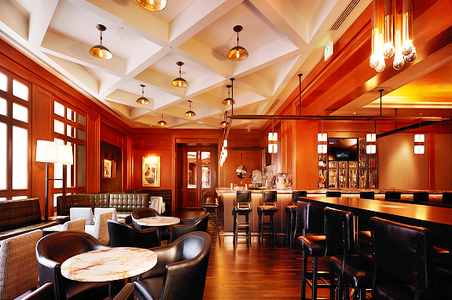 The decade-old Seasons eatery was reinvented over the summer as this "market to table" restaurant, set within the Four Seasons Hotel San Francisco. Dishes such as crisp Arctic char with pickled peaches, quinoa, cucumber, and bean salad celebrate California’s farm stands, while the Western ranching tradition is highlighted with "meat locker" steak options and a burger seared in duck fat. The bar is particularly gin-driven, with 19 selections of the spirit, and a punch bowl always at the ready.

It took over two decades to spawn a sequel to the Downtown original, but Café Claude part deux arrived in the Marina district this fall with all of the right accoutrements: pressed tin ceilings, polished brass rails, fleur-de-lis wallpaper, and distressed mirrors. The bistro menu follows suit, with classics such as charcuterie, moules-frites, duck confit, and mousse aux chocolate. 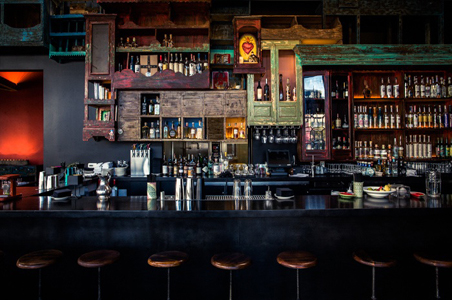 The modern Mexican menu at this September newcomer is as interesting to read as it is to eat. Innovative dishes like oysters with cucumber Serrano froth, and roast chicken with guajillo chile butter, will cause many to rethink, if not regret, any oozy red sauce/green sauce cantinas of the past. Skylights brighten a rustic-chic room edged in gorgeous tiling, earthenware, and potted plants, while the bar area is pleasantly cluttered with colorful, reclaimed cabinetry and shelves lined with mezcal.

Though Michelin-starred darling April Bloomfield is known for her New York City eateries, the chef chose this 93-year-old bar as the perfect venue to expand her empire in October. Turns out the West Coast is closer to her heart than most would think: English-by-birth Bloomfield’s first U.S. cooking experience was in Alice Waters’s kitchen at the Bay Area’s Chez Panisse. The menu nods to San Francisco’s North Beach neighborhood, with Italian specialties such as bucatini pasta with tomato, guanciale (a cured meat), and chili pepper. The preserved relics, including an antique espresso maker, jukebox, and upright piano, from the bar’s storied past, are part of the atmospheric fun.