San Francisco hotel prices, among the highest in the United States, may come as an unpleasant surprise. Still, there are plenty of reasonably priced lodging options throughout the city, so you don’t have to worry about busting the bank on your next visit. Here are a few of our favorite affordable stays. (Prices shown are for two people in a standard double room in high season.) 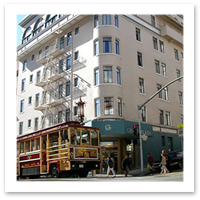 The Grant Plaza Hotel has amazingly low room rates that make this hotel a find for budget travelers wanting views of the striking architecture and fascinating street life of Chinatown. Small, modern rooms are sparkling clean, with newer, slightly more expensive digs on the top floor and quieter quarters in the back. Rooms range from $90-$150 per night.

What’s Nearby: The sights and sounds of Chinatown are close at hand, as are the Financial District, high-end shopping, and restaurants Millennium and Le Colonial.

Hotel Whitcomb
The elegant lobby of the hotel boasts marble balustrades and columns, carved wooden ceilings, rare paneling and Tiffany stained glass. The structure was built in 1910 and served as the temporary seat of city government from 1912 to 1915, before opening as a hotel in 1916. Northeast corner suites offer views looking down Market Street and across to City Hall. 1231 Market St., Civic Center. www.hotelwhitcomb.com. 446 rooms, 13 suites. AE, D, DC, MC, V. Rooms range from $90-$250 per night.

What’s Nearby: The hotel is located in the Civic Center area, close to Davies Symphony Hall, the War Memorial Opera House, and the Asian Art Museum. Top restaurants in the area include Zuni Cafe and Absinthe.

Hotel Boheme
The Hotel Boheme is a small hotel in historic North Beach that takes you back in time. Allen Ginsberg stayed here many times and could be seen in his later years sitting in a window, tapping away on his laptop. Screenwriters from Francis Ford Coppola’s nearby American Zoetrope studio stay here often, as do poets and other artists. Rooms have a bistro table, two chairs, and tropical-style mosquito netting over the bed; bathrooms have cheerful yellow tiles and tiny showers. Rooms range from $150-$200 per night.

What’s Nearby: The fish stalls and boutiques of Fisherman’s Wharf and restaurants Gary Danko and Helmand. 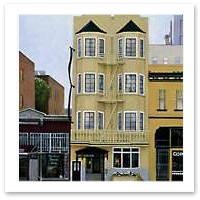 The Golden Gate, built in 1913, is a four-story Edwardian with front and back bay windows. The original “birdcage” elevator lifts you to hallways lined with wonderful historical photographs and guest rooms decorated with antiques, wicker pieces, and Laura Ashley bedding and curtains. Fourteen rooms have private baths, some with claw-foot tubs. Afternoon tea and homemade cookies are served in the cozy parlor by the fire. Rooms range from $90-$149 per night.

San Remo Hotel
A few blocks from Fisherman’s Wharf, the San Remo Hotel was once home to longshoremen and Beat poets. A narrow stairway from the street leads to the front desk and labyrinthine hallways. Rooms are small but charming, with lace curtains, forest-green-painted wood floors, brass beds, and other antique furnishings. The top floor is brighter, because it’s closer to the skylights. Rooms range from $75-$100 per night.

What’s Nearby: Ripley’s Believe It Or Not Museum and the Musée Mécanique. Stop in for oysters and grilled fish at McCormick & Kuleto’s. 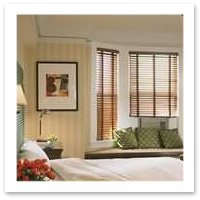 The Hotel Vintage Court, two blocks from Union Square, has inviting rooms named after California wineries. Some rooms have sunny window seats, and all have dark-wood venetian blinds. The Wine Country theme extends to complimentary local vintages served nightly in front of the fireplace in the chocolate-color lobby. Rooms range from $150-$199 per night.

The Mosser
Built by patron of the arts Alice Phelan in 1913, The Mosser was purchased in 1981 by composer Charles W. Mosser and completely renovated in 2003, resulting in a comfortable fusion of contemporary decor and Victorian architecture. Recent upgrades include the newly replaced elevator, double-pane windows and flat-screen TVs. At least 75% of the rooms have tiled private baths with deep tubs, and 25% offer clean, convenient shared facilities on each floor. A continental breakfast is available for $9.95 next door in Annabelle’s. Ask for special rates. 54 4th St., SoMA. 415/986-4400. www.themosser.com. 166 rooms, 112 with private baths, 54 with shared bath. AE, D, DC, MC, V. Rooms range from $150-$199 per night.

What’s Nearby: The SF Museum of Modern Art, the Museum of the African Diaspora, the Cartoon Art Museum, and the temporary headquarters of the California Academy of Sciences. Need a pick-me-up? Check out the fine bistro fare at Fringale.

Find the San Francisco hotel that is perfect for you with Fodor’s Lodging Planner.