News Apeksha Bhateja Have $340,000 and Want to Vacation in a Survivalist's Paradise?
NewsRussian River Sailing: Viking’s “Waterways of the Czars” 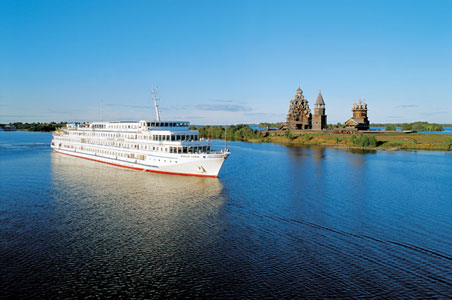 Like most travelers to Russia, I set off to the world’s largest country with visions of colorful onion-domed cathedrals, opulent palaces once run by czars, exquisite Hermitage masterpieces, and graceful gravity-defying ballerinas dancing through my head. My trip on Viking River Cruises’ 12-night “Waterways of the Czars” sailing delivered on those encounters, with a carefully crafted cruise itinerary capped on either end with three action-packed days of exploring both Moscow and St. Petersburg (where their ship was moored as a floating hotel).

But where the real value of a Viking cruise comes in is once guests are steered away from the two mega-metropolis cities (where massive museums and monuments, urban sprawl, and maddening traffic jams can quickly overwhelm), toward the less-trodden reaches of everyman’s Russia that line the waterways in between, where charming villages, Golden Ring cities, and pastoral landscapes await.

Viking virtually pioneered Russian river cruise itineraries when they launched back in ’97, and their deep Russian roots and trusted industry connections are evident in masterly executed itineraries, expert local tour escorts, and an ability to take travelers beyond the must-see sights. Expect a veritable matryoshka doll of opportunities, with onboard lectures on Russian history, culture, politics, and language; home visits hosted by charismatic locals; cultural performances highlighting ballet, traditional folkloric music, and more; and plenty of opportunity to ogle inspired art and architecture. In short, Viking helps guests demystify a land that has long lived in the American psyche as someplace foreign not just in geography, but ideology.

I sailed aboard the 204-passenger Viking Helgi from St. Petersburg to Moscow (reverse itineraries are also available), taking in a flurry of key highlights on either end, like Moscow’s Red Square and St. Petersburg’s Hermitage Museum. But Viking peppered the city tours with unexpected and intriguing excursions (for a fee), too, likea meet-and-greet with Red Army WWII vets at Moscow’s Museum of the Armed Forces, or a visit to one of St. Petersburg’s authentic kommunalkas (communal apartments). 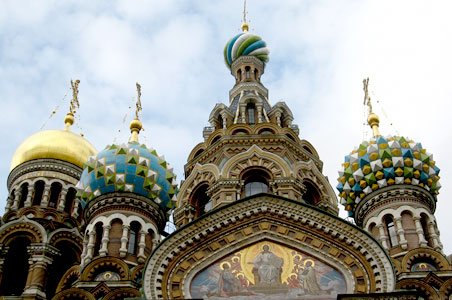 When not moored in the two major cities, the ship sails for five days along a series of Russian lakes and waterways (including the lock-pocked Volga River). This is when a more leisurely pace sets in, with enriching, half-day calls upon little-trodden locales that would be difficult to reach any other way. My favorite was the island of Kizhi, set in the midst of pretty Lake Onega (Europe’s second largest lake), and offering a UNESCO-designated open-air ensemble of historic wooden structures, including the fairytale-esque Church of the Transfiguration, with its explosion of wooden domes.

In the Golden Ring city of Uglich, meanwhile, a hosted home visit, fueled by apple cake, spirited conversation, and vodka poured at 10 am was a highlight of my trip, while in Yaroslavl, a beautiful a cappella performance of Russian choral music in a local church proved so moving, I was brought to tears.

The cultural-focused itineraries are reflected back onboard the 204-passenger Helgi with insightful lectures (covering topics like the Romanovs or the Russian economy), introductory Russian language lessons, local performers (including opera singers from the esteemed Mariinsky Theatre), and themed dining events highlighting regional dishes (I particularly enjoyed the on-deck Russian lunch, featuring dishes like borscht, blini, and Siberian pelmeni—or, ravioli).

In the onboard restaurant, traditional Russian specialties are featured on the menu for both the lunch buffets and plated dinners, like golubtsy (stuffed white cabbage leaves with sour cream and tomato sauce) or grilled pike perch from Lake Ladoga; while the majority of dishes reflect pan-European and American favorites. Meals are open seating and served at set times—expect continental and buffet breakfast options; lunch buffets with soups, sandwiches, choice of entrée, and dessert; and more elaborate five-course dinners. Select wines, beers, and soft drinks are included in the rates (and there is no corkage fee should you decide to sample the local swill), as is bottled water, and round-the-clock, self-serve tea and coffee.

Short of the welcome and captain’s farewell dinners, which are slightly dressier, but not formal affairs, dress aboard and onshore is casual. Bring layers to navigate the moody Russian weather, plus rain gear and a collapsible umbrella for rainy days (the ship’s supply ran out several times during my sailing). 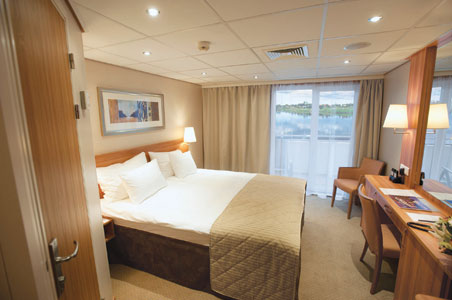 Expect fellow English-speaking passengers, ages 60 and up, that hail largely from North America, with a sprinkling of Brits, Aussies, Kiwis, and assorted Europeans thrown into the mix. Given the intimate size of the ship, you’ll see the same faces again and again, making it easy to make new friends.

The Helgi crew hails largely from Russia and Indonesia, though some of the Russian staffers had not yet caught onto the whole “service with a smile” mentality that many Americans might expect. However, the exceptional Russian Program Director, who sprinkled regular port briefings with amusing anecdotes and jokes, and the high-quality Russian tour guides who remained at our disposal for the whole the trip, brought a degree of professionalism and expertise that was above par.

Viking Helgi will sail the Waterways of the Czars itinerary from May through October in 2013. Fares start from $4,096/person including guided shore excursions in each port of call, choice cultural performances, onboard lectures, WiFi, and select beverages; gratuities are extra. Book by December 19 to nab early-booking two-for-one cruise rates and airfares. Viking can also arrange extensions with add-on hotel stays in major cities (like Helsinki), as well as book flights (with ground transfer inclusions). Call 800-706-1483 or visit VikingRiverCruises.com to book.

Modern-day explorer, perpetual seeker, and diligent travel scribe Elissa Richard has set out circumnavigating the globe on an ambitious 14-month adventure. Tagalong on her travels through Europe, Asia, the South Pacific, and Latin America—and on the high seas in between—as she reports back to Fodors.com on captivating cruises, hot hotels, and timely travel trends.