Tasmania is Down Under’s down under—the smallest of Australia’s states (which by larger-than-life Australian measure, is still about the size of Ireland), set at the continent’s southernmost point. Long considered a remote and isolated backwater, revered for its pristine wilderness—but not much else—the island of "Tassie" has finally come into its own, evolving into a foodies’ fantasyland with a phenomenal farm-to-table restaurant movement, bolstered by a new crop of fresh oyster bars, winery-hotels, food tours, cooking classes, and more. But perhaps its biggest coup has come via its capital at Hobart, where a thriving arts scene came to a heavenly head two years ago with the launch of the dazzling collection at MONA (Museum of Old and New Art), which is poised to compete amongst the world’s great art museums.

Add to that a fresh wave of luxury hotels and eco-lodges, for a dramatic new travel landscape that couldn’t have been imagined just a decade ago. And at just an hour’s flight from Melbourne or two hours’ from Sydney, Tasmania’s trifecta of nature, food, and art is well within reach. After ogling art and chowing down in Hobart and being wowed by the wilderness surrounding Cradle Mountain during my own five-day Tasmanian tour, I’m ready to share some firsthand tips for this ultimate Australian side trip. 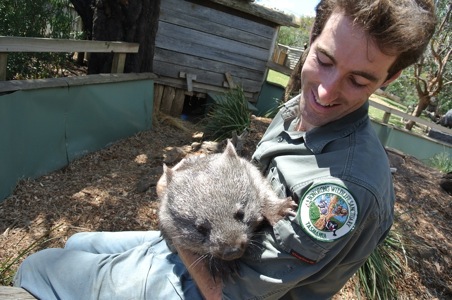 Sparsely populated and hauntingly beautiful, more than 40 percent of Tasmania’s terrain comes protected in wilderness reserves. From the harsh sea- and wind-swept coastline to raging inland rivers, and ancient rain forests to jagged mountain peaks, Tasmania delivers Mother Nature at her most dramatic. The outdoor adventurer will find endless opportunities for exploration here—hiking, mountain biking, rafting, kayaking—all while breathing in what’s been scientifically proven as the world’s cleanest air.

Encounter some of Tasmania’s most memorable and wild landscapes in the national parkland surrounding its highest mountain, craggy Cradle Mountain. For an excellent introduction to the park, circle a glacial lake in the shadows of Cradle Mountain on the two-hour Dove Lake loop trail, or tackle the three-hour climb up to Marion’s Lookout for close-up panoramas of Cradle’s summit and out over Dove Lake.

The landscapes here provide haven for some of the world’s rarest animals and birds, like the Tasmanian devil (of Looney Tunes’ memories)—learn more about the strange marsupial critters, and their current threat of extinction, on guided tours at the [email protected] sanctuary, set near the park’s entrance.

For more up-close encounters with Australian wildlife, like wombats and wallabies, kangaroos and koalas, visit the Bonorong Wildlife Sanctuary near Hobart, a conservation and education center where visitors can feed the ‘roos and pet cuddly koalas. 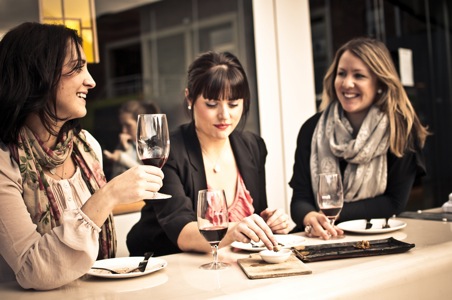 Tasmania’s rich and fertile soils have given rise to farmlands and vineyards that can cultivate just about any crop—not to mention the seafood-rich waters. Build up an appetite exploring the great outdoors, and then indulge your palate on this gourmet isle’s superb local produce, creamy cheeses, succulent seafood, and cool-climate wines.

Sample farm-fresh Tasmanian cuisine at the sophisticated The Source at Hobart’s MONA—a fine-dining, French-inspired eatery with fixed-price degustation menus that are left to the whims of the chef and expertly paired with wines; or, hit up the museum’s more casual Wine Bar for wine tastings and craft beers (sourced from the on-site winery and brewery) and delectable light bites. In town, new hot spot wine bar Garagistes, set in a sleekly reinvented garage, also doles out inventive fixed-price menus, while the recently launched Villa Howden Restaurant serves seasonally sourced multicourse menus, in an atmospheric villa on the outskirts of town.

For an immersive introduction to Hobart’s food scene, Gourmania Food Tours runs guided walking tours for food and wine sampling at some of the city’s top eateries and food vendors. Or, for the ultimate souvenir, take home a taste of Tasmania at the new Sally Wise Cooking School (set outside of Hobart in the Derwent Valley), helmed by cookbook author Sally Wise who leads energized hands-on cooking classes highlighting local ingredients. 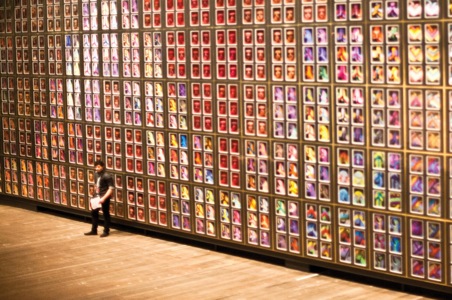 The Heart of Art in Hobart

Hobart is Tasmania’s arts hub, oozing urban cool infused by small-town charm. While there are plenty of hip little galleries and artists’ studios (clustered largely around Salamanca Place); a newly renovated Tasmanian Museum and Art Gallery; and the Tasmanian School of Art and adjacent Henry James Art Hotel breathing new life into Sullivan’s Cove old warehouses—each well worth perusing—it’s the debut of the extraordinary MONA that has set up Hobart as beacon for the arts and heightened its hip factor off the charts.

Launched in early 2011, MONA is the well-funded and brilliantly executed brainchild of Hobart local David Walsh, who amassed his fortune on professional gambling. Perhaps his most winning bet, Walsh built this three-floor subterranean structure with plenty of labyrinthine gallery space to showcase his personal eclectic collection of provocative art pieces and installations. Walsh has dubbed it a "subversive adult Disneyland," where he’s mixed modern works with ancient artifacts, and represented big names like Basquiat and Chris Ofili. Intent on challenging the traditional gallery format, the layout here lacks any obvious order or labeling that might otherwise "lead" visitors’ perception—a rather refreshing exercise for visitors. 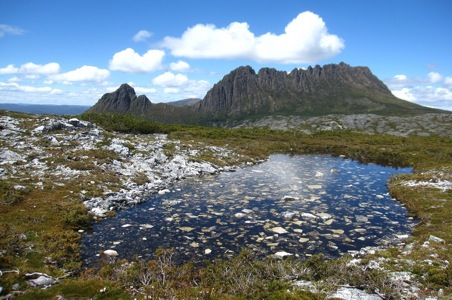 In Hobart, the 56-room Henry Jones Art Hotel (from $257/night) has reinvented a former waterfront warehouse and doubles as an exhibition space for more than 300 works by emerging local artists. For lavish digs in a Provencal-inspired villa on the city’s outskirts, the splurge-worthy bayside Villa Howden (from $356) offers intuitive service and 10 plush rooms.

At the park’s edge, Cradle Mountain Chateau’s (from $155) 60 rooms propose good value and forest views; or, upgrade to one of 86 well-appointed units at the nearby Peppers Cradle Mountain Lodge (from $195), which touts the excellent Alpine Spa, and access to a series of short nature walks.