Coronavirus David Silverberg Are Your Kids Heading Back to Summer Camp? Here's What You Need to Know
Home  >  News   >   Cruise Preview: Royal Caribbean’s New Quantum of the Seas 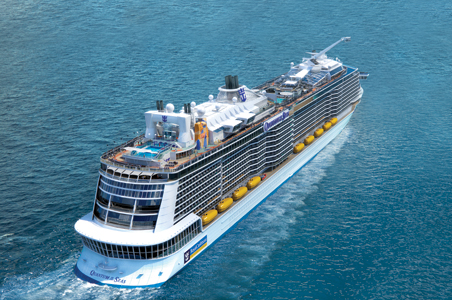 Calling it a "quantifiable step forward" in cruising, Royal Caribbean Cruises CEO Richard Fain gave a preview yesterday of the new Royal Caribbean ship, Quantam of the Seas, along with Royal Caribben International President and CEO Adam Goldstein and the ship’s godmother, Kristin Chenoweth, who will go above and beyond the typical duties of a "godmother" to act as a consultant on the development of the ship’s entertainment offerings. 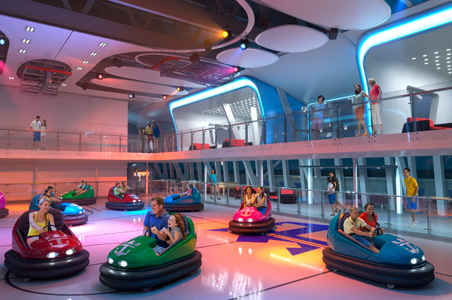 The line’s newest ship is, surprisingly, not as large as the previous two ships—Oasis of the Seas and Allure of the Seas—which Royal Caribbean launch in 2009 and 2010, respectively. Those ships, which can each hold 5,400 passengers (almost 1,300 more than Quantum of the Seas) were known for their "firsts," including an open "Central Park" with lives plants, an aqua theater, and myriad new restaurants and entertainment venues. The new ship may not be as large, but it will have just as many splashy new features. 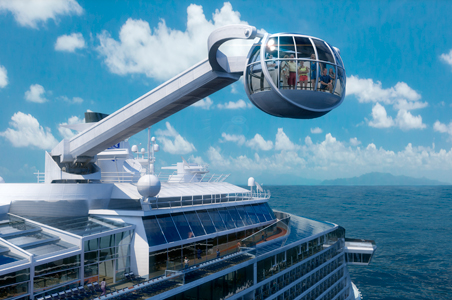 Perhaps the most exciting is the North Star observation pod, which can hold 14 people and will swing out over the ocean at a height of 300 feet above the water. It looks not unlike one of the pods from the London Eye. Others may be just as entranced with RipCord by iFly skydiving simulator. Oh, and the ship will also have bumper cars, just like in an amusement park, every evening in the gigantic SeaPlex indoor sports arena (and after the bumper cars, the arena turns into a nightclub when a DJ pod descends from the ceiling and will even offer roller skating "dance" parties). All three of these innovative attractions will be offered for free, though Fain also pointed out that he expects the ship to maintain premium pricing on every cruise fare to pay for these nifty new toys.

I was equally impressed by Two70°, a three-story atrium-like bar and lounge area that offers space for reading in a sundrenched open space by day and circus aerialists by night.

Adam Goldstein promised that the cabins would be both bigger (9% on average than on other Royal Caribbean ships) and offer a more homelike feel. Families will appreciate that a mini-suite, regular balcony cabin, and inside "studio" can be combined to a large family-size cabin with interconnecting doors and three bathrooms. Studios will also be sold separately for singles, and all inside cabins will have a "virtual balcony," doing Disney one better on their "Magic Portholes". In this case, it’s the whole fourth wall that will be a projection of the world outside the ship and will do a lot to alleviate the claustrophobia of an inside cabin.

For those of us who are New Yorkers, the best news of all is that Quantum of the Seas will sail from Bayonne, NJ. You’ll be able to book cabins starting in June (though frequent Royal Caribbean cruisers will get first dibs in mid-May).