News Ronny Maye Should You Cancel Your Vacation to an Area Impacted by a Natural Disaster?
NewsHow Did Your Road Trip Rack Up?

How Did Your Road Trip Rack Up? 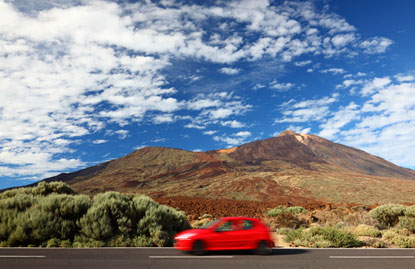 If you’re like most Americans, you took more of your vacation time on the road this year—literally. According to a recent consumer survey by Chase, road-trip expenses such as hotels and car rentals have been climbing in the U.S. throughout 2012. Spending on gas and tolls peaked in the second quarter, and while overall travel remains flat since last year, we spent more on car travel.

The road trip has been an American obsession since Jack Kerouac published On the Road six decades ago and, despite the fact that gas prices are hitting record highs, the tradition is alive and well. While airline purchases increased only 1 percent, road trip purchases have seen modest gains over last year and a sharp increase since March.

"Americans’ love of road trips shows no sign of slowing down," said Phil Christian, general manager, Chase Freedom. That’s true of all ages, but what we spend on the road varies dramatically. See if your latest journey fits the trend.

Average cost of a road trip. Credit cardholders spend $367 on the average road trip in the U.S., but men shell out more than women—45 percent more on average. And road trippers between 35 and 44 years of age spend a whopping 60 percent more than their parents (65 and over).

Most popular driving destinations. Sharpest increases in road-trip spending took place in Arizona, Florida, and Illinois during the second quarter (April to June). But serious car travelers headed for the heartland.

Dining on the road. As always, fast food rules on the open road. With more than 105,000 fast-food eateries in the U.S., it’s easier to find a McDonald’s than a Zagat-rated restaurant, especially at a rest stop. Americans dropped $115 billion on fast food last year and spending is on the rise. Chase cardholders spent 17 percent more on fast food this year than last year. Women lead the pack, along with the over-65 crowd, with both groups spending 17 percent more on fast food in the spring than in the winter.

Tank and tolls. Gas prices are at a historic high—averaging $3.70 per gallon in August—with no relief expected before Labor Day. Gas is more expensive in 39 states than it was a year ago, yet we’re spending roughly the same amount filling our tanks. Tolls on the other hand are taking, well, a bigger toll. We’re spending 29 percent more on tolls this year than in 2011. We also invested more on car rentals (15 percent) in the second quarter and 22 percent more on hotels.