From the fields of Tuscany to the ruins of Rome, summer in Italy has more to offer than the classic sights and cuisine. Seasoned travelers lament the days when la dolce vita wasn’t packed with other tourists, but all hope is not lost for genuine Italian travel. As people flock to Pisa and Florence and Vatican City, the country’s south remains mostly free of foreigners—and no less fabulous. The best way to see the region is in your own wheels, so rent a car and hit the Autostrada. With beaches, history, and its own spin on Italian cuisine, the South is the perfect place to embark on a weeklong road trip. 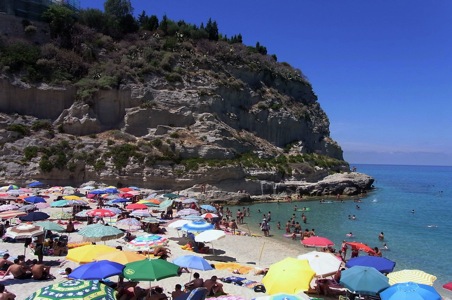 Picture this: you arrive by air in Reggio di Calabria (the toe of Italy’s boot). You head north on the A3, the southernmost section of Italy’s main highway. Winding roads will lead you to Tropea, a seaside village of gelato shops and summer tans. You check into Residenza Il Barone, a modern palazzo smack in the center of Tropea’s maze of streets. To end the day, you enjoy a glass of wine on the rooftop terrace and take in the famous Tropean sunset. 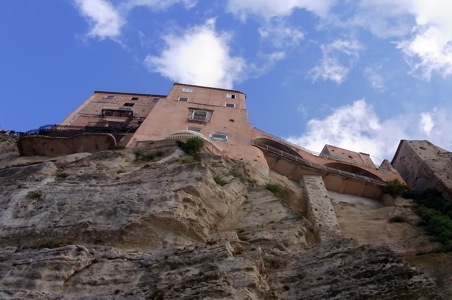 Tropea is known for its stunning cliffs and the adjacent beaches, where crystalline waters beckon even the most sea-phobic visitors. Spend a day on the sand amongst the leathery Italian tourists. When you’re thoroughly sun-drenched, trek up the steep steps for some afternoon shopping. The markets overflow with traditional gifts, so stock up on Calabrian hot peppers, almond paste, and sweet, red Tropean onions. 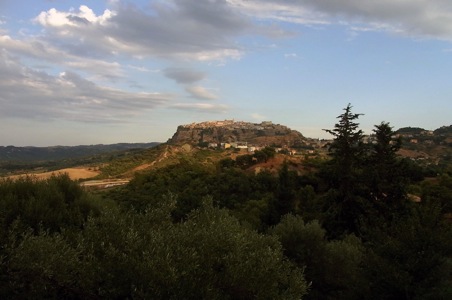 The next morning, make your way across the toe of the boot toward the hilltop outpost of Santa Severina. The landscape here is markedly different – the lush Tyrrhenian coast gives way to arid expanses dotted with silvery olive groves. Arrive in time to lunch on the terrace of the town’s lone restaurant and then stroll the sleepy streets. There are no hotels in Santa Severina, but Agriturismo Querceto, a charming organic olive farm with simple rooms, is just a few kilometers away. 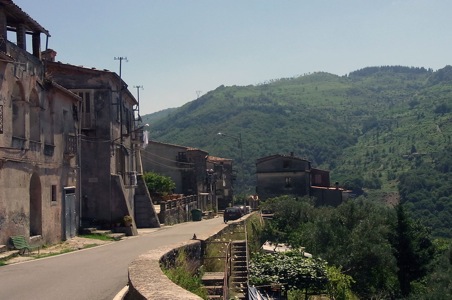 Rise early and head northwest to Italy’s largest national park, Parco Nazionale del Pollino, which bridges the regions of Calabria and Basilicata. Drop your bags at a village bungalow, then gear up for a hike, ride, or raft through the park’s rugged landscape. The mountain views and cool forests will transport you. By dusk, you’ll have worked up an appetite, so head to Castrovillari for a multi-course feast of local cuisine. 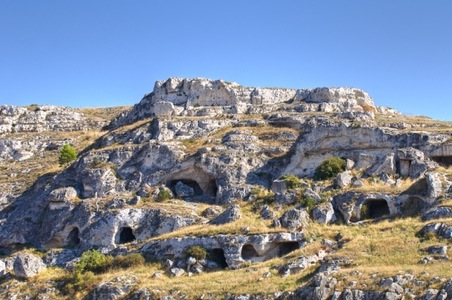 In the morning, drive into the heart of Basilicata, a region with a lingering reputation for its remoteness. The city of Matera, with its haunting web of limestone caves, is one of Italy’s most unusual destinations. The cave dwellings, know as sassi, were carved from the mountains beginning in the 8th century BC, but many are still occupied by locals. Tour the serpentine Sasso Barisano and splurge for a stay in the sassi, where you can tuck into your very own cave for the night. 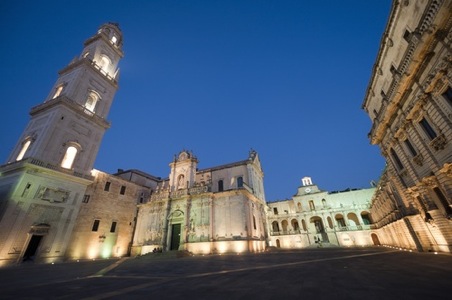 The next day, say goodbye to Matera’s ghostly labyrinth and cross into sunny Puglia. Midway down the arid peninsula you’ll find Lecce – Italy’s charming "Florence of the South." This university town is a popular destination and its upscale boutiques and cafes are the perfect place to slow your pace. Check into one of the many historic B&Bs and stroll leisurely through the city’s Baroque streets. Don’t miss the wild Basilica di Santa Croce with its myriad of faces. 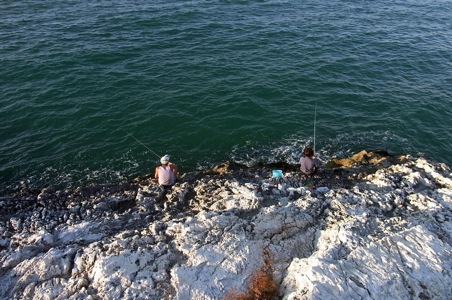 With some of the best food and wine in the region, Lecce is a feast for the eyes and the stomach. Explore southern culinary traditions with a cooking course and wine tasting. Or, if the open road is calling your name, drive through the bleached white towns to the tip of the Peninsola Salentina, where the Ionian and Adriatic seas converge. Return to Lecce for an aperitif and one last passegiata. In the morning you’ll drop your rental car and hop a flight from Brindisi, and your southern Italian road trip will be complete.

Flights from Rome, Milan, and Venice airports depart daily for Reggio di Calabria and Brindisi. A basic compact rental car will run about 300€ for seven days, including an English-language GPS navigator.