News Ronny Maye Should You Cancel Your Vacation to an Area Impacted by a Natural Disaster?
NewsRitz Paris to Close for Two Year Renovations (Plus, Where to Stay Instead)

Ritz Paris to Close for Two Year Renovations (Plus, Where to Stay Instead) 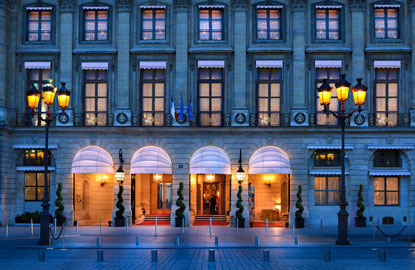 The legendary Ritz Paris, set on prime real estate along Place Vendome, will shutter its doors for the first time in 114 years, as of August 1. As the high society hotel hunkers down for a sweeping two-year renovation, Ritz devotees can breathe easy: The property will retain the Ritz’s signature style throughout guestrooms and public spaces, short of careful refurbishments and a few choice enhancements.

The five-star haven, built in 1898 by Swiss hotelier César Ritz, was the stomping ground for the likes of Ernest Hemingway (the on-site cocktail bar bears his name), Coco Chanel, the Duke of Windsor, and Elton John (the latter three have namesake suites). And while hotel publicists are keeping fairly mum about the details of what to expect come reopening, we were on hand recently to get a firsthand scoop.

Overall, the 27-month refurbishment, which partially kicked off in April, will appear subtle on the surface. But among the most notable differences will be the decrease in number of guest rooms (currently 159). They will be reconfigured to include more spacious suites, though the hotel promises they’ll stay true to their current design schemes. No word yet on where the current starting rates of $1,000/night will ring in come reopening.

As for public spaces, the former outdoor bar and restaurant terrace will be outfitted with a retractable sliding-glass roof. Summer 2014 will also see the introduction of a jardin à la Francaise, with formal gardens and fountains. The outdoor area adjacent to the shopping gallery will get panoramic glass windows for sweeping garden views where its walls now stand. An extension to the ballroom and direct connection by tunnel to underground parking (for shy celebrities trying to avoid the paparazzi), will round out the updates. Other enhancements will be behind-the-scenes, with work set for the hotel’s heat, air conditioning, electrical, and technology systems.

The two Michelin-starred L’Espadon, Ritz-Escoffier cooking school, and Vendôme Bar will also close during renovations; the Ritz Bar and Hemingway Bar have been shut since April. Of the some 500 hotel employees, only 25 will remain on during the closure, though jobs will be held for those displaced upon reopening.

The Ritz’s last major overhaul was in 1979, when billionaire Egyptian businessman Mohamed Al Fayed took over ownership (that revamp saw the addition of the lavish Greco-Roman-inspired pool). The current initiative comes after the hotel failed to receive the French Tourism Ministry’s prestigious "palace" designation last year. And, it seems, luxe newcomers like the Mandarin Oriental and the W Paris are applying pressure; the iconic Hotel de Crillon has likewise announced a closure in November for two years of renovations.

So…Where to Stay for the Next Two Years

For the displaced jet-set, we’ve scouted two lodging alternatives that are a stone’s throw from the Ritz: relative newcomer Le Pradey, and the freshly renovated Castille Paris. 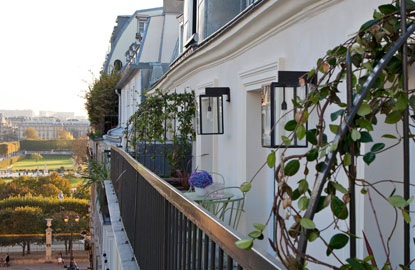 Opened last fall in the shadow of the Louvre, we like the upscale boutique Hotel Le Pradey (rates from $233/night). The 28 rooms in this intimate property pay homage to traditional Parisian building materials: the greyish-beige stones of the city’s Haussmann-style buildings; the natural woods used at the roots of the original Parisian settlement; the zinc finishes that grace the city’s rooftops; and the smooth concrete used to build the nearby Louvre. There are also "Parisian Suites" that come modeled after monuments like the Louvre or nearby Saint Roch church. The best rooms to book, though, are the balcony rooms on the fifth floor—they’ve got great views of the Tuilerie Gardens and the Saint Roch church, as well as Hermes fabrics and finishes.

Expect other Parisian-inspired touches, like floral arrangements from the flower shop directly across the street, and gourmet chocolates from local chocolatier Michel Cluizel in each room.

Tip: If you’re planning to book at Le Pradley before the end of August, ask for a room that’s not awaiting new carpets; a few rooms are still having their sullied carpets replaced. 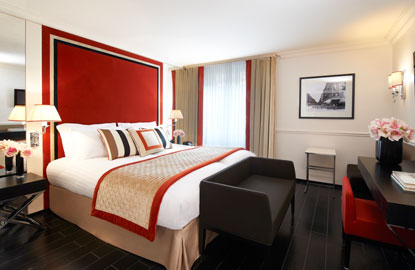 Then, the Castille Paris just emerged from an extensive $25.5 million, 7-year renovation in May (rates from $293/night).

The last phase saw the redesign of 40 rooms in the Opéra Wing, with marble and oak finishes and a classic color scheme rich in blacks, creams, and corals. Other rooms, in the Rivoli Wing, are reminiscent of 1930s Paris and outfitted with Robert Doisneau prints. All rooms come with luxury goose down beds (complete with a pillow menu), iPod docks, and Nintendo Wii Fit units (on loan upon request).

Look, too, for a freshly redesigned Florentine interior courtyard, with a Roman-style fountain, trompe l’oeil murals, and a fine dining restaurant terrace. A bar, tearoom, and fitness room (with sauna) round out the offerings. Plans for on-site Italian cooking classes are in the works.