Rise in Tourism Expected in Egypt 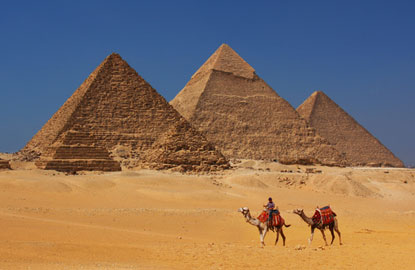 Earlier this week, Egyptian Tourism Minister Mounir Fakhry Abdel Nour made a bold prediction for the country’s beleaguered tourism industry, reports Reuters. The minister stated at a press conference that he expected over 12 million tourists by the end of the year, which would make for a 23 percent increase over last year.

The minister quoted the number of tourists to Egypt in the first six months of this year at over five million, a 27 percent increase over the same time period in 2011.

Though there has been worried speculation that the country’s newly elected Islamist President Mohamed Mursi could establish policies or strict rules on visitors that could harm the tourism sector, the minister indicated that he did not believe any elected official would pass policy that could harm such a critical part of Egypt’s economy.

"No political force, political party, president, or government working in a democratic, responsible framework, and therefore accountable to public opinion … could follow policies that harm tourism in Egypt," he said.

Tourism in Egypt provides jobs for four million people with an additional 14 million affected indirectly by the industry, the minister stated, adding that by 2017 revenues from tourism could reach $25 billion.