A Guide to Rio’s Best Beaches

Life is all about the beach in Rio de Janeiro. Locals spend weekends and days off bronzing in the sun and people watching on a beach chair from behind a pair of designer shades, unconcerned about the passing time. They appear—sunkissed, carefree and decked in bright prints—both in the sand and around the city. Finding some relaxation inspiration on one of Rio’s many shores is easy when there’s an option to suit every type of beachgoer. 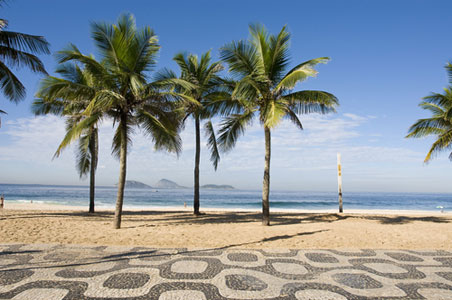 Ipanema: For the Trendy

No song captures the beauty and essence of Rio de Janeiro quite like the 1962 bossa nova classic "Girl from Ipanema," by Vin’cius de Moraes and Antonio Carlos Jobim. To this day the beach adjacent to the affluent Ipanema neighborhood is the seafront destination for the city’s most attractive and trendy. Despite drawing a high volume of locals and tourists, the beach remains clean and calm. To play the part, rent a red or yellow beach chair and umbrella—as all the cool beachgoers do—and crack open a Brazilian beer "bem gelada" (very cold) that rental stations also sell. Numbered posts run up and down the central beaches, including Ipanema, Copacabana and Leblon, and Ipanema’s Post 9 is rumored to be where the most best-looking of the girls and boys from Ipanema congregate. 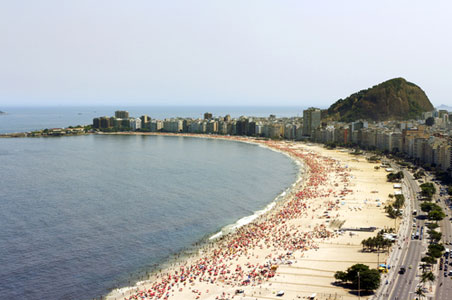 While Copacabana has lost some luster and gained some crowds since its days of grandeur some decades ago, there is no denying the stretch of beach along the Copacabana neighborhood is one of the most famous in the world. The beach, once the most glamorous of all the sandy stretches, is more laid-back these days and popular among Cariocas, or locals from Rio. People are always kicking around a soccer ball, practicing capoeira or playing beach volleyball, so if you are looking to hang with locals, Copacabana is a choice beach to unfurl your towel and spend some time. The beach also is one of the closest to Sugarloaf Mountain, and people lounging on the beach can watch the cable cars run back and forth. 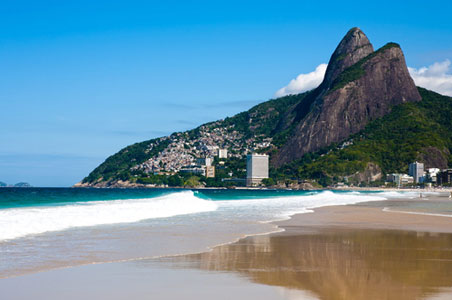 Just south of Ipanema is the equally well-heeled neighborhood of Leblon and its accompanying beach. Here, farther south into Zona Sul from Ipanema, the crowds dissipate a bit and the beach is quieter. The beach has a section called Baixo Baby reserved for small children to frolic and splash around, so families with kids often opt to spend their days on Leblon’s stretch of sand. The beach, like Copacabana and Ipanema, is still centrally located and easily reachable from the majority of the city’s popular hotels. The white and black tile promenade, which is a symbol of Rio and easily recognizable for its wave pattern, starts in Leblon and runs through and past Ipanema, laying out a path for a seaside stroll. Many food and drink vendors sell small bites, sandwiches, fresh juices and coconuts along the promenade. 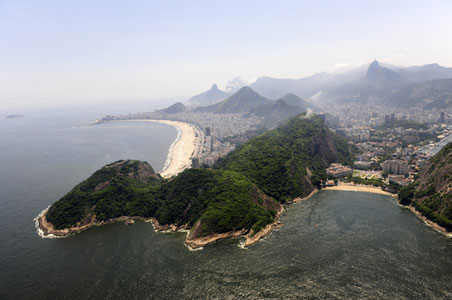 It can be easy to walk or drive right past Arpoador without realizing it’s there. This stretch of beach, which is technically an extension of Ipanema beach though Cariocas regard it as its own entity, is located right between the main sections of Ipanema and Copacabana and where the road running alongside curves between the two. Few tourists make it to Arpoador, so the surfers claim it as their own (though sunbathers and swimmers are welcome). The rocks here jut far higher than those of the surrounding beaches, and many people climb up to catch sunset with a panoramic across the Ipanema and Leblon neighborhoods. The Azul Marinho restaurant attached to the Arpoador Inn Hotel has the great fortune of being the only beachside restaurant nearby. End the day here at one of the outdoor tables when you have gotten enough sun but are not yet ready to head back inland. 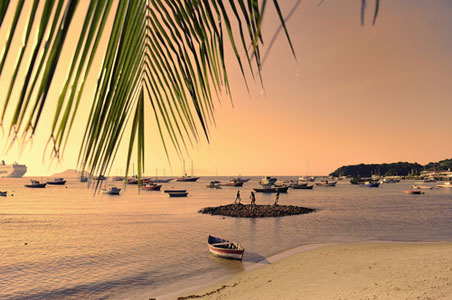 Búzios: For Getting Outside the City

This peninsula resort city is located in the state of Rio de Janeiro, but is situated about 80 miles east of the capital city. The premier destination was first made internationally popular by French actress Brigitte Bardot (who had a similar effect of the now-glamorous St. Tropez) when she vacationed there in the 1960s. What was then a coastal hamlet has taken off as a sandy getaway. The full name of the town is Armação de Búzios and though it attracts its fair share of Brazilian celebrities, the town still holds much of its original relaxed, fishing village feel. Many consider Búzios the best beach destination in all of a Brazil, with its white-sand (and one red-sand) beaches, clear blue and green water, and lively social scene. Like the city of Rio de Janeiro, Búzios contains a number of beaches. The centrally located ones, including Ossos, form the nucleus of Búzios beach life, while Geribá is popular among surfers, and the calm waters of Ferradura attract a number of families.