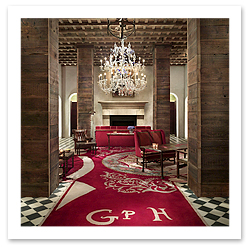 A one-time dull and dowdy boutique hotel turns New York’s finicky hotel scene on its head. A West Coast classic updates its look and rolls out the red carpet for a new century of presidential visitors. Ambitious renovations aim to return these five U.S. hotels to their upscale roots.

Before: A young JFK once called the original Gramercy Park Hotel home, but by the early 1990’s the storied hotel had lost its luster.
After: Recently, Ian Schrager unveiled his extravagant re-imagining of the hotel featuring the paintings and vision of artist-cum-filmmaker Julian Schnabel. The once- dowdy space has morphed into the city’s most striking new property, and with 186 rooms starting at over $500 a night, one of its priciest. The hotel’s bar scene is off to a sizzling start, but if it’s privacy you seek, check out the Roof Club, an intimate guests-only rooftop lounge. Park Chinois, a Chinese restaurant courtesy of London restaurateur Alan Yau, debuts this winter.
Pack and Go: Rack room rates start at $525. See the hotel’s website for details about future promotions, www.gramercyparkhotel.com. 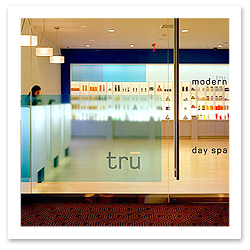 Before: At the beginning of Clint Eastwood’s 1972 film Dirty Harry, the rooftop pool of the Holiday Inn glitters in the sunlight. Back in the day, this was one chic spot, but by the mid-1990s the hotel had become an ugly budget dive on a seedy block.
After: The Holiday Inn shut its doors in 2005 to make way for the city’s second Hilton Hotel. After a $45 million renovation, only the building’s shell remained. Inside, you’ll find a 5,000-square-foot spa, a Mediterranean bistro, and a full-service concierge. Basic rates have nearly doubled, but the price reflects the total transformation of the hotel’s 549 rooms. Each one is outfitted with new furnishings, WiFi ($9.95 a day), and plasma TVs.
Pack and Go: Rates start at $204. The Napa Valley Experience Package pairs a one-night stay with a six-hour, private tour of Napa wineries. Visit www.sanfranciscohiltonhotel.com. 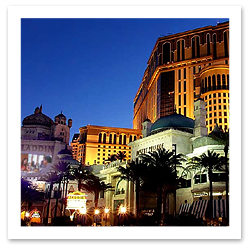 Before: The original Aladdin Resort, which hosted Elvis and Priscilla Presley’s wedding in 1967, was imploded in the late 1990s to make way for a sleeker update. But the cartoonish redesign — more Disney than Arabian Nights — remained out of step with Vegas’ luxury vibe.
After: Rescued from bankruptcy by Starwood hotels, the Aladdin has been slated for re-branding since 2003. Conversion into the Planet Hollywood Resort, finally underway, will bring a Hollywood glamour motif to the Strip. Expect suites outfitted with film memorabilia, new restaurants, and a revamped theater and casino to be unveiled in stages into 2007.
Pack and Go: Although construction is ongoing, the Aladdin remains open. Driving to Vegas? The resort is currently offering a Gas Credit Package that includes a $40 gas credit, two tickets to one of the resort’s several shows, and accommodations starting at $89 a night with a two-night minimum. See www.aladdincasino.com for more details.

Before: When it opened in 1990, the Rihga Royal was the first outpost of a Japanese chain in New York. It was also the city’s tallest hotel, and with its spacious suites and marble interiors, a fine upscale option among Midtown’s Hiltons and Sheratons. Fifteen years later, the hotel’s stiffness was stale — what was the fun of staying at a dinosaur? 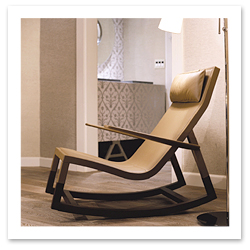 After: Last year, new owner LXR began an extensive makeover of the 54-story hotel. The revamped property officially reopened this month with a new name, look, and a star chef. The 564 guest suites, outfitted with iPod docking stations and flat screen TVs, are the work of British designer David Collins. Guest whims, meanwhile, will be indulged by Quintessentially, a British concierge service. Gordon Ramsey at the London, Britain’s most famous celebrity chef’s newest venture, opens its doors, along with Ramsey’s more casual London Bar, this week.
Pack and Go: Rates start at $499 per night. The MOMA package, available through the end of 2006, includes two ticket to the Museum of Modern Art and a late check-out time of 3 p.m. For more information see, www.thelondonnyc.com.

Before: San Diego’s answer to the Plaza in New York. Built by Ulysses Grant, Jr., son of the 18th U.S. president, the hotel has played host to some 13 sitting American presidents since it opened in 1905. The hotel shut its doors for a major overhaul at the start of 2005, after being acquired by the Sycuan, a Native American group that runs a nearby casino.
After: Renovations to the tune of $52 million have transformed the US Grant — now part of Starwood Hotels’ premium Luxury Collection — into a historic property that ranks among San Diego’s most opulent. Silk carpets, bronze sculptures, and paintings (many by Native American artists) fill the lobby. WiFi, flat screen TVs, and spacious marble showers update the rooms. 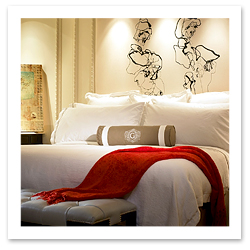 Pack and Go: For a limited time, the hotel is celebrating its 96th Anniversary with a Grand Debut Package. Rates start at $329 per night. The package includes accommodations, a bottle of wine, a selection of cheeses, and an engraved silver wine opener. See www.usgranthotel.net for details.