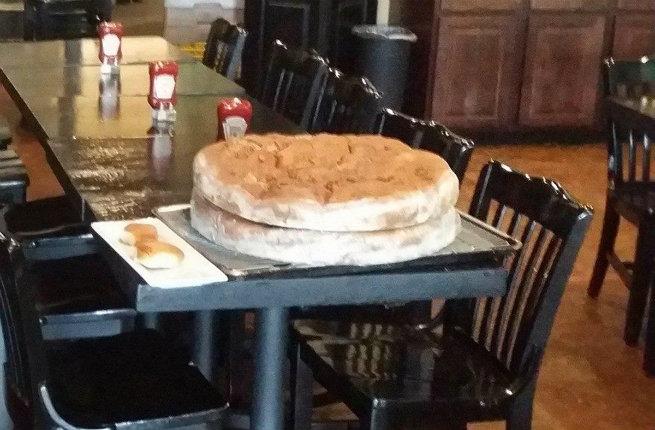 Some businesses may be content with a couple of balloons, or maybe a sheet cake. But in order to celebrate the first anniversary of Dirigo’s Public House in Yarmouth, Maine, the owners decided to take a more ambitious route. Ben Grant, along with his co-owners, worked all Sunday cooking a 100-pound hamburger. Customers bought tickets (portions of which went to benefit a local food bank) to sample the mammoth burger, which included a 70-pound patty and 30 pounds of toppings.

Although it doesn’t beat the record for world’s largest hamburger (an honor held by Black Bear Casino resort’s 2,014-pounder) it does give Dirigo’s Public House a goal for their second anniversary.

For more on this story visit U.S. News.