Daniel Boulud, one of the hardest-working chefs around, looks back at a very busy—and very delicious—year.

Kismet isn’t your average yacht. This is no place for the likes of the cast of Below Deck, it’s not staffed with a half-dozen naughty yachties tailed by Bravo cameras. This is a mega-yacht; it costs $200 million and rents for $1.2 million per week. Minimum. This is the yacht of billionaire Shahid Khan, owner of the Four Seasons Toronto. And in early December, guests were welcomed aboard for the Four Seasons Pop Down Miami, the hotel brand’s third such event which promotes all things 4S.

The Miami party gathered chefs from around the Western Hemisphere, including the Beverly Wilshire, Four Seasons Mexico City, and Four Seasons Toronto—where the man we wanted to talk to has one of his many restaurants: Daniel Boulud. The legendary Lyon-born, Michelin-starred, six-time James Beard awarded chef who helms restaurants from New York to Singapore, was aboard the Kismet putting the finishing touches on a trio of offerings: a verrine of lobster with caviar and seaweed espuma; oeuf à la coque, poularde royale, foie gras and Périgord truffle; and a charcuterie and cheese buffet.

It’s the end of a busy year for the ever-expanding restaurateur, who was also in town for the Palm Beach Food & Wine Festival. Last May, he branched out further, opening the first of a series of fast-casual eateries called Spyce. He’s partnered on the venture not with chefs (although since its Boston debut, Thomas Keller and Jerome Bocuse have both invested), but a quartet of MIT mechanical engineers. The reason? This restaurant is powered by robots.

“I’ve always been interested by what could be the solution for offering better food, better ingredients, at a better price and not compromising the quality,” he says. “We really accomplished that because of the robotic kitchen.”

Boulud isn’t championing the Westworld-ification of dining, rather, the Spyce robots are focused solely on sautéing and dishwashing. They ensure accuracy, quality, and cleanliness. It’s no different than a sous-vide or a smart oven. “As long as I’ve been a chef, we’ve always enjoyed new toys in the kitchen, new machines, new equipment.” Anything that assists in the precision of the cooking.

Plus, robots give the customer one hell of a discount.

But it wasn’t just yachts and robots for Boulud this past year. There was a whole lot of eating, a ton of traveling, and even a bit of Netflix binging. And we wanted to know what he liked best in 2018.

The Three Best Dishes He Ate

Uni fondue at Kaido in Miami: “We were dipping seafood into the uni fondue. We had some lobster and some squid … and it had a little bit of caviar. That was a knockout.”

Parfait of foie gras and a tartelette of vegetables at The Modern in New York: “Pretty, delicate and delicious.”

Lobster Thermidor at The Surf Club in Miami: “It’s an old classic bringing back the food of the ’50s and ’60s and I love classics. And when [Chef Thomas Keller] does classic, I love it because it’s always very modern and also a pure rendition of the dish. I love that dish, it was really fantastic.” 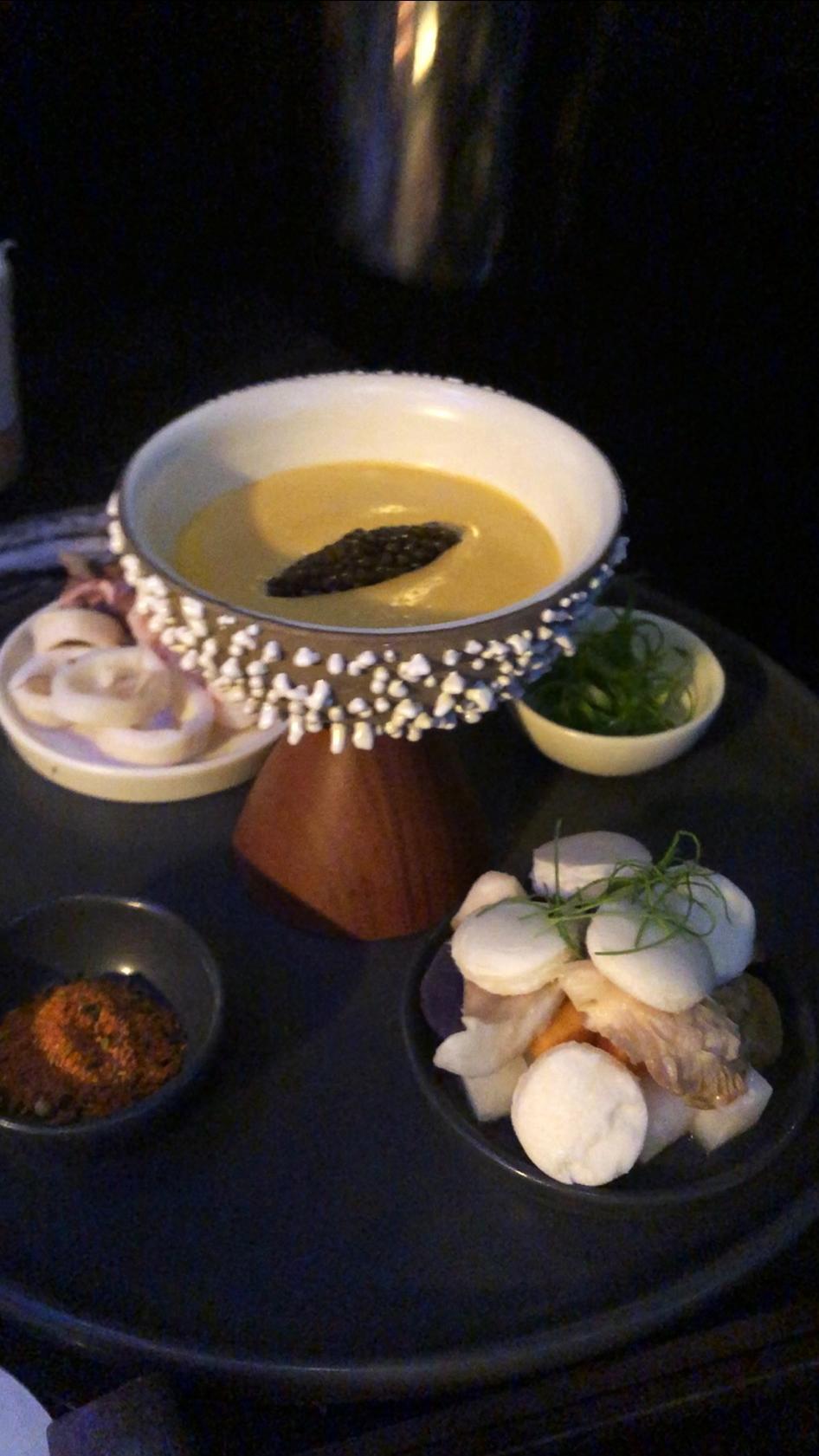 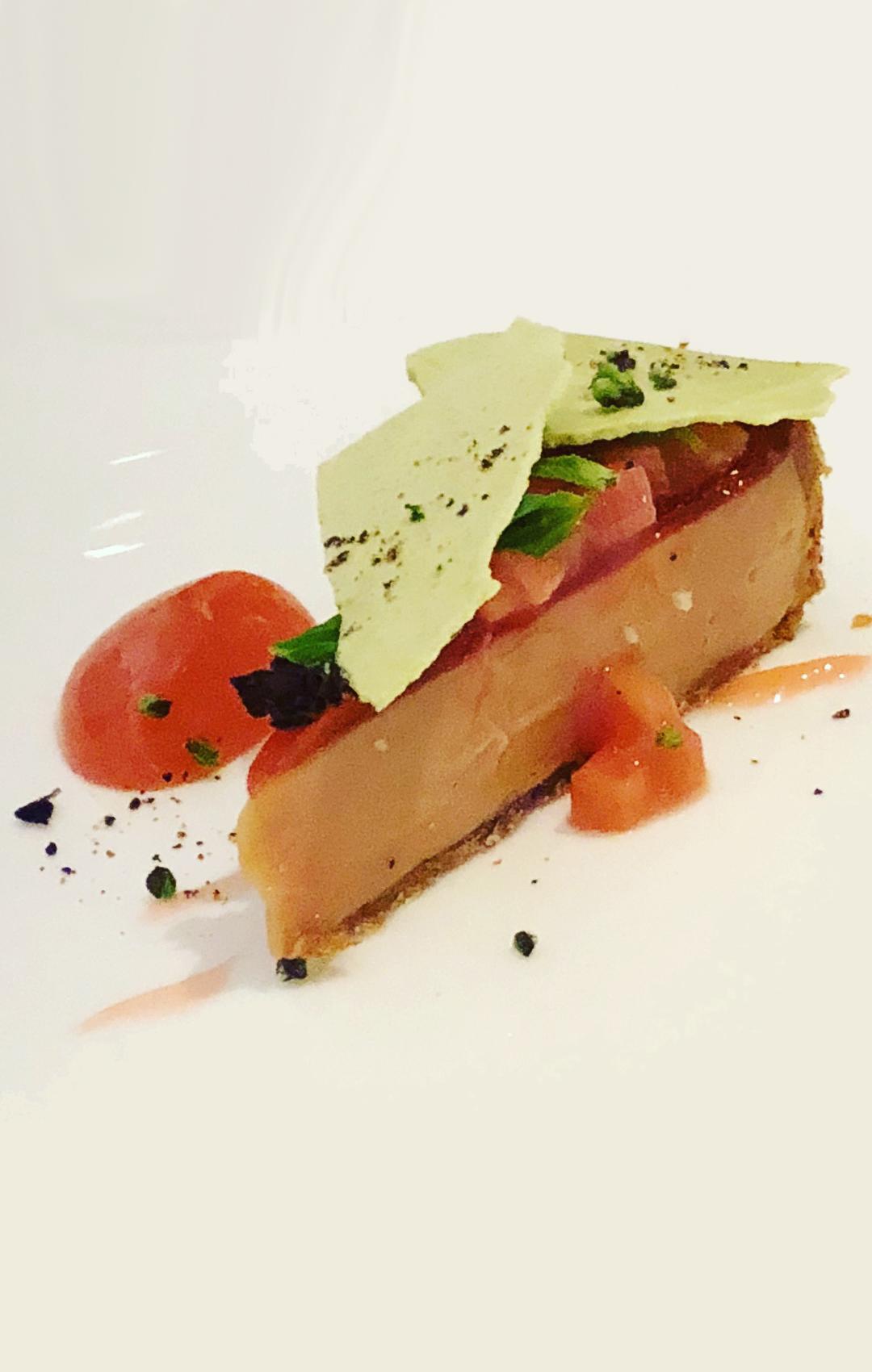 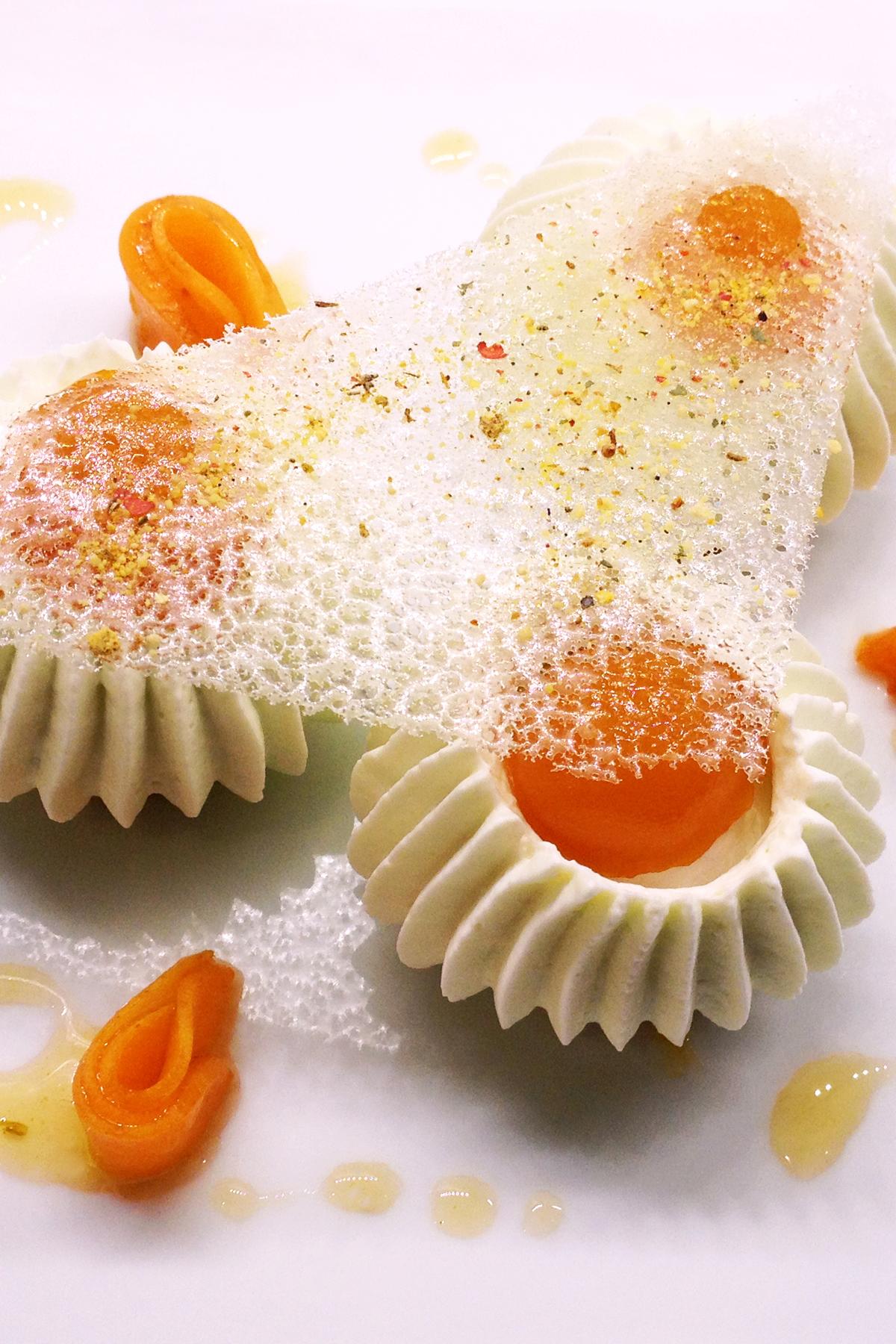 The Best Dish He Ate at One of His Restaurants

“Lately we have a dish [at Daniel in New York] with langoustine and puffed quinoa and avocado… There’s a little bit of a custard and arugula and we have caviar and creme fraiche … It’s very crisp and refreshing and contrasts in texture and taste. I think it’s very unique.”

The Best Dessert He Ate at One of His Restaurants

“I feel quite crazy about the [dish made by Ghaya Oliveira] our pastry chef at Daniel. She always has whimsical preparations … I love [her] vacherin, because in vacherin there’s the ice cream, the meringue there’s the fruit, but there’s never an excess. It’s a refreshing dessert and she created one with a berry meringue, tomato sorbet, and lime pineapple gelee that was quite delicate.”

The Final Table on Netflix: “It’s basically MasterChef meets Top Chef meets Iron Chef. [It features] professional chefs from all over the world… One of our chefs, Aaron Bludorn [of Café Boulud in New York], was competing. So he had to take a month and a half out of his work to be able to do it.”

The Best Place He Traveled to This Year

Annecy, France: “For the lakes, the mountains, the hotel Le Palace de Menthon, the many Michelin-star restaurants such as Auberge du Pere Bise, Clos des Sens, or Yoann Conte.”