While it may be known as the land of thick, juicy steaks, Argentina has become increasingly vegetarian-friendly over the past couple of years. Visitors inquiring about non-meat options were once (and might still often be) directed toward chicken or ham dishes, but Buenos Aires restaurateurs are now more conscious than ever of incorporating meat-free dishes into their menus. A number of strictly vegetarian eateries have opened, spreading even beyond the limits of the trendier neighborhoods to reach hungry vegetarians across the city. Between newer eateries and the pioneering veg-friendly establishments, it is now actually easy and appealing to go vegetarian in Buenos Aires. 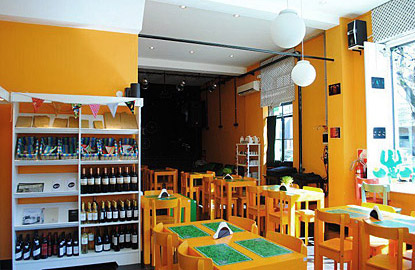 In the working class Almagro neighborhood, you’ll find the newly opened vegetarian restaurant La Huella, serving up filling, generous vegetarian versions of favorite Argentine plates. The space is painted in warm, bright colors and also doubles as a small art gallery. The chef at La Huella is at the helm of Buenos Aires Verde, as well, another vegetarian joint and his first such operation, located in the nearby Palermo Hollywood neighborhood. 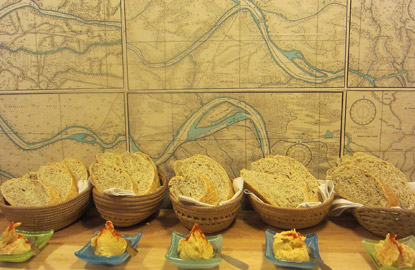 One of Buenos Aires’ most intriguing restaurant trends is that of closed-door restaurants, which operate out of private homes and welcome guests for single-seating dinners two or three nights a week. Husband-and-wife-team Sanra and Diego Felix run Casa Felix out of their comfortable, open home in the Colegiales neighborhood. While they often incorporate fish for at least one of the courses in the fresh, seasonal menu, the chef advertises his ability and willingness to create mouthwatering accommodations for vegetarians and vegans. (Note: the address is given at time of reservation.) 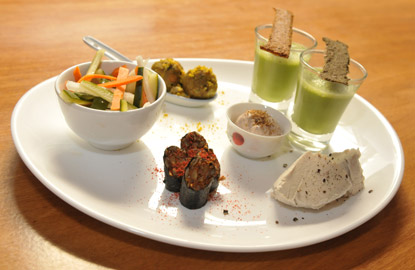 Formerly located in the Villa Ortúzar neighborhood as a closed-door restaurant, Kensho has relocated to join the ranks of vegetarian establishments in the gastronomic hub of Palermo Hollywood. Meat is off the menu, but the flavorful, Asian-inspired, organic fare is capable of winning over even the most stubborn of carnivores. The chef hails from Bio, an organic restaurant and additional vegetarian option, in town. 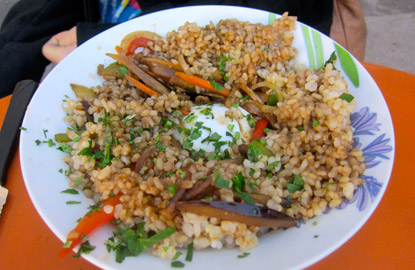 One of the first meat-free restaurants on the scene was the small spot Arevalito, which took its name from the Palermo Hollywood street, Arévalo, where it is located. The bistro has as many tables outside as in—though not more than a handful altogether—and those arriving during busy hours, such as lunchtime on the weekend, can expect to wait for the colorful, spiced dishes served in hearty portions.

For those out and about sightseeing in the downtown Microcentro area, the city’s first vegan fast food restaurant, Picnic, recently opened. Grab a table in the dining area to nosh healthfully or take your food to go.

Thinking of a trip to Buenos Aires?

For up-to-the-minute hotel and restaurant recommendations, plus the best planning advice, check out our Buenos Aires Travel Guide.