Mention Copenhagen to any foodie, you might start to think the city only has one restaurant—Noma. René Redzepi’s gastronomic mecca has gained a cult status, with an estimated 20,000 people trying to get a reservation every time the bookings open each month.

But dig a little deeper and it becomes clear that Copenhagen has one of the most creative dining scenes in Europe at every price point. Ask a local and they will rattle off endless restaurants that are all "can’t-miss." And the loudest cheerleader of Copenhagen’s dining scene is, not surprisingly, René Redzepi himself.

I was lucky enough to get one of those rare seats at Noma. But after having focused so much on that meal, I hadn’t thought about where else I was going to eat in Copenhagen. After our meal—when the thought of eating again was merely a faint notion—Redzepi insisted on giving us his list of where to eat in his city. He printed out a sheet (seriously) of his favorite spots and mapped out an itinerary for us. And I’m sharing it now with you. 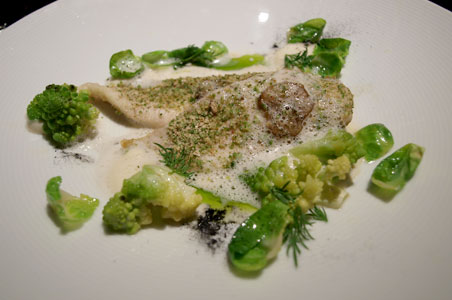 We started with local seafood at Kodbyens Fiskebar, in the city’s upcoming and industrial meatpacking district. The chef is formerly of Noma, so I wasn’t surprised by the recommendation. But even with that pedigree, the restaurant has an incredibly laid-back atmosphere, with a warm interior and a giant fish tank. There’s a raw bar as well as composed dishes, most of which are Scandinavian (all have their locale mentioned on the menu). Some of the highlights include blue mussels steamed in apple cider and a baked cod. If you love seafood, this stop had the best we found outside of Noma. 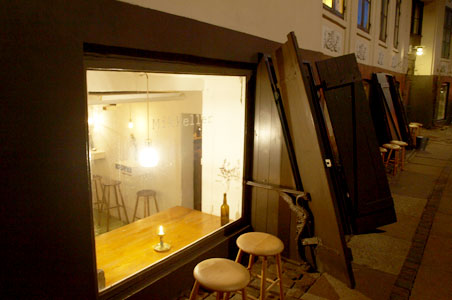 Near Fiskebar, grab a post-dinner drink at Mikkeller, a beer bar that Redzepi insisted was the most important drinking spot in town. Mikkeller brews many of their own beers and also sources from small-batch breweries around the world. The wooden interior is homey with a hipster edge—it’s a quiet spot with a truly excellent selection of drinks. Their own beers are the best and most complex.

Manfreds & Vin has a cozy vibe with plates for sharing and natural wines. Their sister restaurant Relae is higher-end, but Manfreds & Vin feels like the kind of place where you could sit for hours—which is a great possibility because of the reasonably priced fare. You can get a four-course sharing menu for around $45 or order dishes like charred carrots with smoked beef fat and parsley sauce off the main menu. 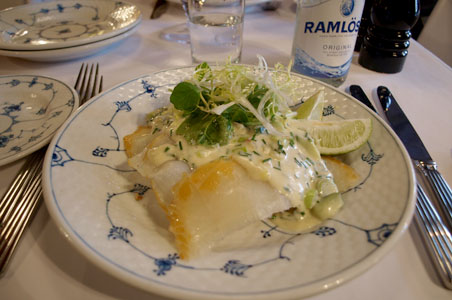 When in Denmark, you must have the classic smørrebrød, but as Redzepi pointed out effusively, not all of these open-faced sandwiches are the same. For classic dishes we needed a classic restaurant—and Schonnemann has been around since 1877. The atmosphere is as traditional as the herring and salmon sandwiches, but you can certainly try some of their originals, including the "Rene’s Favorite," featuring smoke halibut and warm cucumber à la crème. Just don’t come in unless you’re thirsty for a beer or some aquavit, as your waiter will never forgive you.

A wine bar is good for all times of the day, but Redzepi made us promise that we would visit Ved Stranden 10 in the daylight, as it’s the perfect place to sit outside if the weather is right, have a glass of wine, and let a few snacks turn into a meal. If the weather doesn’t cooperate you get to sit indoors under a glass ceiling—not a bad backup plan. Like Manfreds & Vin, they focus on organic and natural wine, most from across Europe. But it’s the enthusiastic servers, sleek Scandinavian furniture, and bar menu with charcuterie, olives, and gravlax that will make you understand why this is the right spot to while away an afternoon.

After spending so much money right at the start for our meal at Noma, it was refreshing to not only find places that were easy on the wallet, but that were also relaxing and local in feel. Copenhagen is an easy city to navigate; everyone speaks impeccable English and almost all websites take reservations online. But getting the local picks from someone whose taste is universally lauded? That means you’ll never waste a meal.