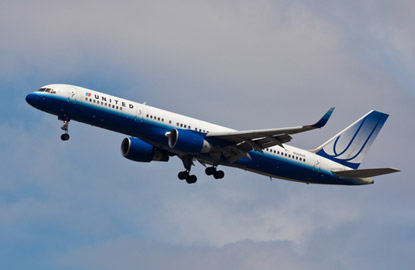 NBC San Diego is reporting that on Tuesday a man boarded United Airlines flight 6323 at San Diego International Airport bound for Los Angeles with no ticket in hand. He had been released from prison the day before.

So, how does anyone post-9/11, regardless of criminal history, get on board a commercial airline without so much as a ticket, let alone security clearance? In this case, NBC reports that the parolee went through an emergency door in the airport’s commuter terminal which led directly to the tarmac, setting off an alarm and sending security after him. Despite being followed via security cameras, he was able to make it to the plane before they could reach him, handing his luggage (a duffel bag containing only wet clothing) to a flight attendant with the excuse that he had to use the bathroom urgently. He then sat down in another passenger’s seat.

When flight attendants completed their headcount, they realized they had an extra head on board. Authorities escorted the man off the plane without incident, but according to UA 6323 passenger Nicholas Blasgen, the rest of the passengers had to disembark and have their luggage screened by security dogs. The flight, originally scheduled to leave at 11:15am PST, finally took off just before 1:00pm according to Fox 5 San Diego.

The stowaway is back in prison on multiple charges, including trespassing. Officials stated that the man, as yet unnamed, was on his way to Alaska to meet family. Police reported the man as mentally ill, with a list of convictions ranging from theft to prostitution.

"How does someone just waltz into the airport through a secure area and board an aircraft?" said Blasgen in a video report posted to NBC7’s site. Blasgen expressed concerns over the ability of anyone to reach the tarmac without going through security, even to simply put something dangerous in the aircraft, let alone board.

So, what do you think? How should authorities balance security measures and passenger safety with ease of flight?