News Christina Mueller Yes, You Can Visit Los Angeles Without a Car. Here's How to Use the L.A. Metro Subway System
NewsRadisson Blu Opens at the Mall of America

Radisson Blu Opens at the Mall of America 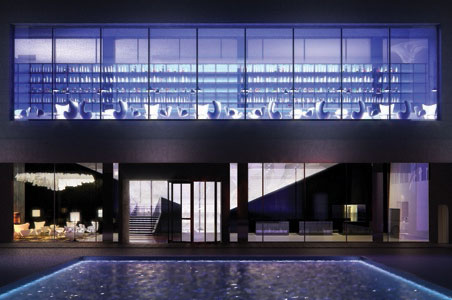 You already know Mall of America for kid-friendly activities, like a 7-acre theme park with a roller coaster, aquarium, and shops for tweens (hello, Justice and Forever 21!).

On March 15, a genuine activity for adults debuts inside the nation’s largest shopping destination (also known as the Mall of America, in Bloomington, Minn.): a Radisson Blu hotel. As the country’s second Radisson Blu—the first is Radisson Blu Aqua Hotel Chicago, open since late 2011—Radisson Blu Mall of America features 500 guest rooms, a 24-hour fitness center (with a saline indoor pool), and a restaurant with a cocktail bar. It’s the only hotel connected to the massive mall, which has 400-some stores, making it a year-round destination regardless of whether the region is suffering through a blizzard or a summer heat wave. 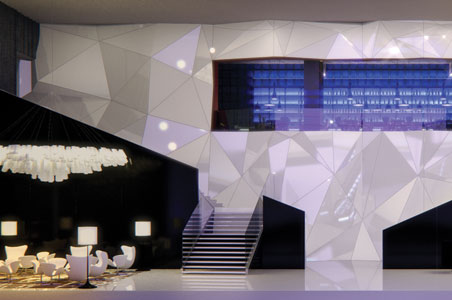 Naturally, as the hotel is poised to attract shoppers, there is a dedicated-shopper program woven into Radisson Blu Mall of America. Guests can opt for a personal shopper, shopping concierge (to map out an itinerary for finding a particular item), or bag pick-up service. There is also a complimentary shuttle to and from Minneapolis-St. Paul International Airport.

The same designer as Radisson Blu Aqua Hotel Chicago (Jim Hamilton of Graven Images in Glasgow, U.K.) created a modern black and white palette inside the hotel that’s accented with pops of a deep blue hue. Lighting is amped up to the degree of art installations. For example, backlit walls on either side of the entryway are designed to resemble fireflies, and a centerpiece in the lobby mimics a lit beehive (and doubles as seating).

At FireLake Grill House & Cocktail Bar, regional cuisine from throughout Minnesota is thrust into the spotlight with farm-to-table dishes crafted by executive chef Paul Lynch. The restaurant serves breakfast, lunch, and dinner. 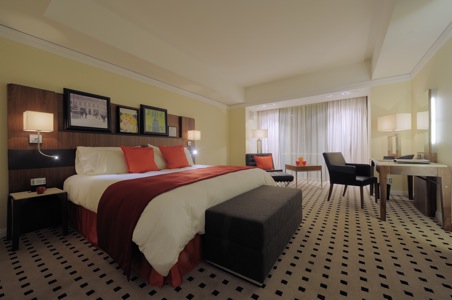 Rooms span three categories: "Mansion House" (suites), "Naturally Cool" (geared for business travelers, the rooms have wood flooring and metal accents, and a stay in one includes morning breakfast and evening cocktails), and "Urban" (decked out in edgy colors in a modern design). All rooms offer free WiFi, a coffeemaker, and mini-fridge. For early risers, a complimentary Grab and Run breakfast (coffee, fruit, and breakfast bars) is available each morning from 5 a.m. to 6:30 a.m.

This spring, the hotel plans to pursue LEED Silver certification from the U.S. Green Building Council. Rates start at $129 per night and go up to $379 (for a "Mansion House" suite).