News Tina Charisma 'Regenerative Travel' Is the New Buzz Phrase, but What Does It Mean?
Home  >  News   >   QE2 May Finally Become a Hotel in Asia

QE2 May Finally Become a Hotel in Asia 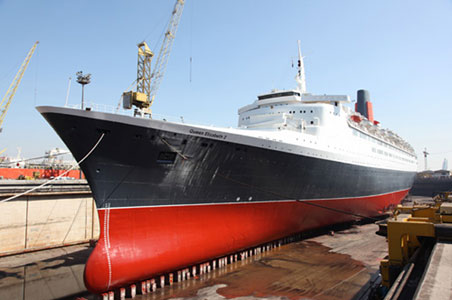 When Queen Elizabeth 2 left the Cunard fleet in November 2008, the ocean liner’s future looked bright. Plans were floated that would bring her to Dubai for retirement, where she’d be moored at the Palm Jumeirah and become a 500-room floating luxury hotel and entertainment complex. But, the world economy was getting dicey at that moment in time and those plans were quickly put on ice. Then in 2009 a new plan emerged: QE2 would sail to Cape Town, South Africa, where she’d be situated at Victoria & Alfred’s Waterfront to act as a hotel during the 2010 FIFA World Cup. That plan didn’t pan out either. Now the ship’s owner, QE2 Shipping LLC, has announced the QE2 New Life Project. The vessel will sail to Asia under her own power later this year where she’ll become a floating hotel and maritime museum in a yet-to-be disclosed location.

In anticipation for the transit, the ship has undergone extensive renovations of its systems so she can safely make the trip. Inspections and structural checks have been completed and the engines are in the process of an overhaul. The company plans to have QE2 ready for the transit by October 18, 2013. In the meantime, the ship’s contents and memorabilia are being removed and will be stored somewhere in Singapore. Once the ship reaches Asia, she’ll head to a yet-to-be-named shipyard in China to undergo her transformation into a 300-suite hotel. Suites will range from 300 to 800 square feet. (One hundred residential suites—clocking in at 500 to 1,200 square feet—will also be available.) The contents of the original ship will find its way back onboard after the retrofit.

Of course, there are still many questions about this new project. QE2 Shipping says the liner will arrive in Singapore on November 1 and will stay for three days before moving on to Hong Kong, where she’ll spend another three days. After that, she’ll go to a shipyard in China for further repairs and retrofits. The thing is, the shipyard has not yet been announced. The development team will hold a press conference in Shanghai in August to reveal which shipyard will bring QE2 back to her original glory. 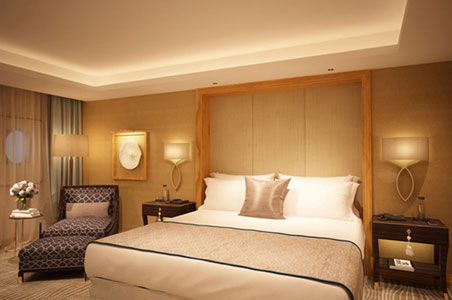 The company has also not yet selected an interior design for the vessel. It’s taking proposals now and plans to ask the public to weigh in on which design would be most appropriate for this iconic ocean liner. Design firms Ong & Ong, Wilson Associates, Benoy, Francis Leung, and Jeday Associates have been invited to submit proposals. Watch QE2Hotels.com for more details as they become available.