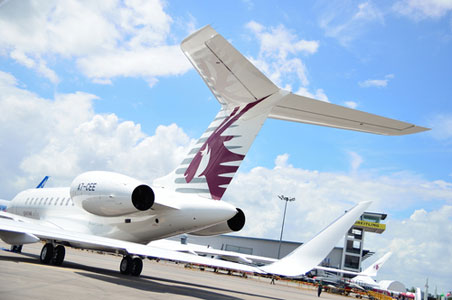 The sands are shifting in the world of airline alliances. Qatar Airways announced this week that they will be joining the OneWorld alliance. This news follows moves by fellow Middle East carriers Emirates and Etihad to forge significant ties with other global carriers. These big three, previously content to mostly play on their own, are now looking to major marketing relationships with other carriers to extend their reach and impact on the aviation world.

The Qatar deal was widely expected for a few weeks now, despite claims from their CEO Akbar Al Baker that such a move was "all rumors." The joining—a move expected to finalize over the next 12 to 18 months—represents the first of the three carriers to commit to one of the three major global alliances. Al Baker shared a different view of the markets as part of the joining announcement:

"Alliances are playing an increasingly important role in the airline industry today—and that will continue long into the future. Qatar Airways has carefully reviewed its strategic options and it is very clear that joining OneWorld is by far the best way forward for us as we look to strengthen our competitive offering and give passengers what they fully deserve—more choice."

Not to be left out of the party, Etihad announced on the same day their plans to partner extensively with the Air France/KLM group. This partnership stops short of full alliance membership but it may have further impact on the alliance landscape. Etihad owns nearly 30% of OneWorld member Air Berlin and the new partnership also includes limited participation of the German carrier. While it is not uncommon for airlines to have bilateral arrangements outside of their global alliances the Air Berlin/AirFrance/KLM arrangement may be the most significant such deal for airlines which are all members of alliances.

And, while Emirates has repeatedly stated that they have no desire to join one of the three alliances they are doing a decent job of expanding their network. Their recent tie-up with Qantas suggests that they definitely realize the value of tight association with key partners around the world.

It is quickly becoming clear that the Middle East mega-hubs are proving efficient and cost-effective operational centers to route passengers through for access to South Asia, Australia, and even some parts of Africa where non-stop service is either not possible or doesn’t have sufficient demand. These three airlines will have a major impact on the market for years to come. And they just may bend the will of traditional alliances to their needs rather than the other way around.