News Tina Charisma 'Regenerative Travel' Is the New Buzz Phrase, but What Does It Mean?
Home  >  News   >   Introducing the Pop-Up Hotel

The "pop-up" phenomenon, long popular for art and music festivals and on the culinary scene, is finally catching on in the hotel sphere. A new breed of pop-up hotels offers unique, limited-duration lodging experiences to travelers, with runs typically lasting only a few months at a time.

Often cropping up as collaborative projects between international artisans and designers, these experimental accommodations allow contemporary design to embrace an eco-chic aesthetic, and are typically conceptualized to leave minimal footprints on their environment. Fortunately for travelers, this usually translates to unique, beautiful, and usually more affordable hotels set in inspiring locales—worthy of dedicated trips before they disappear. 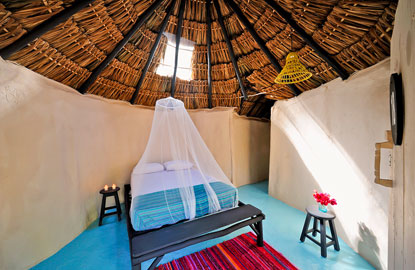 Credited with starting the current pop-up hotel trend, this trendy, few-frills property from German boutique hotel brand Design Hotels opened in December 2011 in Tulum, Mexico, and was supposed to close in May 2012. However, its beachfront cabanas and (more luxurious) casitas on one of the Yucatàn Peninsula’s most laid-back beaches have proven so popular that the hotel has quietly extended its opening dates through at least November 2012. The hotel isn’t for everyone—the casitas and cabanas with en suite bathrooms lack electric plugs. But for those looking for an affordable (starting at $45 per night) beachy getaway with an excellent restaurant, lively nightlife featuring internationally renowned DJs, and plenty of culture within reach, the Papaya Playa Project is well worth a visit before it’s gone for good. www.papayaplayaproject.com/wordpress 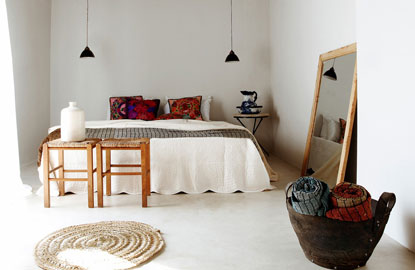 Continuing their beach theme, Design Hotels’ second pop-up hotel project, the San Giorgio Mykonos, opens May 11, 2012, on the ritzy Greek island of Mykonos. The understatedly elegant property—set in traditional Greek whitewashed buildings with earth tone splashes and a sparse decor—provides a more relaxed lodging alternative on an island known for its vibrant nightlife. Depending on the season, rooms range from $158 to $955 per night, with options going from the ground-level, minimalist Casa Basico to the balcony-and-sea-view Casa Famosa. As yet, no end date has been set, but dates on their website are not listed past mid-October—this may very well be your only summer to pop in for this pop-up project. www.sangiorgio-mykonos.com 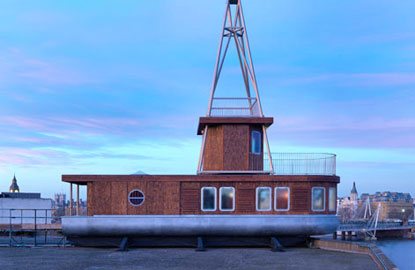 A Room for London

Less of a pop-up hotel than a pop-up room, this collaboration between Living Architecture and Artangel has manifested as a boat-shaped installation atop the Queen Elizabeth Hall at London’s Southbank Centre. From its hosting of the Olympics to the Queen’s Diamond Jubilee to the London 2012 Festival (which celebrates art and ideas throughout the city), this is London’s year, and A Room for London gives visitors a whole new way to experience it. The "boat" itself sleeps a maximum of two and offers guests stunning views out over the city, as well as three impeccably designed rooms and a lookout deck to explore. Unfortunately, all 366 nights that the installation is in London—covering the entirety of 2012—are booked up, but the creators have said they intend to move it to another city next year, so keep an eye out on updates to be sure not to miss the boat on future lodging opportunities. www.aroomforlondon.co.uk 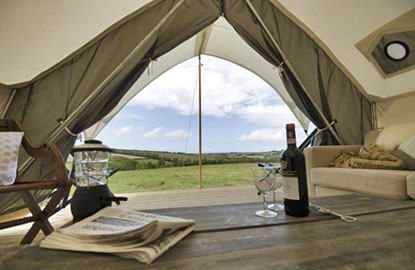 Though currently "popped-down" until the summer, this 12-room, four-suite luxury tent-hotel first appeared last fall in the countryside of Britain’s Cornwall region to much acclaim. Not only are the surroundings bucolic and picturesque, but the tents themselves—traditional bell tents with wooden floors and, in the case of the suites, multiple rooms—are decorated with designer furnishings and one-of-a-kind pieces from the owners’ travels. Try it out for yourself at the Henley Swim, Regatta, and Festival in late June and early July, or in conjunction with Devon’s River Cottage Kitchen from mid-August to mid-September. Rates range from $239 to $2,871, depending upon the location. www.thepopuphotel.com