There is nothing ordinary about a typical Costa Rica vacation. One afternoon you could be snoozing in your private hammock, the next plowing through mud-rutted roadways in your 4WD. Adventure awaits in every corner of the country. Where will you head?

Me, Tarzan: The Northern Plains 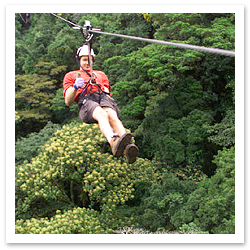 This is the region that gave birth to canopy tours, which involve zipping along cables (while securely harnessed) between treetop platforms. If you’re not keen on heights, there’s plenty to do on the ground. Explore the creatures and critters of Caño Negro National Wildlife Refuge, tour the red hot-lava spitting Arenal volcano, or raft down one of four rivers out of La Fortuna.

Hit the Beach: Want to take a dip in the Northern Plains? Head to windsurfer-friendly Lake Arenal, or go for a soak at the Tabacón Hot Springs.
Filling Up: Heading to Poás Volcano? Be sure to stop by Chubascos for traditional Tico dishes, like gallos, and delicious fresh fruit drinks.
Sleeping In: Honeymooners love the private cottages of Grecia’s Vista del Valle Plantation Inn. For a view of Arenal, check into one of Villa Decary’s spacious bungalows.
When to Go: The rainy season is July-December, but the region is always hot and humid, with frequent rain. At almost 5,000 feet, Monteverde has a significantly different climate. It’s cool and damp most of the time, with average highs around 20C (70F) and lows around 13C (55F).

The Life Aquatic: The North Pacific 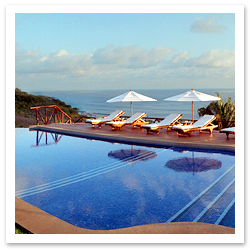 If you’d rather spend time in an ocean than a rain forest, head to the well-touristed beaches along the Nicoya Coast. There’s a beach for practically any watersport — swimming, diving, kayaking, surfing, fishing. To the north, in Guanacaste, lies Costa Rica’s mini-Yellowstone, Rincón de la Vieja National Park.

Hit the Beach: Perhaps the most beautiful beach in the country, Playa Carrillo fronts an idyllic half-moon bay.
Filling Up: The one-time funky surfer town Tamarindo has lost some luster due to commercial over-development, but the growth has spurred several quality restaurants. Laguna del Cocodrilo Bistro serves French haute cuisine at the beach.
Sleeping In: The individual casitas of the luxurious Hotel Punta have their own plunge pools and gardens. Parents lucky enough to score a room at Playa Junquillal’s Guacamaya Lodge can kick back while their little one splashes in the kid’s pool or makes new friends on the playground.
When to Go: The best time to visit is the shoulder season (mid-November-January), when the landscape is green, the evening air cool, and hotels and restaurants gear up for the crush of tourists.

The More the Merrier: The Central Pacific 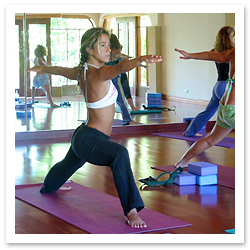 The popularity of the Central Coast is attributed to its big three attractions — the monkey-packed Manuel Antonio National Park, a string of accessible beaches, and its close proximity to San José. Adventure tours are all the rage here — horseback riding down the beach, snorkeling in the Cabo Blanco Absolute Nature Reserve, and hang gliding in Jacó are just a few possibilities.

Hit the Beach: You’ll have no trouble finding a sunny stretch of sand, but chances are you won’t be alone. To escape the crowds, head to the neighboring beach towns Malpaís and Santa Teresa.
Filling Up: The menu at Playa de los Artistas, an open-air Mediterranean-style seafood restaurant, changes daily — perfect for repeat diners based in Montezuma.
Sleeping In: Guests at Docelunas can start their day in downward dog — the hotel offers yoga lessons in a glass-walled studio looking out over Jacó. For a room with a view, check into El Cafetal Inn, a delightful B&B outside of Atenas.
When to Go: Masses arrive during the dry season (late December-May), driving hotel prices up. Consider May to August, when the weather is sunny with occasional light rain.

Off the Grid: The South Pacific 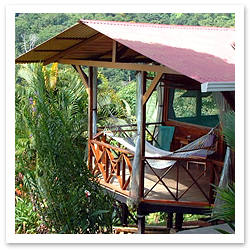 While the South rarely sees first-time visitors, those that finally do make it down arrive in a vehicle of the 4WD-variety. Brave the mud of Corcovado National Park and maybe you’ll spot an endangered scarlet macaw. Seasoned hikers will want to tackle Chirripó Mountain, but there are easier, equally dramatic hikes to waterfalls and swimming holes in the Golfo Dulce, Osa Peninsula, and around Dominical.

Hit the Beach: The surfing is good at remote Playa Pavones, a stunning combination of black sand, tropical forest, and glistening waters.
Filling Up: Looking for fresh fish? At Las Cataratas, the menu depends on the adjacent pond’s stock.
Sleeping In: Laze away the day in a hammock on the porch of your cabana at Pacific Edge, a collection of rustic cabins high on a mountain ridge. Luxury ecotourism is not an oxymoron at Lapa Ríos, one of the world’s cushiest eco-resorts.
When to Go: If you’re heading to the Osa Peninsula, avoid the rainy months of October and November — roads flood and lodges might close.

It’s a Jungle Out There: The Caribbean

St. Lucia it is not, but Costa Rica’s Caribbean (often called the Atlantic Coast) fits the bill for those seeking natural surroundings. Most visitors come to explore the coastal jungles and canals of Tortuguero National Park and Barra del Colorado Wildlife Refuge. 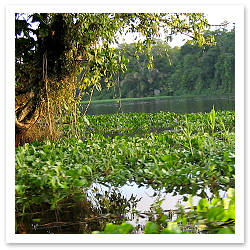 Hit the Beach: You won’t find white sandy beaches, but instead sand in shades of brown and black. The rough waters are just right for surfers.
Filling Up: La Pecora Nera, a small thatch-roof roadside restaurant in Puerto Viejo de Talamanca, serves up some of the country’s best Italian.

Sleeping In: Many visitors return to Tortuguero to take advantage of the hotel and tour packages offered by local lodges. Pachira Lodge is the prettiest and most luxurious. For those looking to save, Casa Marbella is a good value.
When to Go: The Caribbean lacks a true dry season, though February-April and September-October are drier, but there are intermittent showers.