I didn’t ask for this, but you delivered (and yes, I said that correctly).

Ever since a mummy was first seen in the critically acclaimed documentary The Mummy starring Brenden Fraiser and Rachael Weisz, and not one second before, everyone has been obsessed with mummies.

Personally, when I found out that they didn’t actually walk around upright trying to uphold an ancient curse by wreaking havoc on a city, I was slightly dismayed—but my disappointment didn’t last long as I learned that even though they do not walk, mummies were still very interesting.

However, there’s a problem, you see—I have yet to see a mummy in real life. So, when it came time for all of the Fodor’s editors to state where they’d like to travel in 2019, I said I wanted to see a mummy but needed to do my research because, well, I didn’t know exactly where to go (which is bad, because that’s my job as a travel editor—nobody’s perfect, give me a break!).

I learned that even though they do not walk, mummies were still very interesting.

That’s where you came in. Without me even asking you, dear and generous readers, you sent countless emails to my inbox, telling me where I should go to see a mummy. After receiving your emails, I compiled all of the locations, did some research on their mummy affiliations and history, and have hereby come up with an official list of Where to See Mummies in 2019—and beyond. 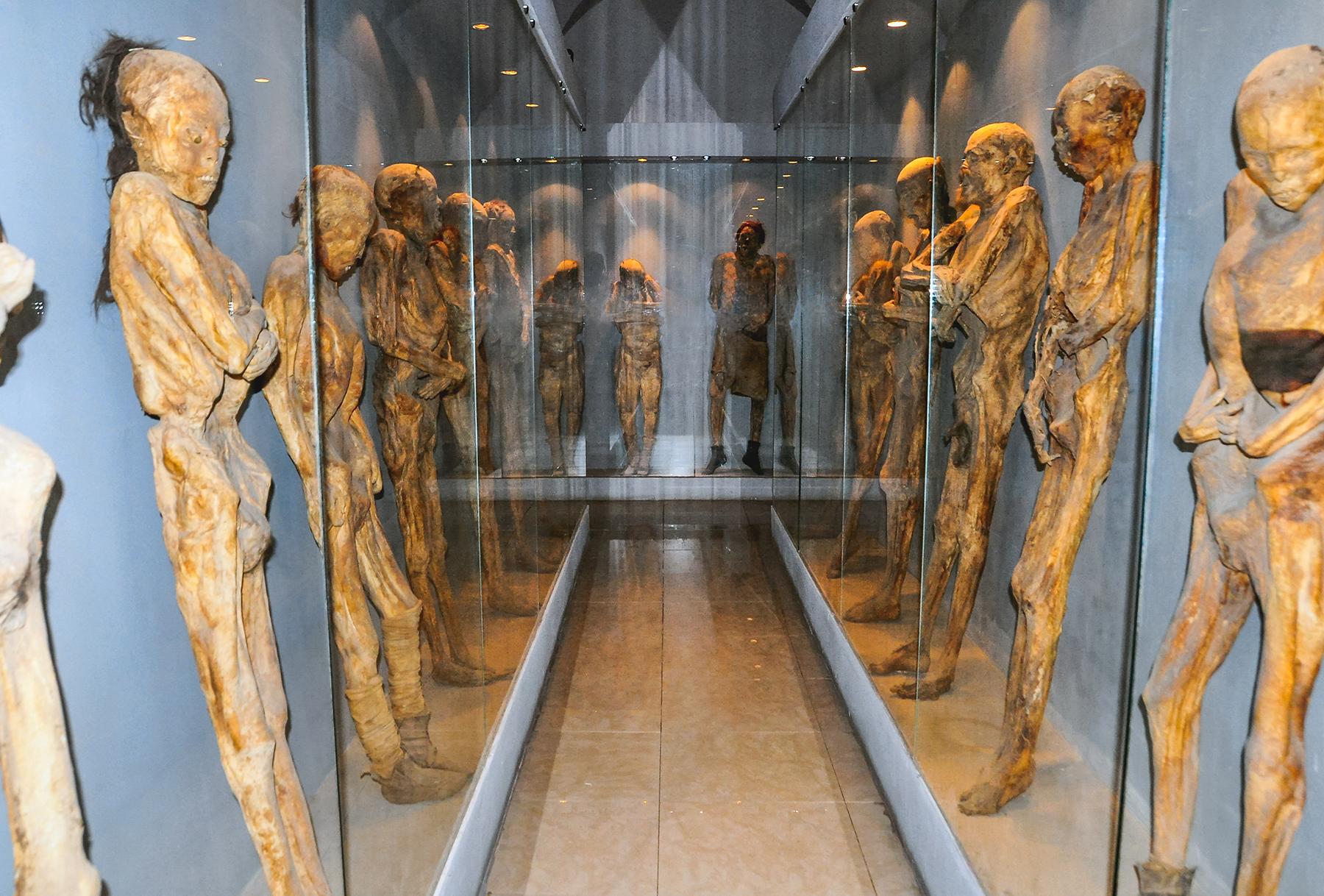 Museum of the Mummies of Guanajuato

This museum contains the largest collections of natural mummies in the whole world (because of the climate and soil, the mummies were preserved extremely well). These mummies came to be during a cholera outbreak in the 1800s, and the first mummy was put on display here in 1865. Some of the mummies still have parts of their clothes on, and the museum is also known to feature the smallest mummy in the world (which is extremely upsetting).

INSIDER TIPThe city of Guanajuato, incredible itself, is known for its silver mining history and colonial architecture—and it’s only thirty minutes outside of San Miguel de Allende (a gorgeous UNESCO World Heritage Site also worth exploring). 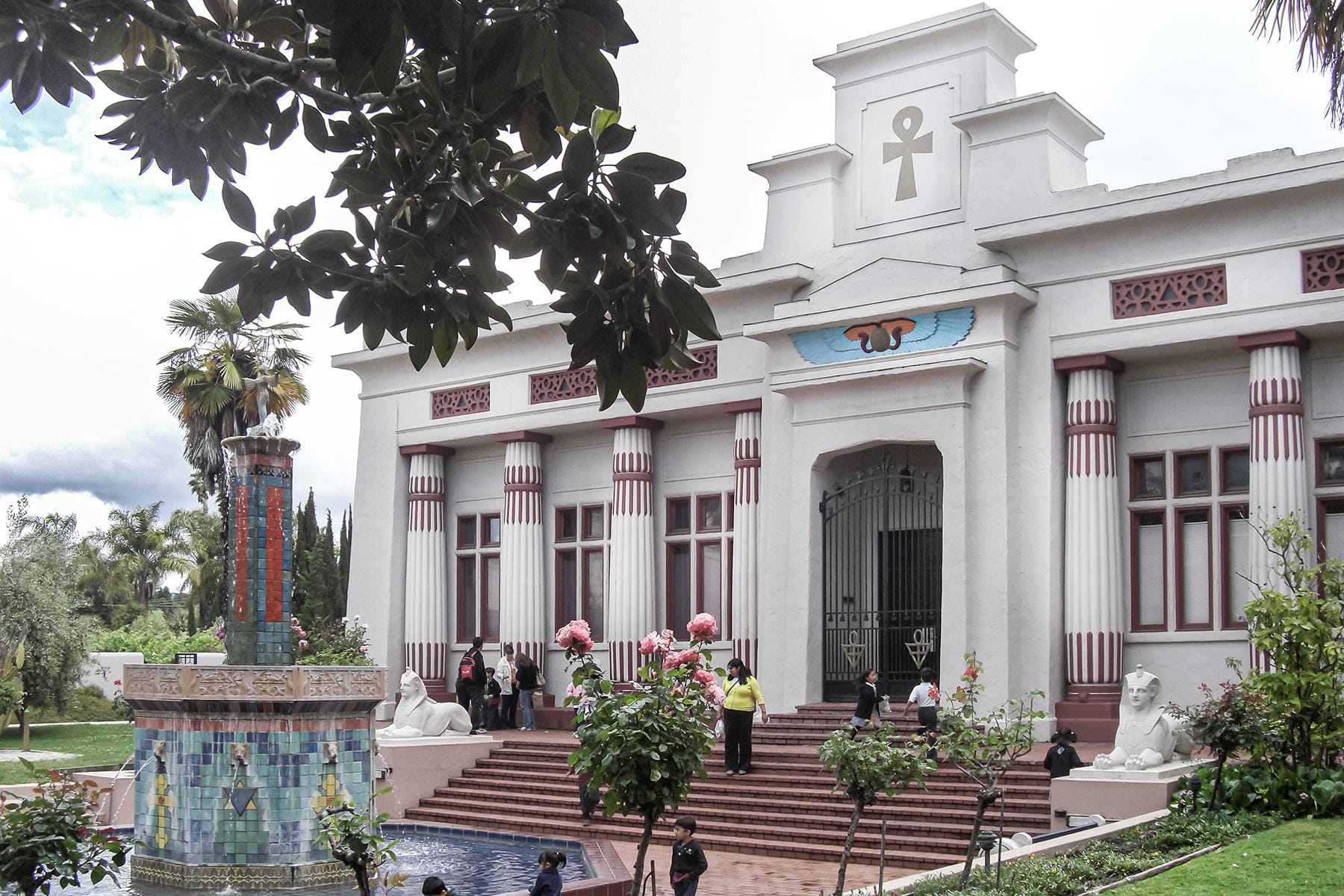 This expansive museum, located in the Rose Garden neighborhood of San Jose, has the largest collection of ancient Egyptian artifacts in the western United States. In addition to these antiquities, there are also: mummies. Here you can walk into a replica of a tomb and pretend you are Brenden Fraiser, cautiously yet humorously exploring the tomb where he found his mummy rival. Bonus: At a $9 admission price, this place is intriguing and inexpensive–a grand duo, indeed.

INSIDER TIPThe Alchemy Exhibit is a current exhibit worth exploring if you’re interested in that sort of thing, and the connecting Alchemy Garden is the perfect place to sit and contemplate all of the mummies and alchemy you have just witnessed. 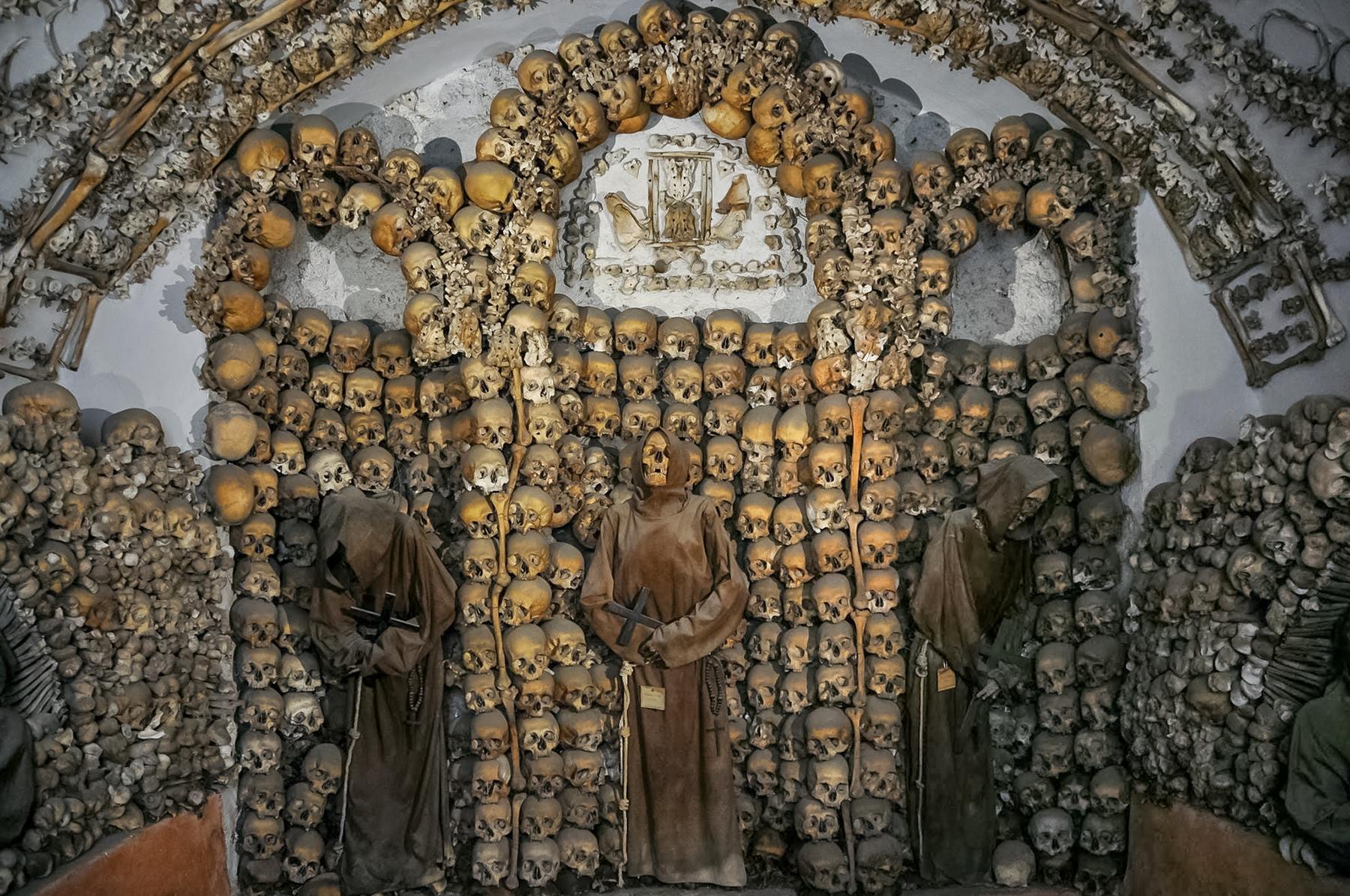 The Capuchin Crypt is made up of several chapels underneath the church of Santa Maria della Concezione dei Cappuccini—and in this crypt, there are (you guessed it): mummies. Well, mostly disembodied mummies, also known as skeletons, but hey: still counts. Skeletons are mummy adjacent, after all. It’s believed that the crypt contains the remains of 3,700 Capuchin friars—and it is a grisly (and fascinating and macabre and incredible and, and) sight to behold, indeed. We’re talking skeleton heads on top of skeleton heads on top of other bones, lining the walls of the underground crypt. You’ll see a full friar mummy here and there, perched in nooks composed of bones. 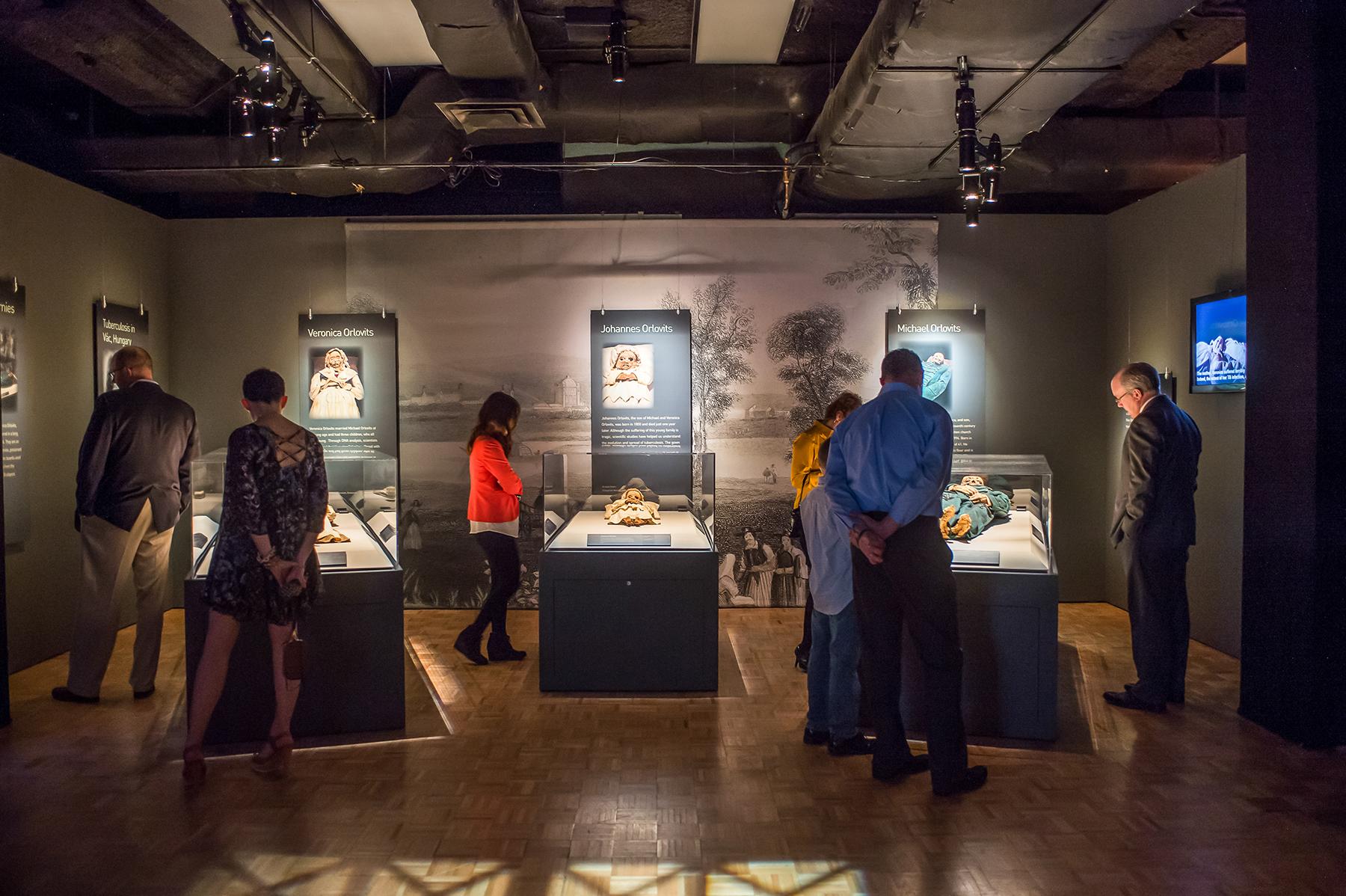 Mummies of the World

Mummies of the World, an exhibition currently on display at the Arizona Science Center, is billed as the largest exhibition of real mummies and mummy artifacts ever assembled in one place. The exhibition has been displayed elsewhere but made its regional debut in Phoenix this year. It covers a lot of ground, providing insights on the ancient peoples of Europe, South America, and Egypt.

INSIDER TIPHurry! The exhibit runs through September 2nd at the Arizona Science Center (but will be making a stop elsewhere afterward). 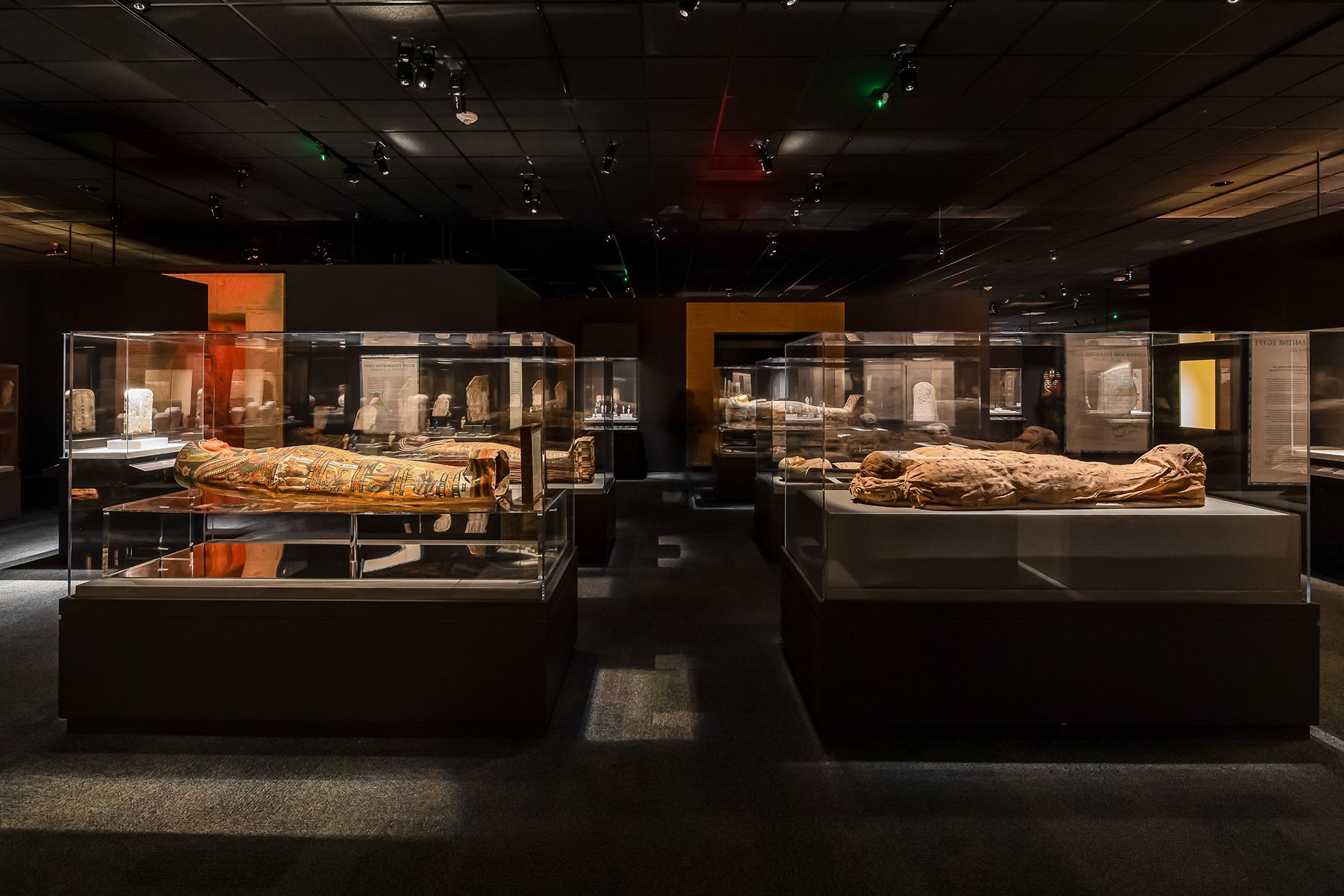 PHOTO: Images courtesy of Houston Museum of Natural Science
5 OF 7

The Houston Museum of Natural Science

If you’re needing to see a mummy while in Texas, this is absolutely something that you can do, I’m glad to report. The Houston Museum of Natural Science has a permanent exhibit called the Hall of Ancient Egypt that explores the themes of writing, religion, and—you guessed it—mummification. Most importantly, the museum has its own resident mummy named Ankh Hap. Along with him, you’ll see ancient artifacts and data comparing how archaeologists studied mummification long ago to how it is studied in the present day. 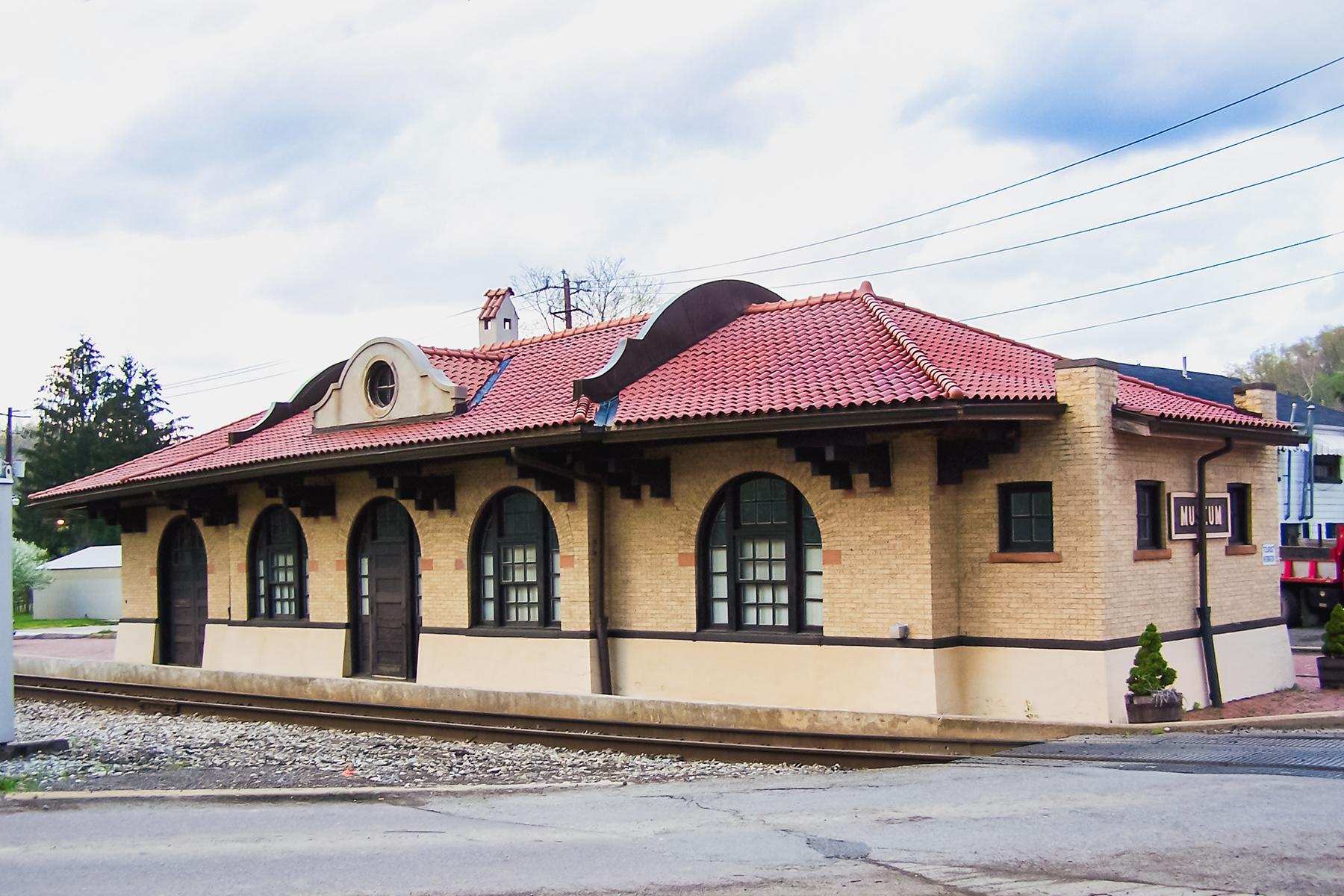 In the 1800s, a farmer in West Virginia requested dead bodies from an insane asylum nearby, and mummified them with a new embalming process he had been practicing on vegetables—and it worked. The mummies then traveled around with P.T. Barnum’s circus before returning to Philippi. As the story goes, the mummies were lost and then found again decades later inside of a barn and another (unknown) person kept them inside their home, until the town was flooded and the mummies became water logged. The town aired the mummies out to dry in front of a post office, and today they are displayed at the Barbour County Historical Museum in Philipi.

Today, there are two mummies in a tiny little train depot museum in Philippi West Virginia. It is located at the end of a covered bridge which is also the site of the first land battle of the Civil War. If you’re anywhere near there it’s worth the dollar admission (cash only) to look at them. 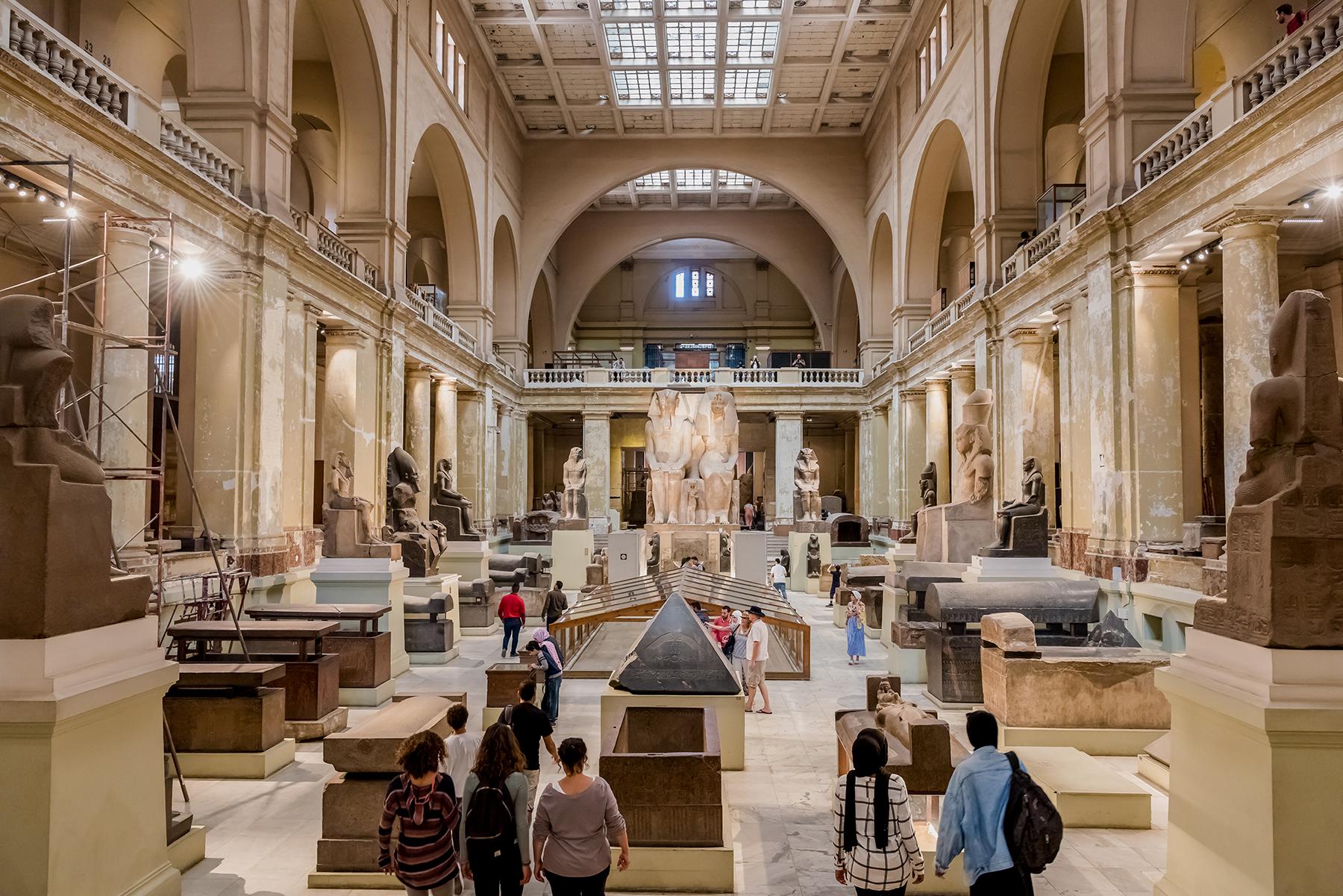 WHERE: The Museum of Egyptian Antiquities

The rumors are true: They have mummies in Egypt. Naturally, the Museum of Egyptian Antiquities is the place to see mummies, as, obviously, the best place to see mummies will always be in the Mummy Capital of the World, which is an unofficial title I just made up that I think sounds nice. Located in Cairo near the Giza Pyramids and the Sphinx, one shouldn’t just see those and skip this museum. The museum protects and displays around 120,000 Egyptian artifacts (despite not all of them being on display) and is home to the world’s most expansive collection of Pharaonic antiquities.

An entire section of the museum is dedicated to King Tutankhamen (aka King Tut, the famous boy-king), which is mostly intact when first discovered in 1922. If mummies are your thing, this is the crown jewel of mummy locations, most definitely.