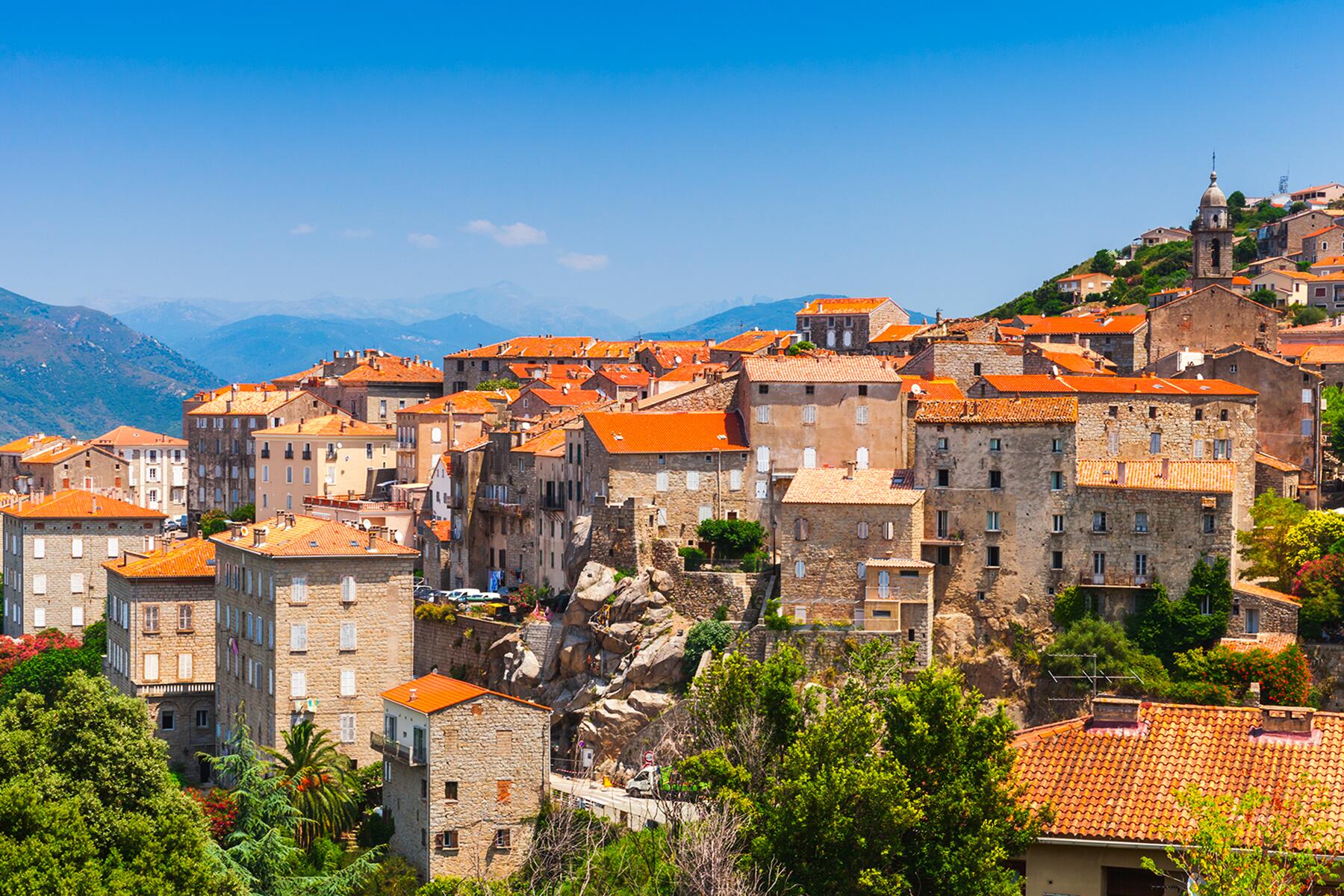 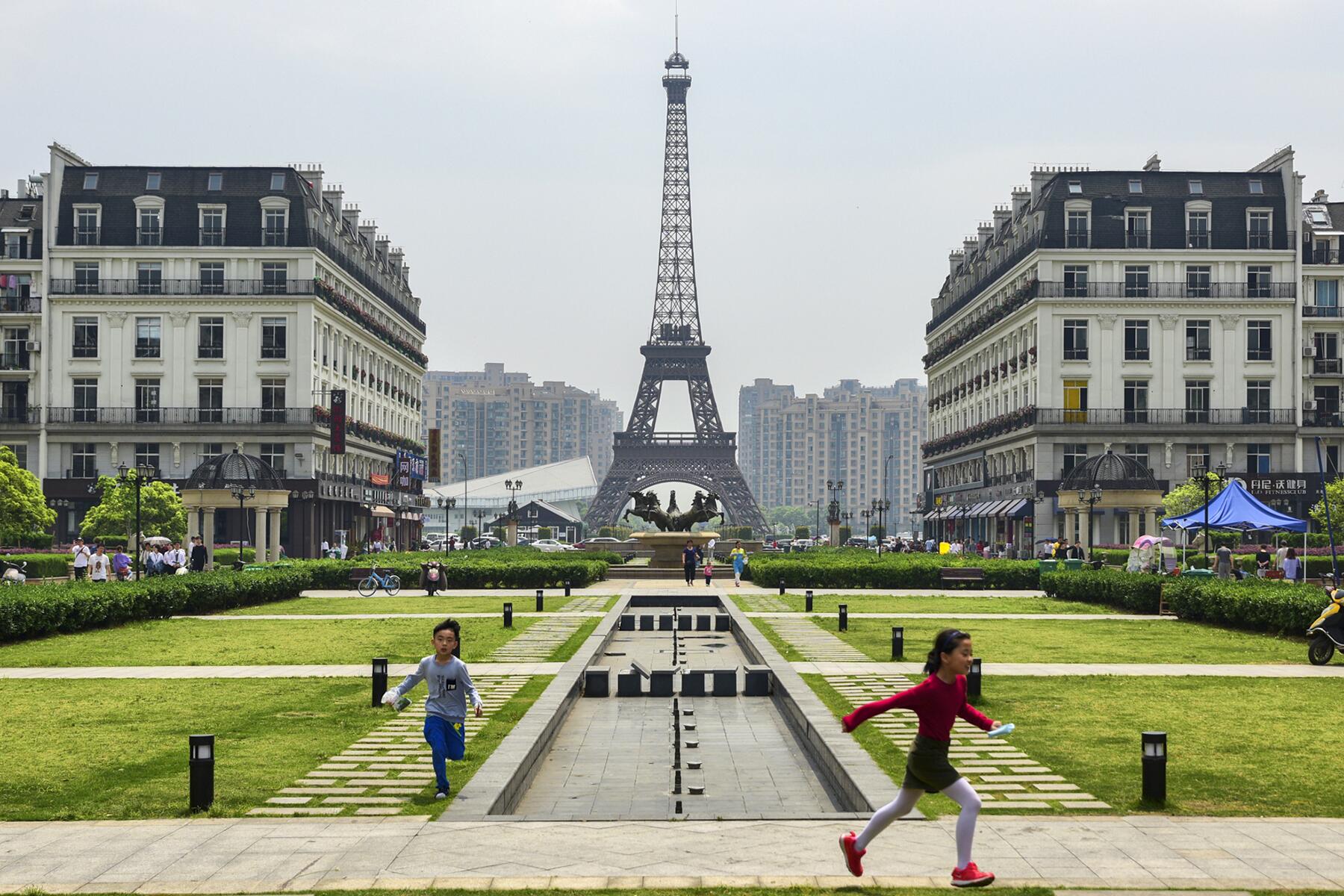 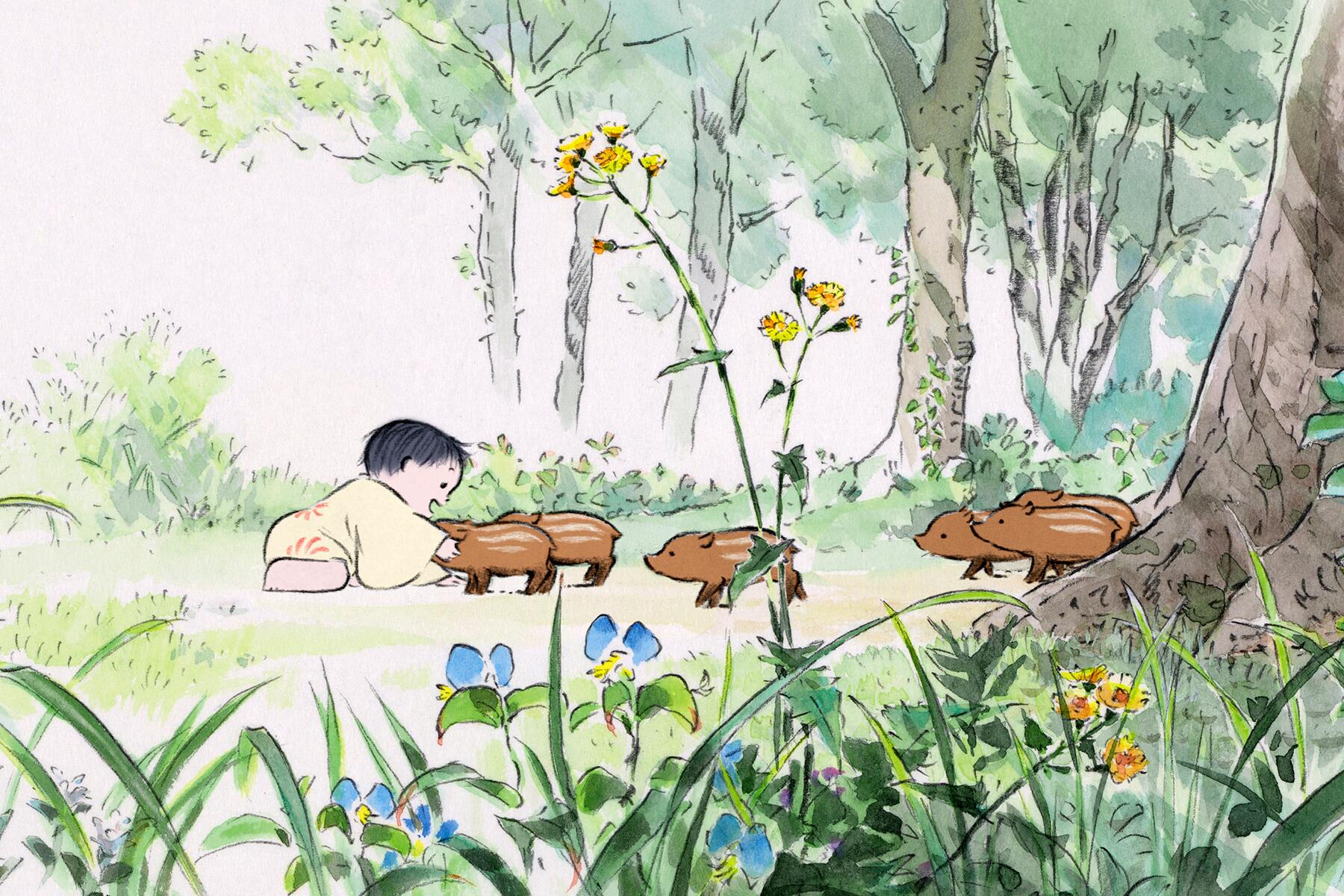 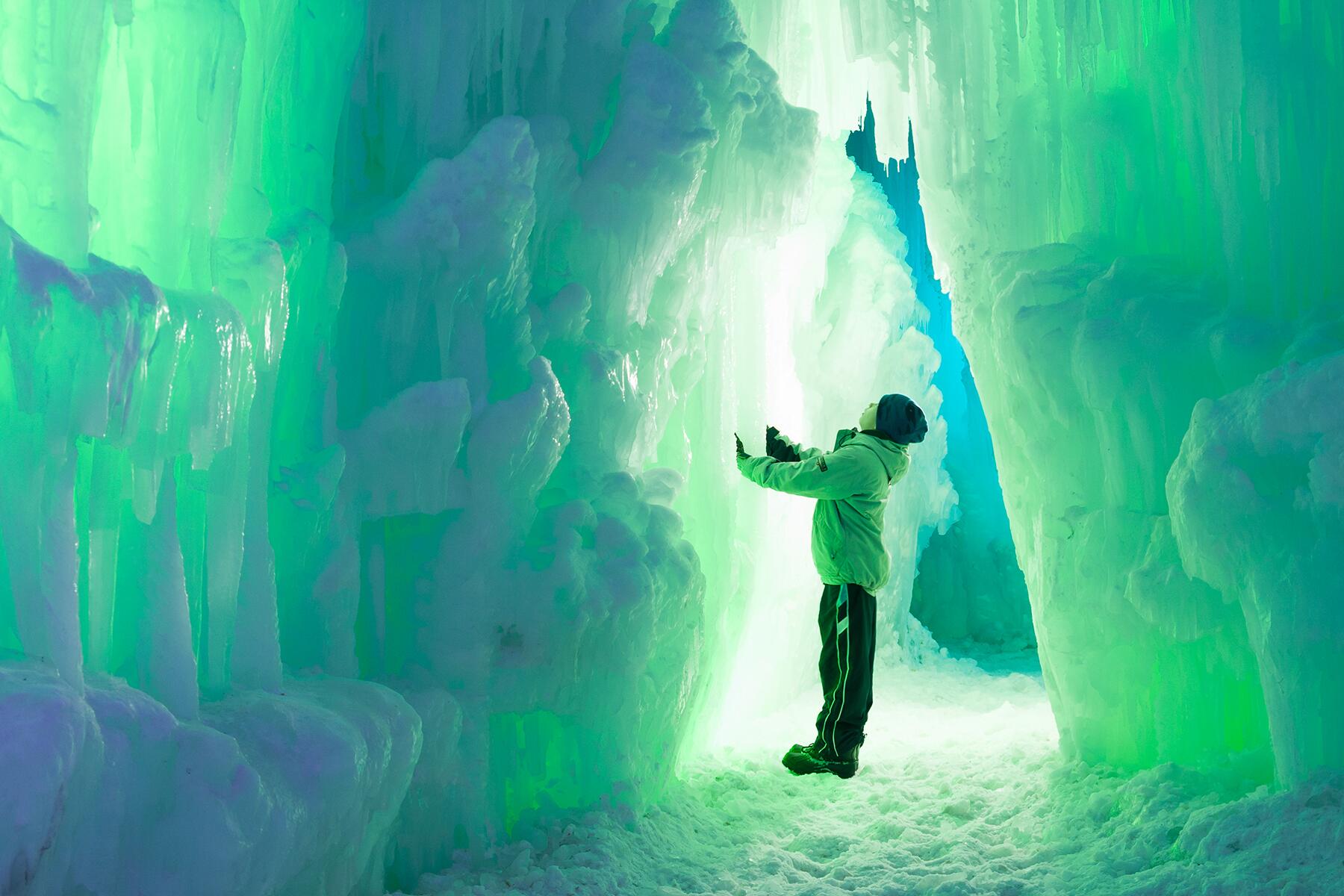 ...not sure what happened here.

From London to Los Angeles, bad statues have been frightening residents, cursing sports teams, and knocking out their artists. While some got to retire, others are still on view to the public, frightening people everywhere. 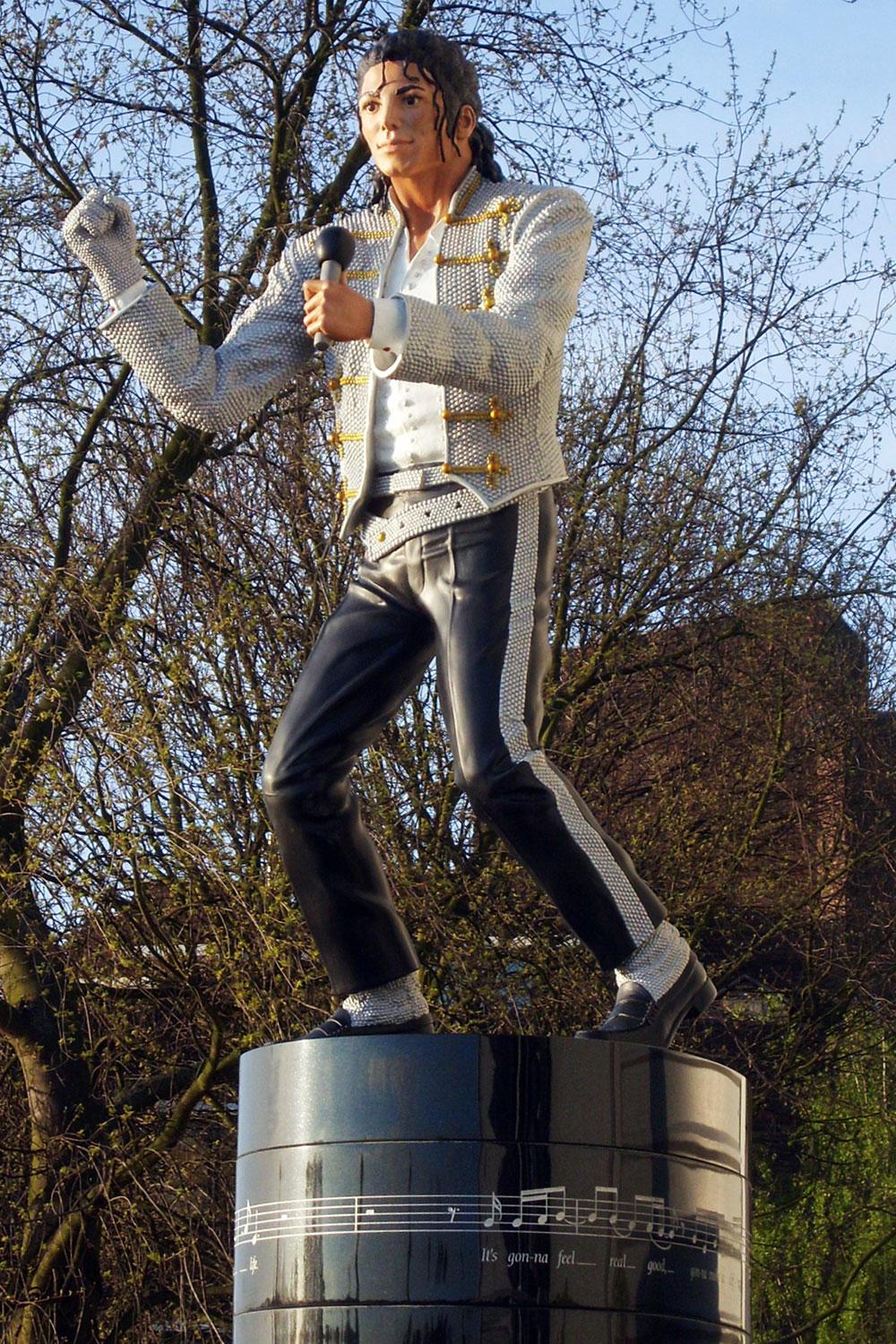 Rest assured, this statue has since been removed, but not after many angry fans expressed their concerns. The statue was built at Fulham’s Craven Cottage stadium as a gift to Michael Jackson from the former stadium owner and friend Mohamed Al Fayed. Upon selling the venue, the new owner decided to remove it and return it to Mohamed. The former stadium owner even claimed that the removal of the statue was bad luck and blamed the statue for the team’s loss in 2014. 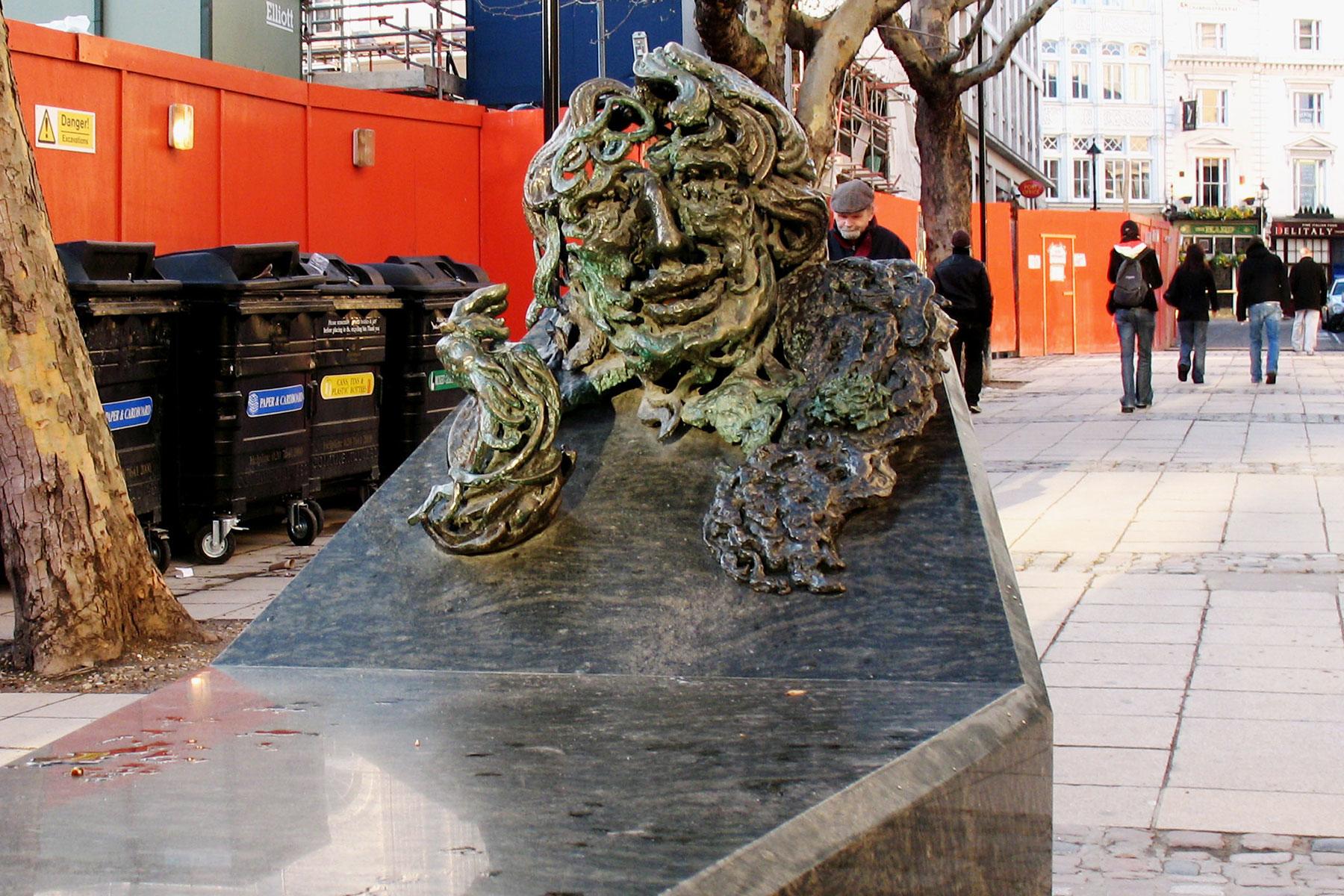 A Conversation With Oscar Wilde

A Conversation with Oscar Wilde is a two-for-one interactive memorial, as it also serves as a bench. Although it may seem strange at first, the structure welcomes visitors to sit with the legendary writer and take in London’s West End. Artist Maggi Hambling was commissioned to build the monument and it was unveiled by actor Stephen Fry on November 30th, 1998, the 98th anniversary of Wilde’s death. 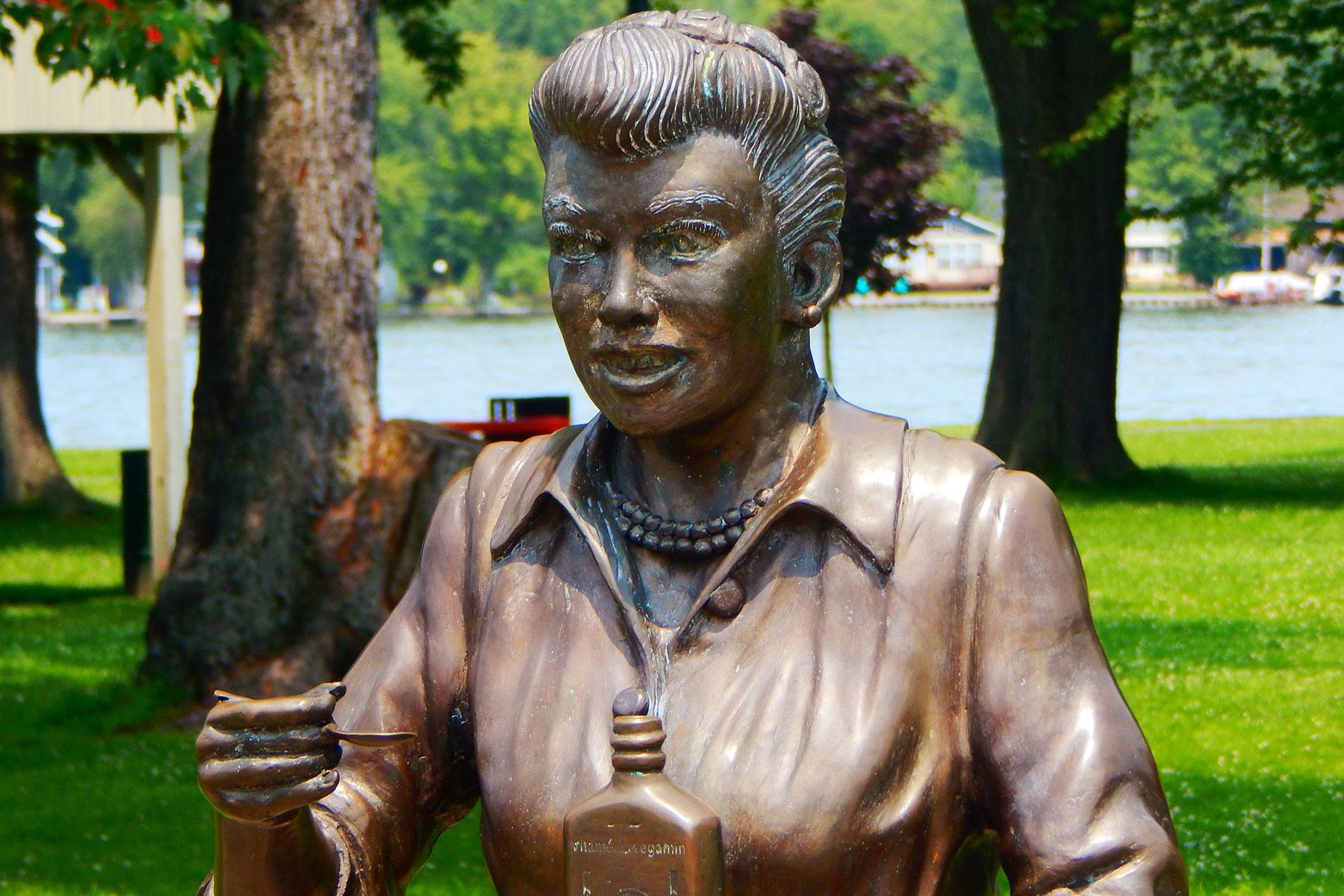 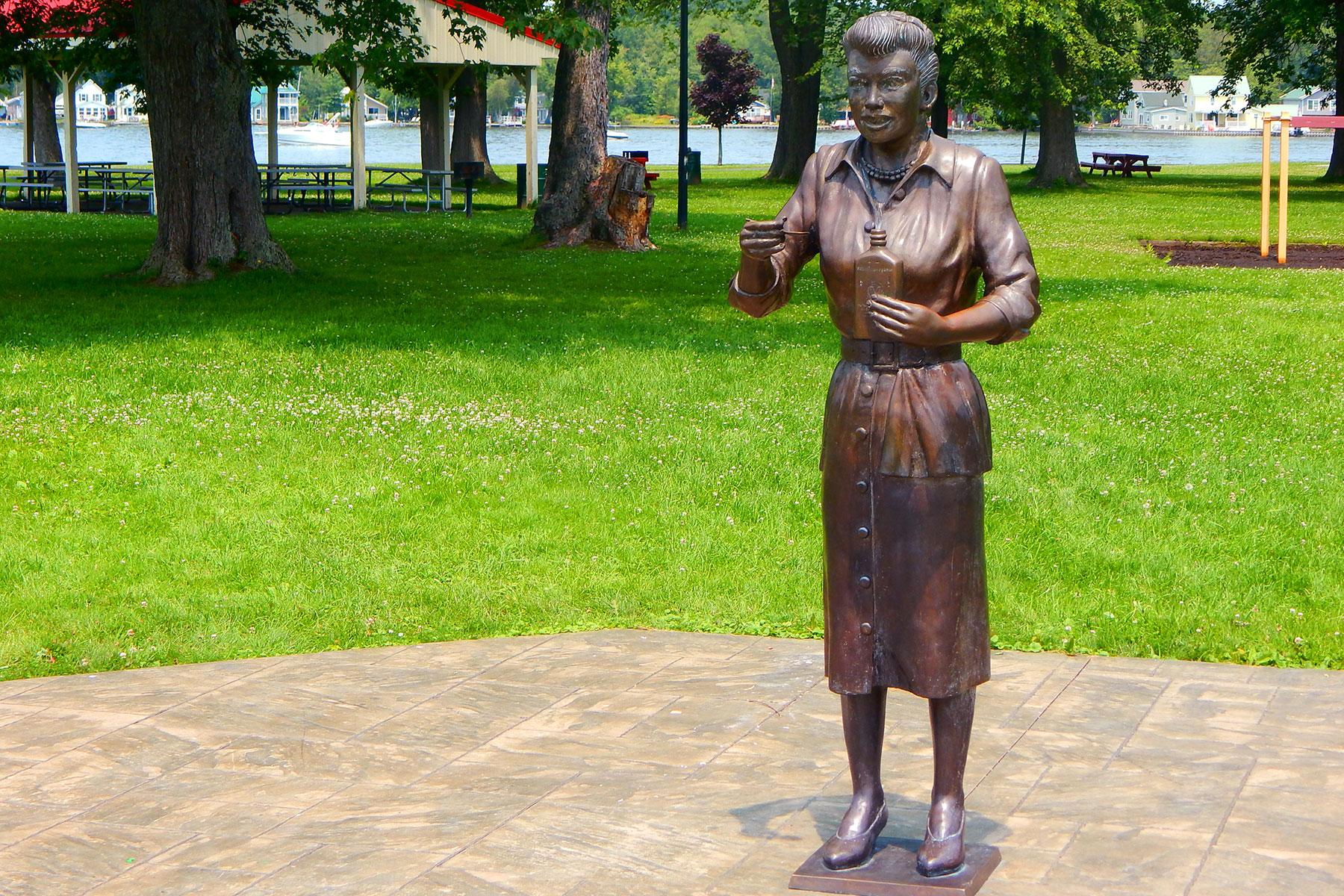 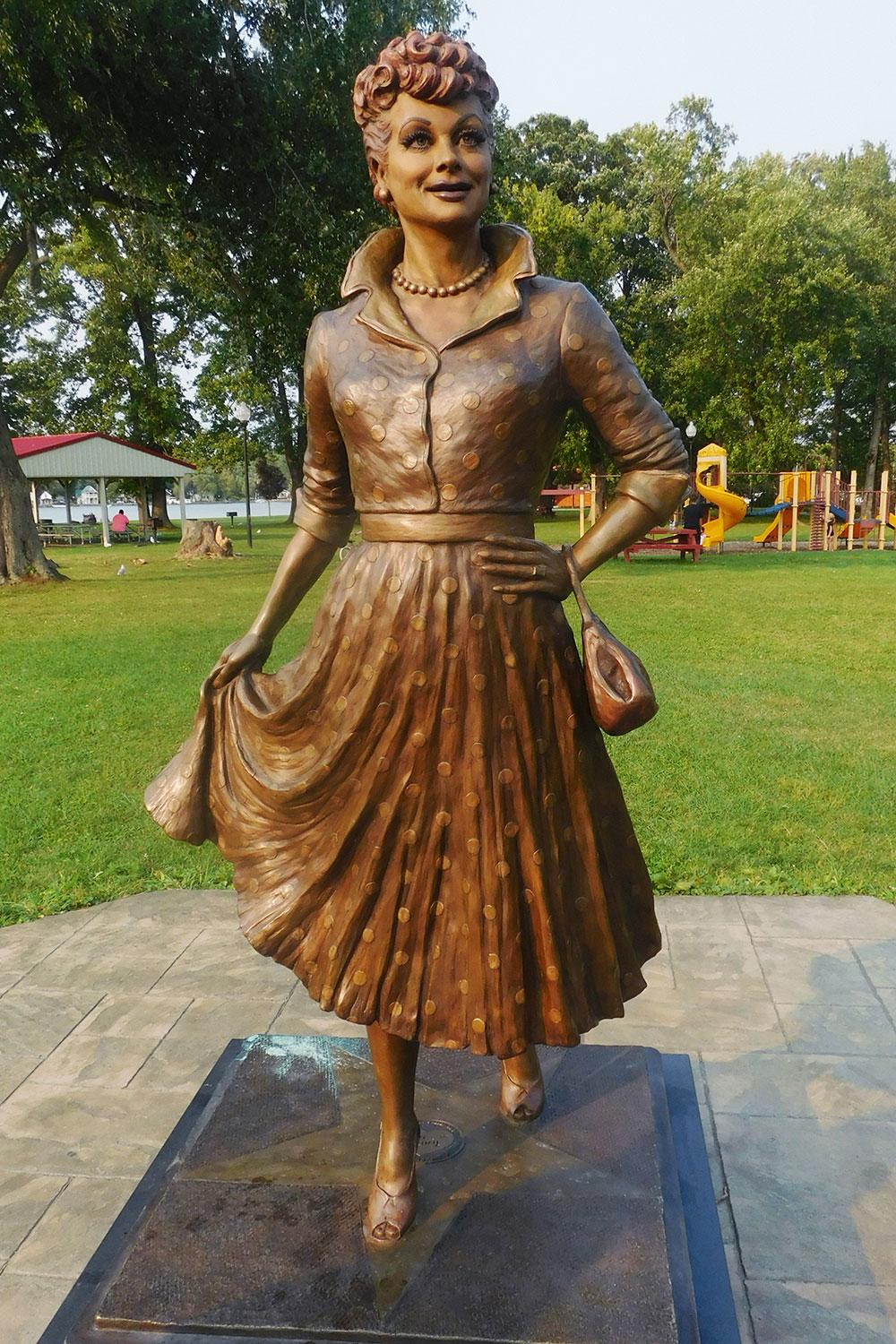 Nicknamed “Scary Lucy,” the 400-pound sculpture by Dave Poulin was recently replaced by a new-and-improved piece by Carolyn D. Palmer. Despite Poulin’s public apology and offer to create a new one for free, the village wasn’t going to take any more chances and commissioned Palmer to create a new one. The “New Lucy” was unveiled at a ceremony in Celoron in commemoration of Lucille Ball’s 105 birthday. With a population of just over 1,000, the village takes pride in being the birthplace of the famous comedienne and now is happy to properly commemorate her. 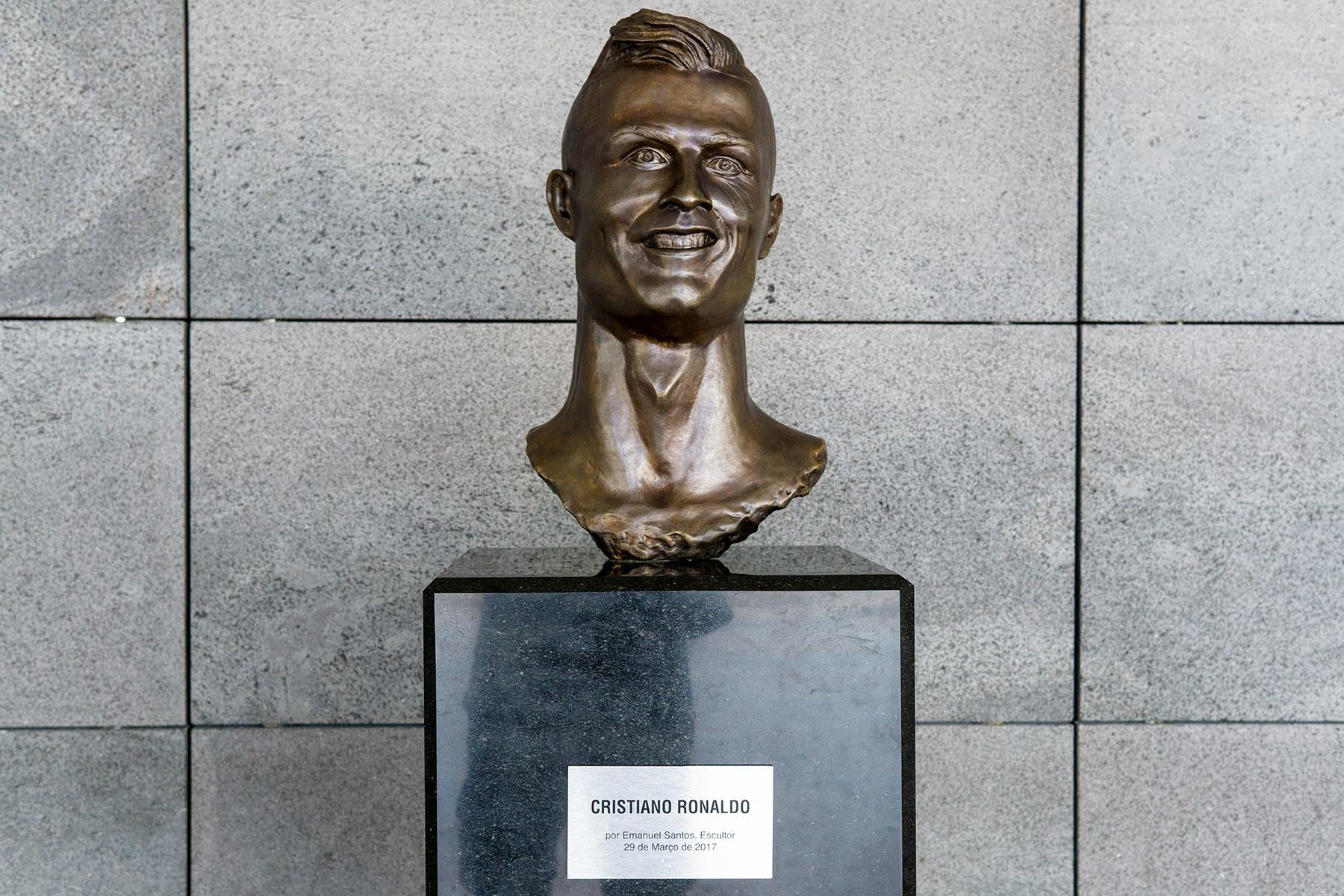 The international soccer star was honored in his home country with the renaming of Madeira Airport to Aeroporto Cristiano Ronaldo. Sculptor Emanuel Santos was commissioned to create a bust of the star to be featured in the newly named airport. Despite its uneven eyes and goofy smirk of a smile, fans don’t seem to mind. 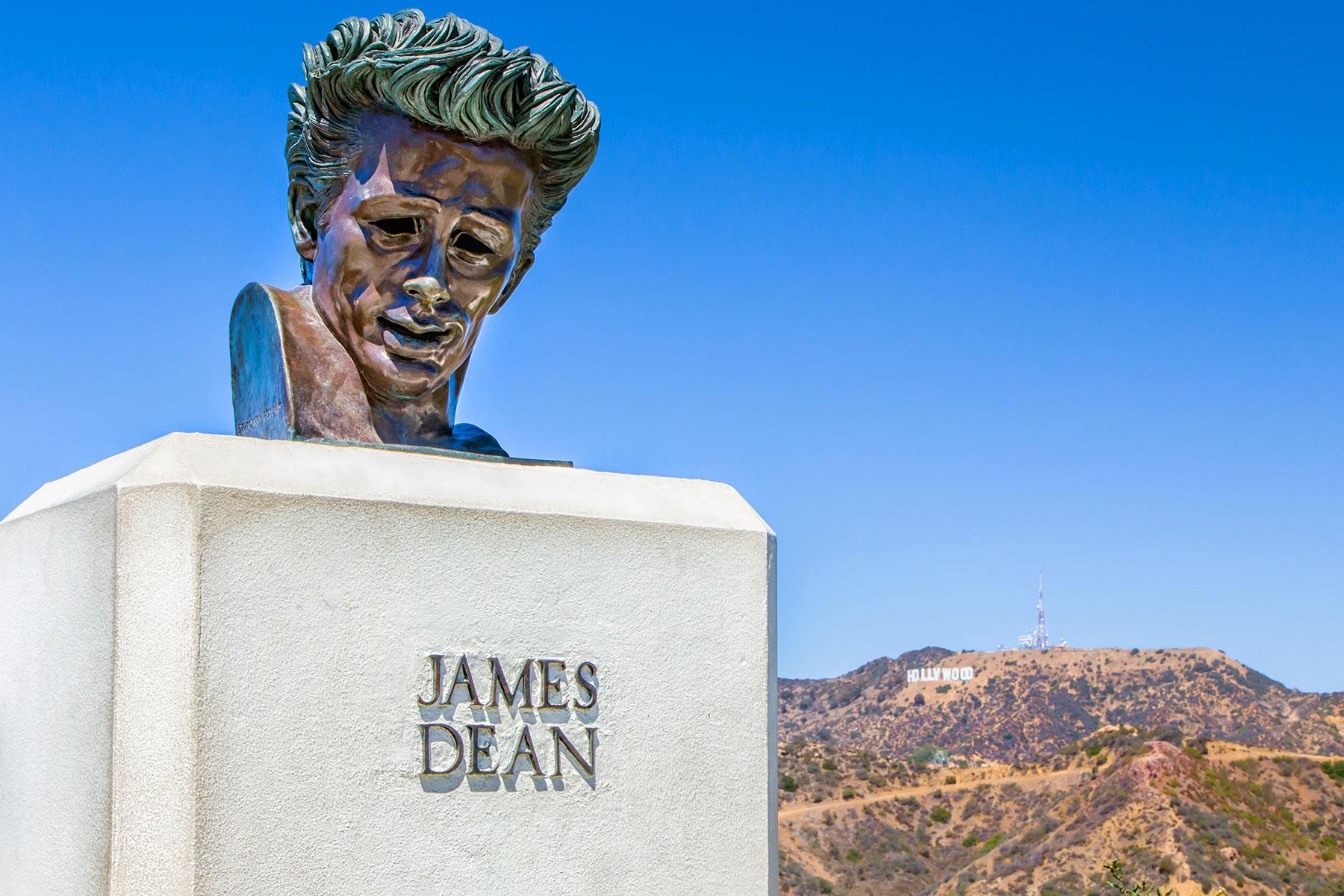 Nestled in Griffith Observatory between historical astronomers like Galileo, and Isaac Newton, James Dean overlooks Los Angeles with his fellow physicists and tourists. The bust of Dean was built after his role in the movie Rebel Without a Cause, which helped the observatory gain international attention. According to observatory officials, the bust is supposed to represent the movie, not the actor. 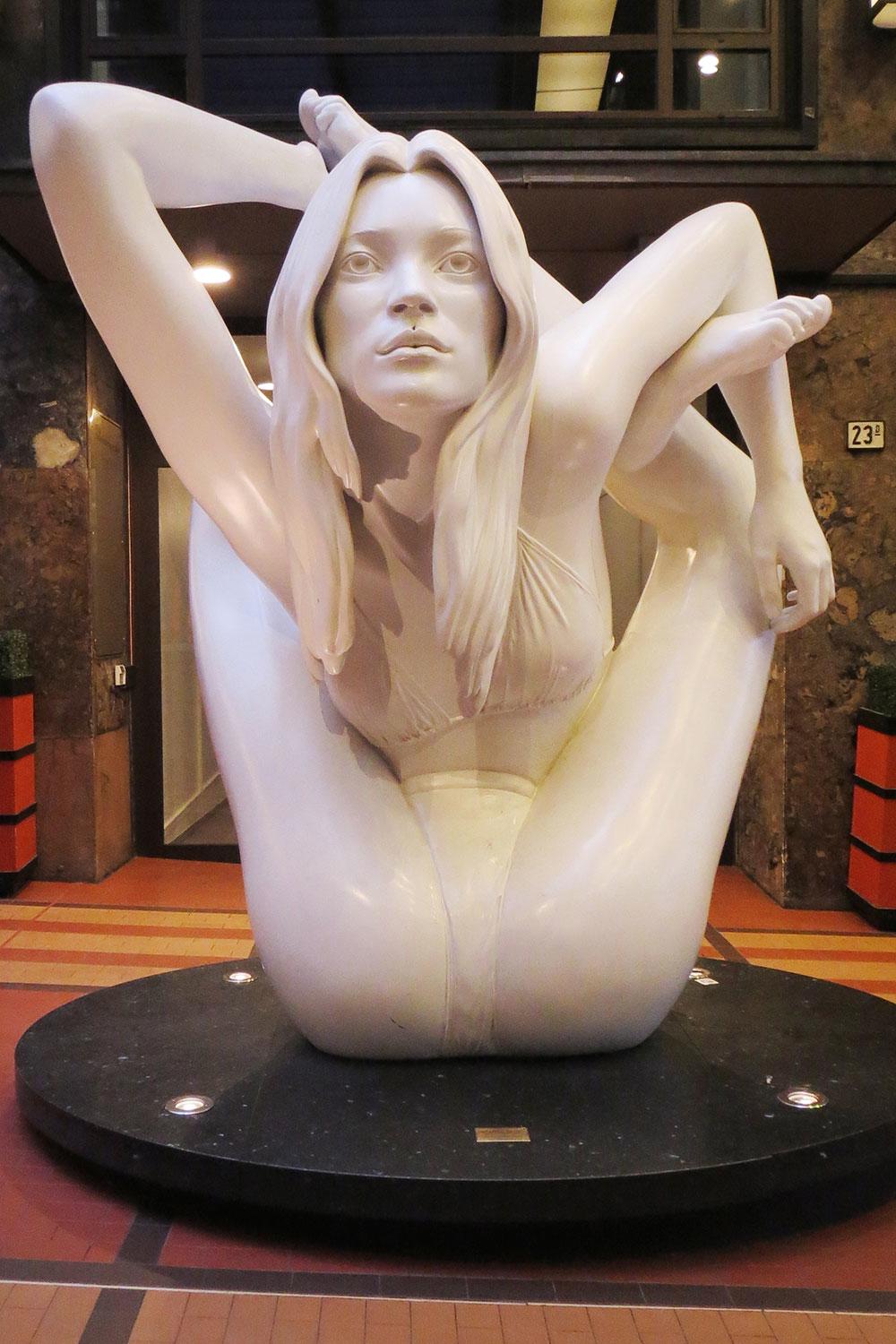 INSIDER TIPSiren, a version of the statue made entirely of cast gold, is part of the British Museum’s collection on view in the Nereid Gallery. The Kate Moss statue is reported to be the largest gold sculpture since the ancient Egyptian era. 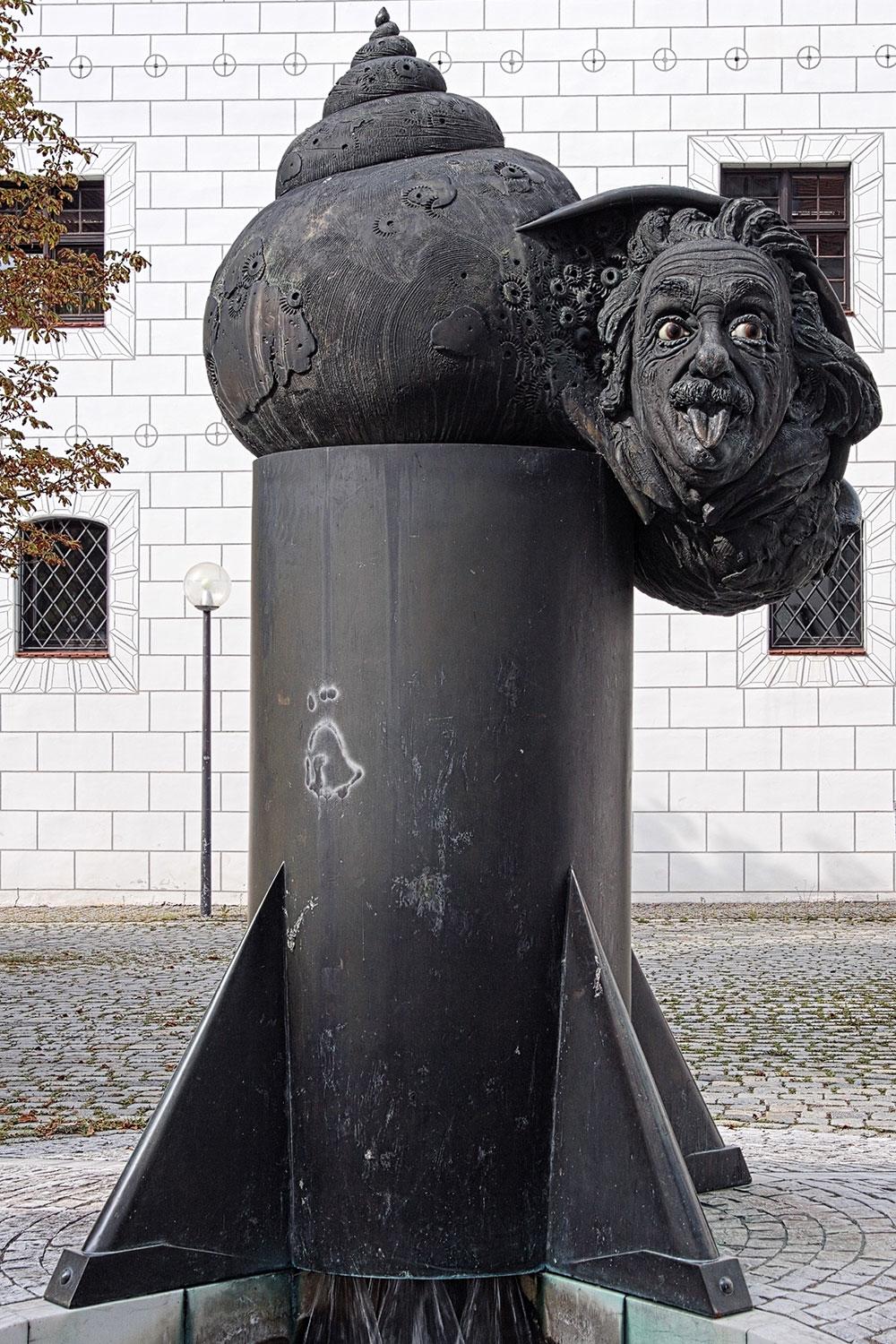 Part brilliant physicist, part escargot, this deranged statue of Einstein is on view in Ulm, Germany, where Einstein was born in 1879. The statue was unveiled in 1982, presumably in retaliation for Einstein’s lack of hometown pride (rumor has it that Einstein was totally indifferent about the town of Ulm). How best to make a subtle jab at this legendary genius? Stuff him into a snail shell and make him look high on bath salts. 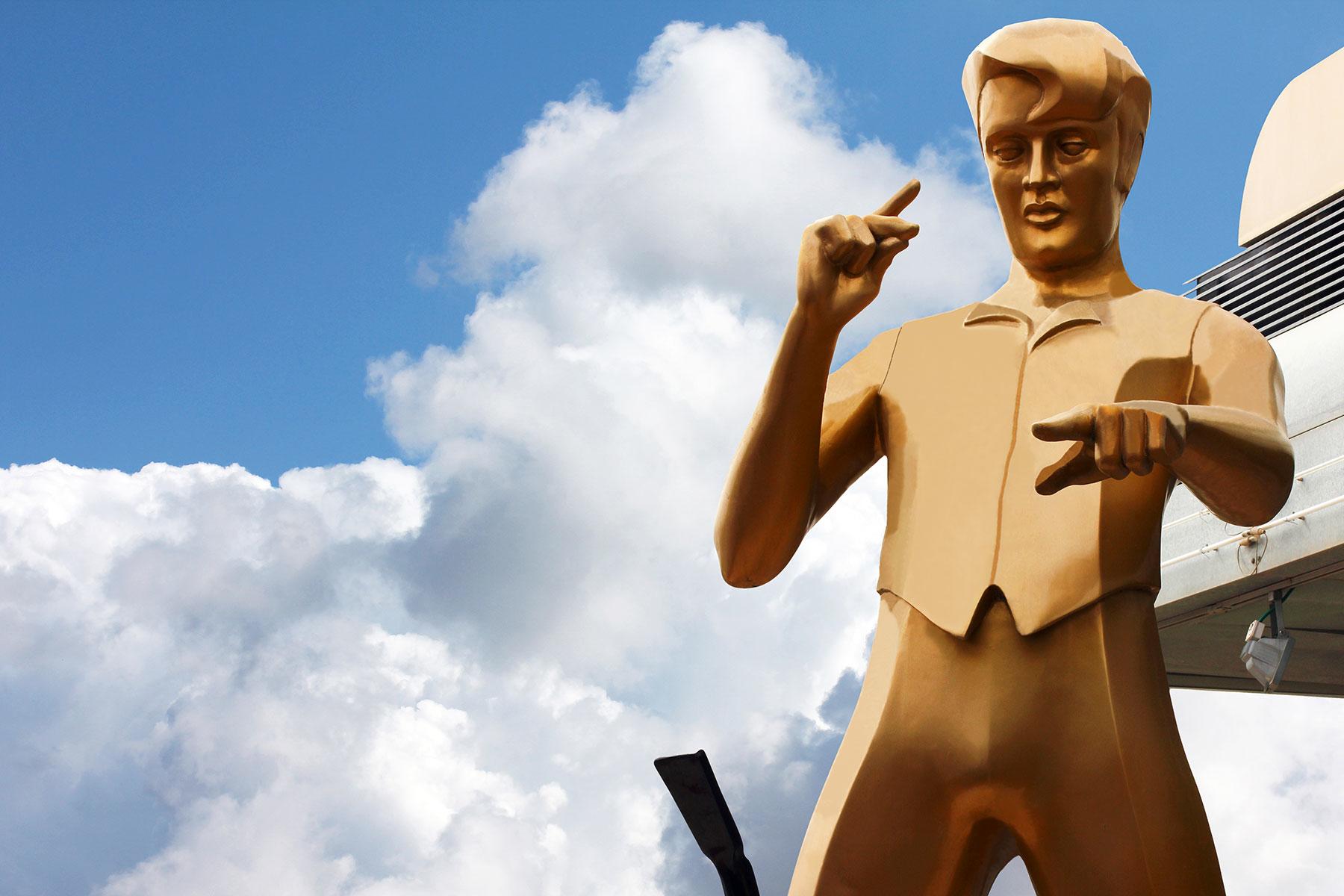 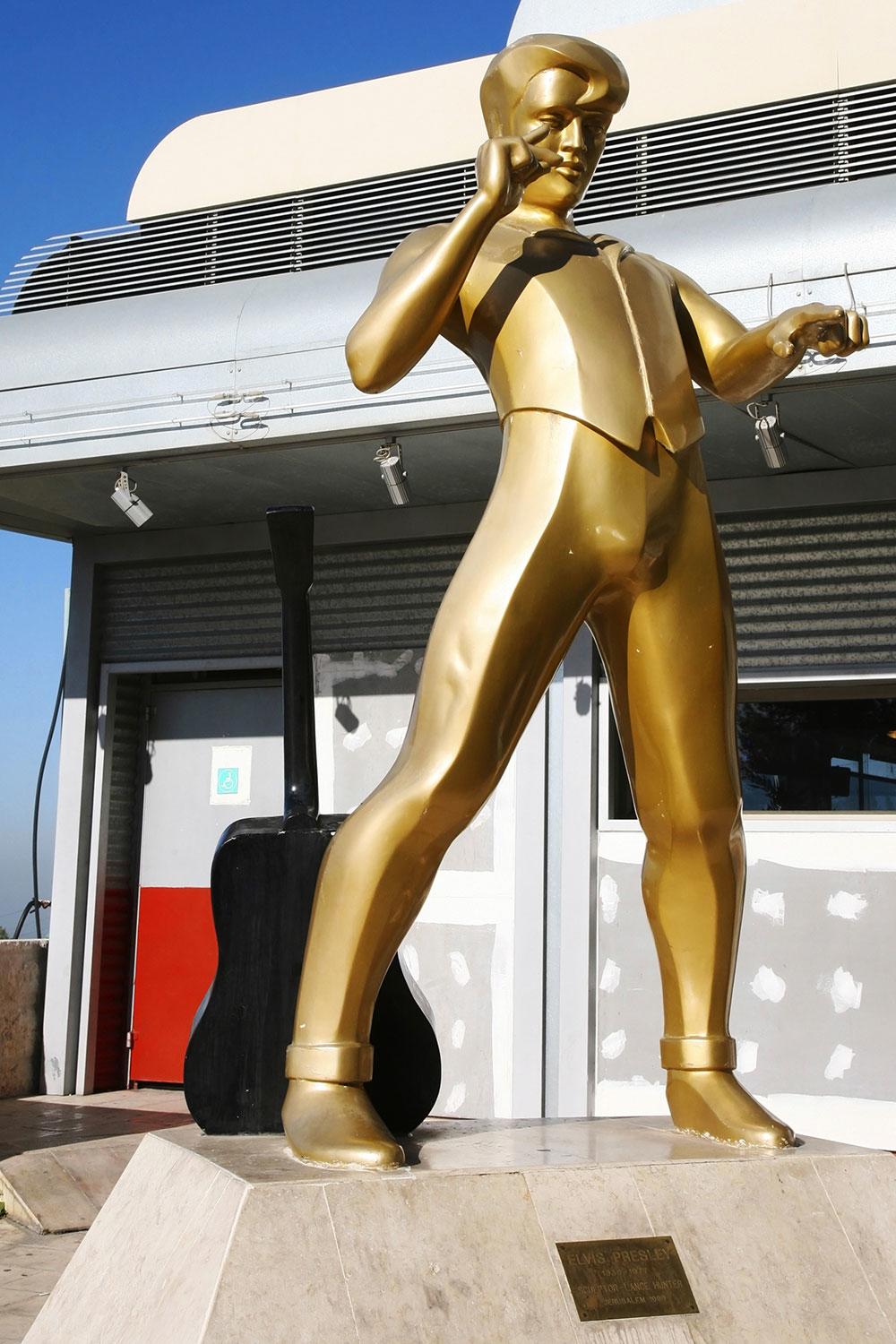 PHOTO: Solovki | Dreamstime.com
Previous Next
8 OF 9

For some reason, there’s an Elvis-themed motel in Israel and for some reason, they’ve decided to honor one of America’s greatest poets with this absurd gold statue. He looks like a drunken robot and his eerily skin-tight clothing leaves little to the imagination. 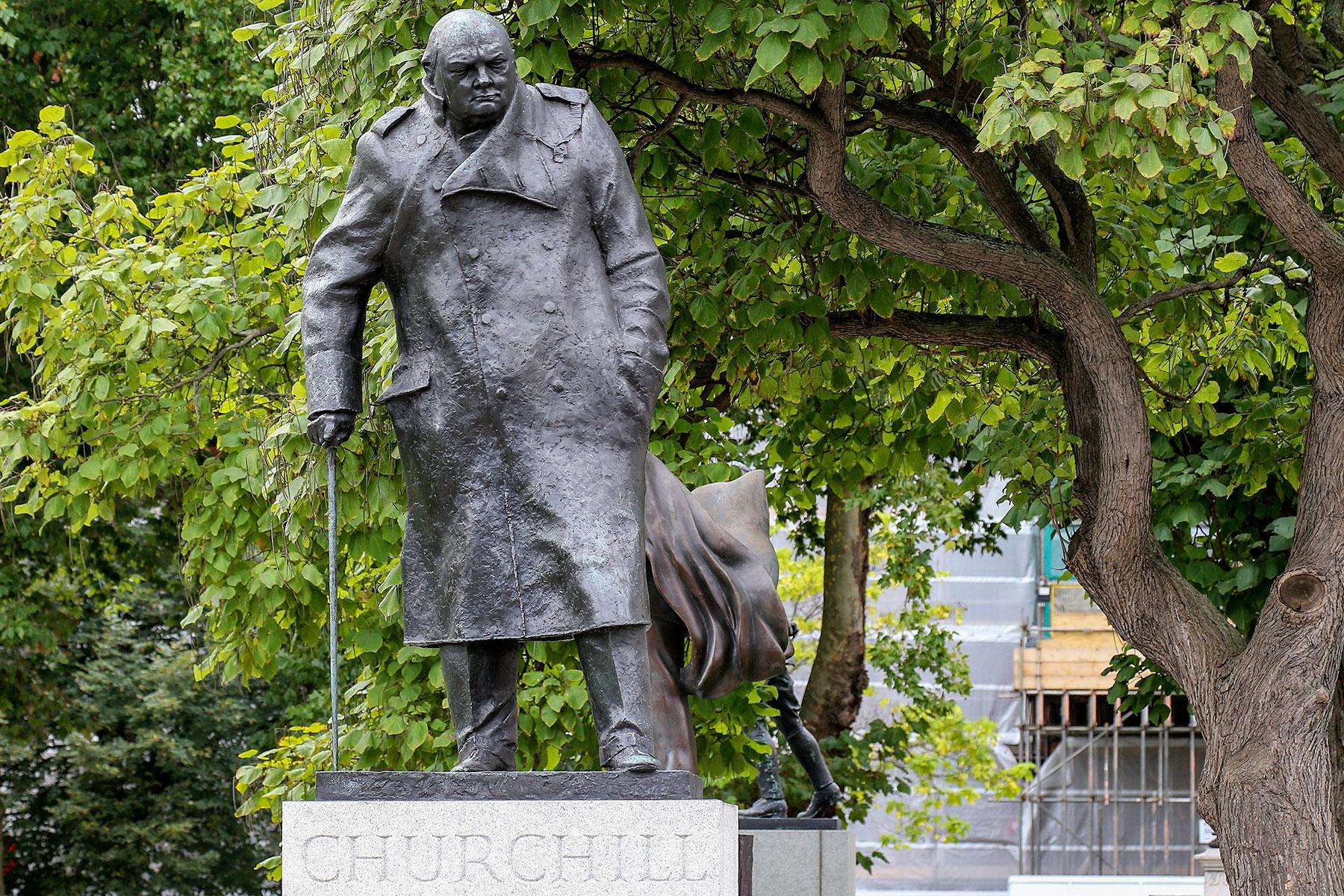 Did Winston Churchill look like Uncle Fester from The Addams Family in real life? Probably not, but this statue is trying to make you believe otherwise. This statue is huge, with a 12-foot tall body perched upon an 8-foot tall pedestal. Unveiled in 1973, the statue is located in Parliament Square.